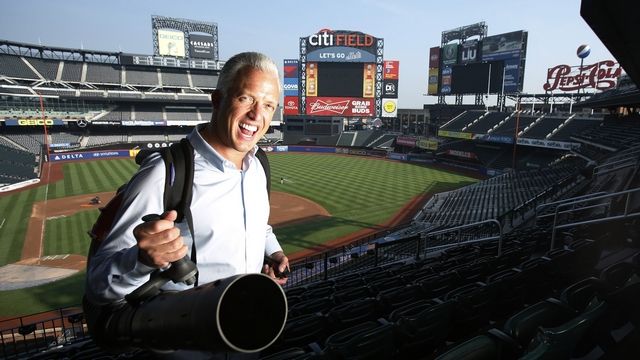 For its annual Hoffman Family Business Lecture Series, scheduled for April 1, 12 noon at the Billings Library, the University of Vermont School of Business Administration is proud to welcome UVM alum, Gary Green '88, back to campus.

Mr. Green, who is currently the CEO of Alliance Building Services, one of the largest privately held building service providers in North America, found a unique way to marry his love of baseball into a major-league opportunity for his building service operation.

In addition to leading his firm from eight people into a cleaning, security and maintenance company that today oversees 5,000 workers and keeps some of New York City's largest office buildings spruced up, he also completed a significant double by winning the contract to clean not just the NY Yankees new baseball stadium, but also Citi Field; which for the uninitiated is the baseball home to his beloved NY Mets.

Not satisfied with his New York double, Green extended his foray into the baseball world in 2009 when he and his partners bought a minor-league team, the Connecticut Defenders, a team he ultimately relocated to Richmond, Virginia and renamed the Richmond Flying Squirrels.

The Flying Squirrels, the Double-A affiliate of the San Francisco Giants, have subsequently turned into one of the great success stories in Minor League Baseball. The team drew nearly a half-million fans in its first year and led all of Minor League Baseball in merchandise sales in 2010.

Since then Mr. Green and partners have deepened their baseball ties by buying the Omaha Storm Chasers, the Triple-A club of the Kansas City Royals from its owners, who included legendary business titan, Warren Buffet.

"I’m very excited to be coming back to my alma mater and speaking to students and future entrepreneurs about my experiences both in sports and real estate" Green said. He continued "as a Mets fan, I have a little trepidation stepping back into Red Sox territory.  But hoping our mutual dislike for the Yankees makes it easier."

Aside from his speech, his visit includes breakfast with a select group of students, a visit to the new Hillel Center, the Athletic Department as well as a meeting with President Sullivan.

The Hoffman Family Business Lecture Speaker event will be held on Wednesday, April 1 at the Billings Library, beginning 12 noon, is free and open to all.