From Mongolia to Malawi, a record-breaking nine UVM students and recent grads are set to span the globe as Fulbright award winners 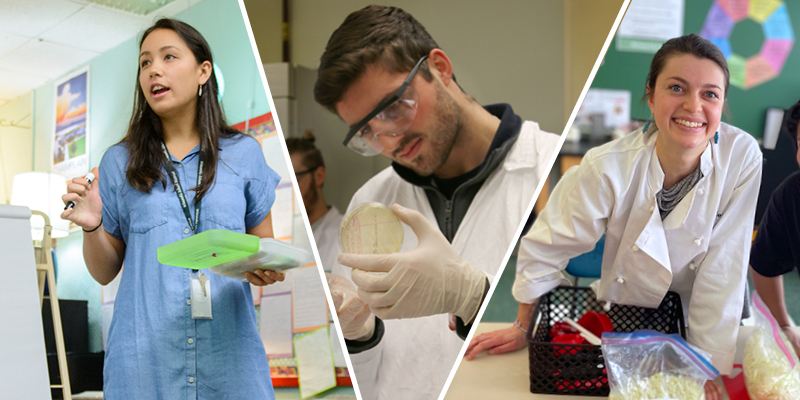 More University of Vermont students and alumni received Fulbright U.S. Student Awards this year than ever before. One of the most prestigious international exchange programs in the world, Fulbrights are designed to foster international partnership and enable graduates and recent alumni to conduct original research or teach English abroad in more than 125 countries.

Nine UVM students and alumni are set to travel the world over from the lush Apennine forests of Italy and islands of Taiwan, to the dense cities of southern Malawi and sprawling steppe of Mongolia as 2020 – 2021 Fulbright U.S. Students. An additional two have been selected as alternates to both teach and conduct research abroad. This year’s nine recipients hold the university record for most Fulbright U.S. Student Awards received in a single year, followed by seven recipients in 2013.

Discover where some of UVM’s best and Fulbrightest will be teaching and researching this coming January. 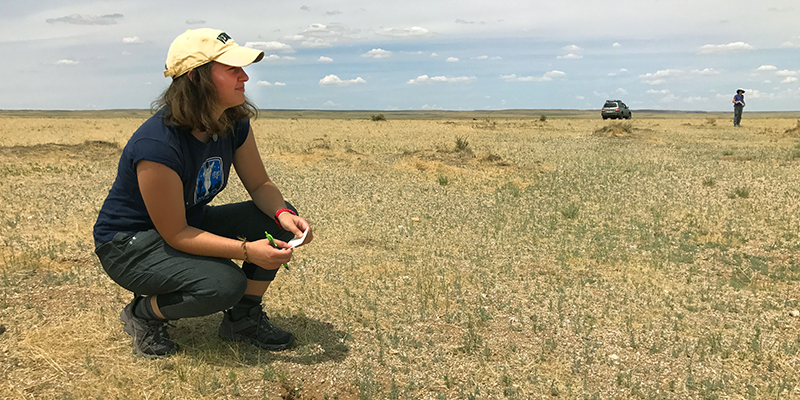 Mongolia produces some of the best cashmere in the world. But the soft, wool shearings that sustain the country’s economy and fashion demand around the world are also impacting the steppe ecosystem where the goats are herded. Among the many species in the region being affected by the booming industry, the endangered Siberian marmot is one of the most critical to the environment, says wildlife and fisheries biology student Reilly Becchina ’20.

“We consider them to be a keystone species because they’re what we call ecosystem engineers — they dig out these really extensive colonies which are then used by other species,” she says. But the cashmere industry, as well as excessive poaching, have led to a severe decline in population. In fact, research she began in Mongolia during summer 2019 revealed a 95 percent decline in marmot activity at select colonies over the course of just nine years.

“They have a lot of ecological importance and we’re trying to understand — once we take them out of the system — how does that affect the environment and other species? How do we prevent that and how do we reintroduce them to the areas they’ve been lost?”

A Fulbright Research Award will allow Becchina to continue that research in Mongolia and further investigate ways to protect and restore marmots, including educating locals on poaching concerns. “We hope to restore the Siberian marmot population but we can’t reintroduce them without working with people as well.” 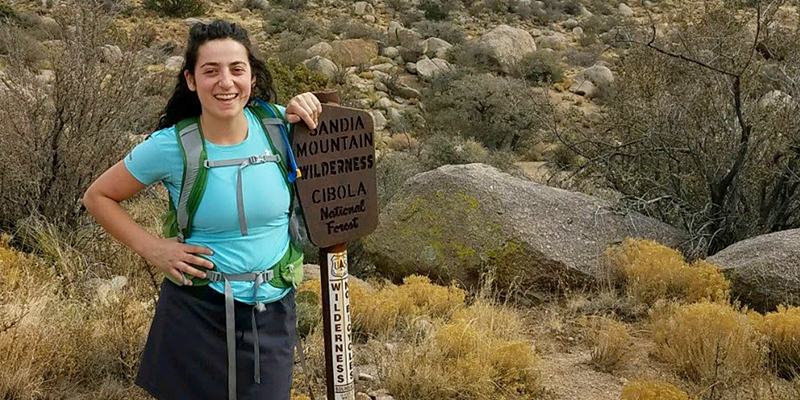 If a tree falls in the Apennine forests of northern and central Italy and no one is there to hear it, Olivia Box G ’20 will do her best to map it and document the disturbance. As a Fulbright Research Award recipient, Box — a forestry ecology graduate student — will help a team of Italian researchers develop a geographic information system map that can be used to inform long-term forest management and sustainability plans. Their work overlays historical records with geographic information about the 6,200 square mile forest.

“With climate change and human management in general, we need to learn from history and also know what is currently there. Knowing what has happened in these forests is essential to figuring out how to manage them in the future,” she says.

The Apennine forests are comprised of swaths of land that range from UNESCO world heritage sites to unprotected lands, ripe for logging with old growth. They have experienced both natural and man-made disturbances throughout history that have been well documented by forest managers, making it an ideal location for the project. Box’s time will be split between the lab, where she’ll conduct historic research on the forest, and the forest itself, where she’ll physically investigate and catalogue what is there.

“You can’t witness or record change without history. I think it’s along the same vein as species protection and biodiversity: to know what is there is to love it and to want to protect it. I see this project as parallel to a lot of the master’s work I’m doing now looking at forests after the disturbance of an invasive pest.” 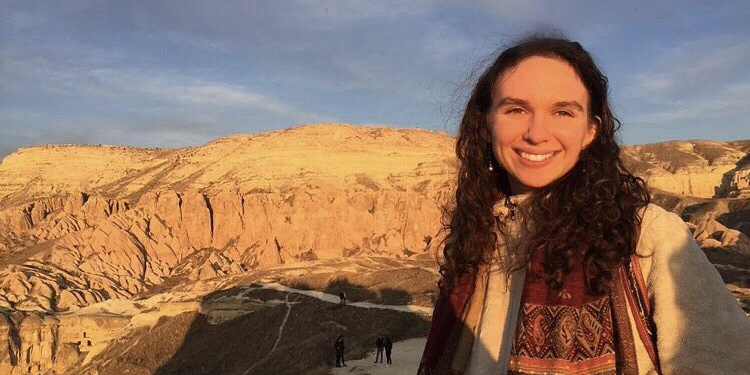 There are currently upwards of 3.5 million Syrian refugees currently in Turkey. As a cross-cultural psychology graduate student on the outskirts of Istanbul at Koç University, Gabriela Heermans ’17 spent the better part of a year immersing herself in the daily rhythms of the city and seeing how the massive influx of refugees has complicated relations, crime, finances and more there.

“I wanted to expand my horizons by going to the city center and working with NGOs there. That’s where I got the idea of going deeper into the cross-cultural psychology skills that I have and using data to explore how NGOs are working, what the perspectives of locals are and how they can bring to light and address the needs of Turkish society, especially in terms of social cohesion,” she says.

As the recipient of a Fulbright Research Award, Heermans will return to Turkey to gather qualitative and quantitative data about what motivates its residents — for example cultural, socioeconomic, religious and personal values — to volunteer at NGOs on refugee-related issues.

“I know from firsthand experience talking to locals, talking to Syrians and talking to different organizational entities when I was there that social cohesion is a big issue that needs to be addressed in Turkey,” says the psychological sciences alumna. Ultimately, she hopes to be able to use the perspectives and insights she gathers from locals there to build a social cohesion measurement tool and begin to bridge the gap between locals and refugees. 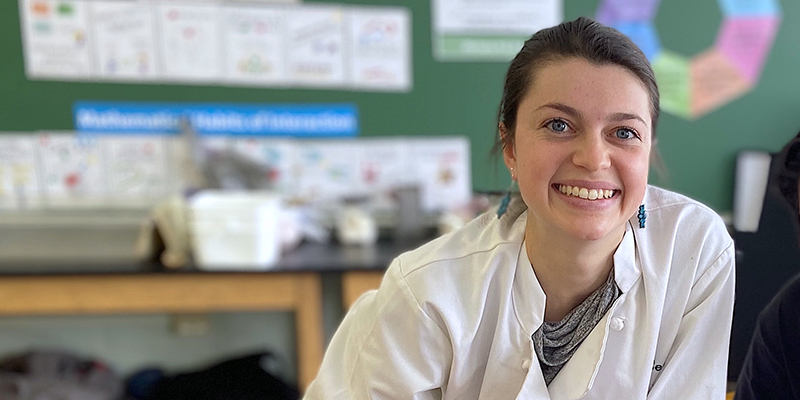 Upon hearing the news that she would receive a Fulbright English Teaching Assistant award, Maeve Poleman ’20 began planning and pulling out her English instruction books and downloading Nepali language apps on her phone.

“Several of my sixth-grade students in Winooski are from Nepal. They’ve already given me several language lessons on Google Hangouts. They also gave me a list of Nepali foods that I must eat immediately upon arrival,” says the middle level education senior.

Having participated in research with professors Cynthia Reyes and Shana Haines that took her inside the homes of refugee families and into open, passionate conversations with parents about their children’s education, Poleman’s Fulbright award builds on her interest in languages and the power of education. “It made me reflect on my own educational beliefs and how I will support my future students. Several of the families in the study were Nepali. Their stories were a part of what inspired me to apply to the Fulbright in Nepal,” she says. Learn more about Maeve Poleman. 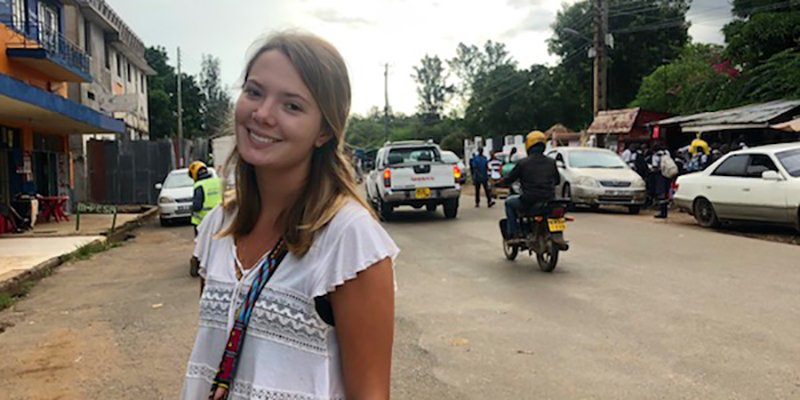 “I’ve focused my education on inequity in any way that comes about, but the biggest issue for me is public health and the social conditions and determinants of health, and I think land is a really big part of that,” explains Madison Shaffer ’20, a graduating health and society major and recent Fulbright Research Award recipient to Malawi.

Expanding on work she began while studying abroad in Kenya, Shaffer’s Fulbright research will explore gender inequities of land rights in Malawi — where, like in Kenya, legal efforts have been made in recent years to promote women’s land rights. Despite these policies, however, “There are still customary practices in place in these communities that override that legal language,” she says. In fact, around 70 percent of households in Malawi rely on women’s income from agricultural labor, but fewer than 20 percent of those households sit on land controlled by women who either work or live on it.

“If you have access to an economic resource like land, you’re going to feel more empowered in your own health,” she says. In fact, everything from physical safety and mental health to food access can be tied to land ownership. To improve conditions for these women, Shaffer will focus on collecting their stories through interviews and questionnaires.

“I want to see if women feel like they can access land, and if they can’t, what are the barriers that they have realized or experienced in their lives? If I can record that and piece it together, it would be helpful in moving discussions forward of more equitable land laws in Malawi and in other countries in Africa that are experiencing similar problems,” she says. 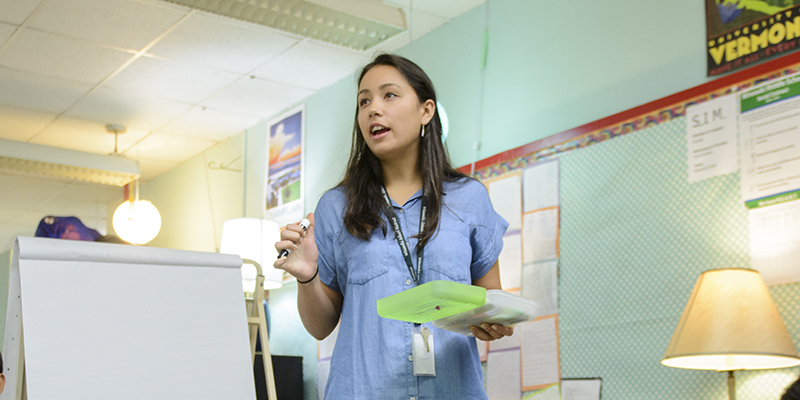 “It's an amazing opportunity and it still feels a little unreal," says middle level education senior Camilla Thomassen-Tai ’20 of her Fulbright English Teaching Assistant award to Taiwan. Her mother is a first-generation American originally from Taiwan, and Thomassen-Tai has other family members there still she visited once more than ten years ago.

“I feel like it's a part of my identity that I've never really had the opportunity to explore. I'd love to learn more intimately and first-hand about Taiwanese culture and traditions as I bring my experiences, qualifications and perspectives to a new classroom and community abroad,” she says.

She believes the experience abroad will help her become a better teacher and a more empathetic global citizen. “Changing the world for the better begins with teachers who strive to create lifelong learners with a passion and a sense of responsibility for their communities, both large and small,” she says. Learn more about Thomassen-Tai. 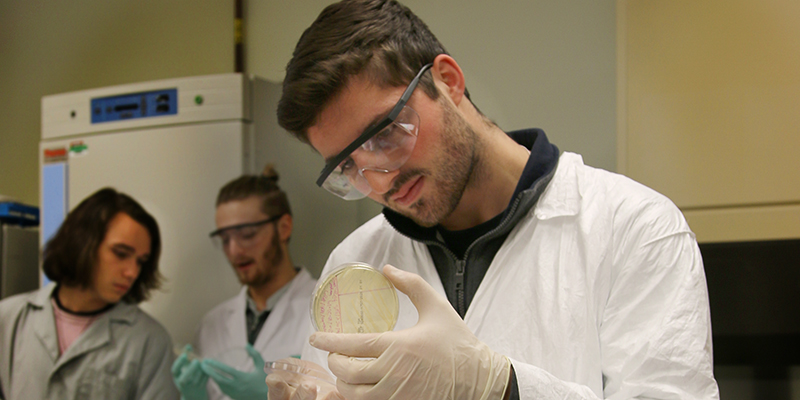 “The guy at the hospital with kiddos,” says Vermont native James Whitley ’20, “that’s what I’m known for; especially with Rallython, a yearlong fundraiser for the UVM Childrens Hospital.” As the biological science major and aspiring pediatrician wraps up his final semester at UVM, he makes it clear that becoming an effective doctor also requires being a strong teacher and communicator. He’s hoping to hone both those skills when he heads to Taiwan as a Fulbright English Teaching Assistant.

“Teaching is a very important part of medicine — whether its teaching your patients about their diagnoses or lifestyle changes, or teaching other doctors or even being taught by other doctors or nurses or patients, there are all these two-way interactions occurring where specifically being able to facilitate information is important,” he says.

Having overcome a family health hurdle during his time at UVM, Whitley knows all too well the difference connection and communication can make in critical settings. It’s his family’s experience at UVM Medical Center’s pediatrics unit that turned his attention to medicine. “That pushed me in a direction that was working with children not in an educational sense, but in a scientific and educational way. It was a really pivotal moment for me to see the interaction and impact that had on my family dynamic, and I want to do that for other families,” he says.

Whitley plans to take the Medical College Admission Test before he embarks on the once-in-a-lifetime experience abroad. The detour through Taiwan to medical school will undoubtedly challenge Whitley, who has seldom ventured outside of the U.S., but the hurdle is exactly what he’s looking for.

Congratulations to all our 2020 – 2021 Fulbright recipients: Reilly Becchina, Olivia Box, Gabriela Heermans, Angela Karas, Eleanor Moody, Maeve Poleman, Madison Shaffer, Camilla Thomasen-Tai and James Whitley; as well as to our selected alternates: June Guo and Annie Wernhoff. They join more than 100 UVM students and alumni who have won or been finalists for prestigious scholarships and fellowship competitions ranging from the Fulbright to the Rhodes in the last five years. Learn more about how UVM supports students and alumni through the Office of Fellowships, Opportunities and Undergraduate Research.

Writing for this piece contributed by Doug Gilman.