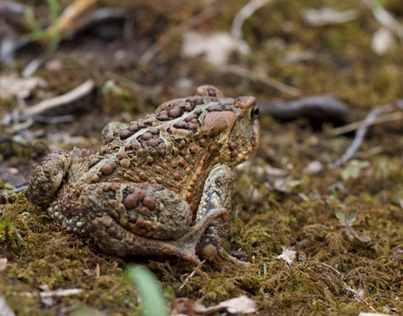 After an initial amphibian survey and establishment of monitoring protocols, populations of amphibian species have been monitored almost annually on Mount Mansfield since 1993. This monitoring has established baseline information of abundance for the species caught in drift-fences from which trends in abundance over time can be discerned. The monitoring also records changes in number and type of obvious external abnormalities as well as gathering inventory data for the Vermont Reptile and Amphibian Atlas, along with basic natural history on the species present. Amphibians are targeted for this kind of study because their multiple habitat usage and permeable skin make them especially sensitive to changes in environmental conditions and land use patterns. This is the longest-running set of amphibian monitoring data in the state.

Currently, drift fences are located at two elevations on the west slope of Mt. Mansfield: two at 1200 feet and one at 2200 feet. Amphibians that encounter a fence must turn to one side and many eventually fall into a bucket. Lids are removed from the buckets in the late afternoon on rainy days, and the captured amphibians identified and counted the following morning

Due to an anticipated break in the funding the drift fences were removed from Mt. Mansfield during the summer of 2015. Luckily, funding was restored, the fences were reinstalled in May of 2016 and data collection restarted in June of 2016.

Because the re-installation of fences occurred in the summer of 2016, no data were collected in April and May 2016. In order to be able to continue comparing year-to-year results we needed to have a full year of results, including a spring migration in April and May. We chose to include the data collected during April and May 2017, as it was the closest chronologically to the 2016 field season and encompasses one full year. For the rest of this report, when we refer to amphibian data collected in 2016 in the figures and tables, we are including those two months of data from 2017.

The big news from this data set is that adult Spring Peeper captures were way up from 2014 (the last year that comparable data were collected from Mt. Mansfield). Although the long-term trend has not turned around yet, the increased number of adult Spring Peepers caught during the 2016/17 monitoring (mostly in early 2017) may signal the beginning of a recovery.

Table 8. Monitoring results from drift fences on Mt. Mansfield in 2016-17. 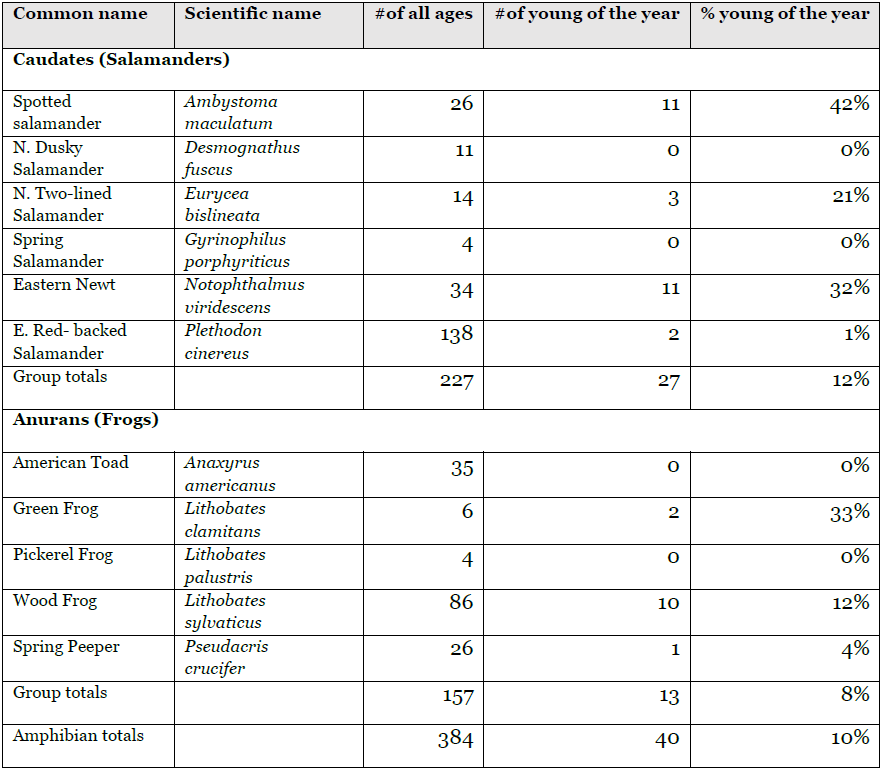 In 2016/17, all the usual caudate (salamander) species were caught as adults, including Spring Salamanders (Gyrinophilus porphyriticus). Young of all of these salamander species except Northern Dusky (Desmognathus fuscus) and Spring Salamanders were also caught.

In 2016/17, all adult anurans (frogs) were found, but no young American Toads (Anaxyrus americanus), Pickerel Frogs (Lithobates palustris) or Gray Treefrogs (Hyla versicolor) were found. Only one juvenile Spring Peeper (Pseudacris crucifer) was detected, and none were detected during the 2014 field season.

The American Toad (Anaxyrus americanus), the Wood Frog (Lithobates sylvaticus) and the Eastern Newt (Notophthalmus viridescens) exhibit great annual variability in populations, so declines in these species may be followed by a multi-year increase, and are not of concern, unless the decreases continue. Other species, such as the Pickerel Frog (L. palustris) and the Northern Two-lined Salamander (Eurycea bislineata), have too low sample sizes for accurate conclusions.

Among the other species monitored, the Spring Salamander (Gyrinophilus porphyriticus) count was up from the previous season but the Northern Dusky Salamander (Desmognathus fuscus) count was down. Both the Green Frog (Lithobates clamitans) and Red-backed Salamander (Plethodon cinereus) counts were down but the long-term trends for these species are still increasing. 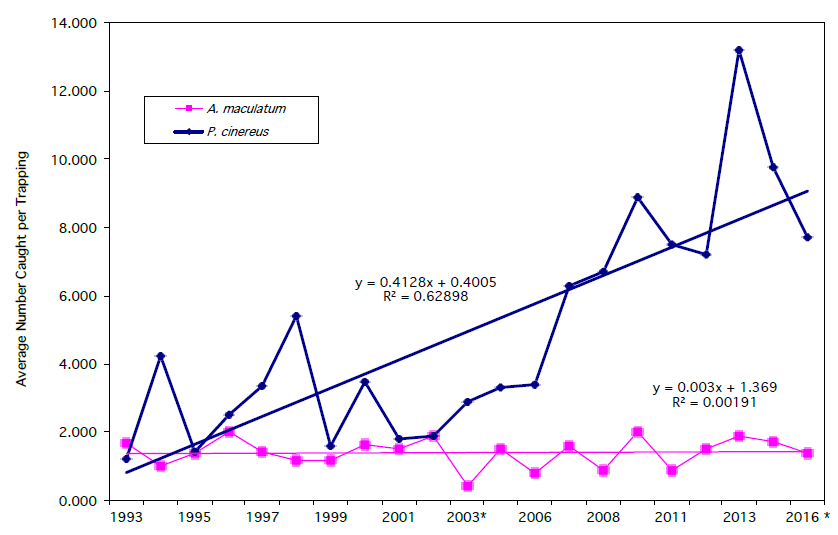 Long-term trends in amphibian populations vary year to year and in protected habitat, amphibians can generally hold their own. The major threat to populations is habitat loss and fragmentation due to development. Climate change is also problematic causing annual cycles to be disrupted. A late frost or spring drought can significantly impair amphibian reproductive success. The Mt. Mansfield site is relatively undisturbed by development making it more useful for detecting changes caused by climate or other abiotic factors.

Over the length of the record, Wood Frog YOY showed a high in 2003 of 59% when Spotted Salamander YOY were also high at 50% during the same year. In contrast, Wood Frogs showed their lowest percentage of YOY in 2012 (4%) while Spotted Salamanders were at a high 40%. One possible difference is that Spotted Salamanders are more resistant than Wood Frogs to a variety of potentially threatening conditions such as predation, short-term draught, winterkill and late season freezes in their breeding ponds. The spring temperatures have varied a great deal in the past few years with some Wood Frogs moving at record early dates elsewhere in Vermont. This could result in fatal freezing temperatures after eggs were laid. Spotted Salamanders over-winter well below the frost line. In contrast, Wood Frogs freeze and thaw in the leaf litter and are very susceptible to winter kill if soil temperatures drop low enough. Another interesting correlation is that the increased annual variation of Spotted Salamanders began in 2002, the same year that Green Frog populations soared, Wood Frog populations peaked, and Eastern Red-backed Salamanders began their impressive increase. The different life histories of these species may provide some clues as to what is driving declines in Spring Peepers at the same time that we see long-term increases in other species such as Eastern Red-backed Salamanders.

The long-term monitoring studies of amphibians are very valuable due to their sensitivity to land use changes. These data may lead to answers of questions beyond amphibian natural history. In coming decades, newer challenges to the forest ecosystem may be identified by examining this record, which was originally started to assess the influence of certain pesticides on the environment.

The data collected about reptiles and amphibians from Mt. Mansfield, Lye Brook, and from the participants in the VT Reptile and Amphibian Atlas have been used to provide conservation information to private individuals, companies and organizations and governmental units. Biologists from the Green Mountain National Forest asked for advice on reptile and amphibian management, private foresters consider herptiles in their management plans, citizens and the Vermont Department of Transportation assist in road crossings during spring migratory periods, and critical habitat for rare or threatened species has been purchased. All species benefit from these conservation measures. The continuing decline of several species of amphibians in Vermont should be cause for concern for all of us. 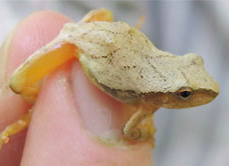 Adult Spring Peeper captures in 2016/2017 surpassed those of 2014 showing potential recovery in light of long-term trends of decline.