“Our mission is to provide professional response to sudden-onset disasters,” Black explained. “We have training in local laws, know how to coordinate response with and government and non-government agencies and are prepared for problems we are likely to encounter.”

Two days after the hurricane made landfall she arrived in North Carolina and stayed for a week. The remote, rural landscape surprised her, she said, noting that the people who suffered most were farmers, small business owners and those who struggle financially. She recalled her experience:

“When we first arrived we attempted to get out to Morehead City on the coast. The roads were flooded and we had to turn back. The next day we got through to a regional hospital that was operational with generator power. They were inundated with people who were homeless, with all their possessions washed away. There were a lot of skin infections from being in the water, carbon monoxide poisoning from generators, insect and spider bites. Everybody needed tetanus shots, but the tetanus needed to be refrigerated and many vaccines had to be thrown away. Doctor’s offices were closed so people didn’t have their hypertensive medicines and their blood pressure was high. What was really needed was primary care, good nursing care and wound management.”

After attending the UVM School of Nursing, Black completed her Master’s degree in Public Health Policy and subsequent medical education at the University of North Carolina at Chapel Hill. Dr. Black’s clinical experience has been in both Emergency Medicine and Internal Medicine. Dr. Black’s work has included a variety of projects involving disaster relief, access to care, maternal-child health, and gender-based violence. Her disaster response work includes the 2014-2015 Ebola outbreak in Liberia, the 2010 Haiti earthquake and the 2003 Super Typhoon in Micronesia.

“My education in nursing has been the foundation that has allowed me to practice compassion for people who are suffering,” she said. “I feel fortunate that I have that and I can mentor clinicians the importance of compassionate, collaborative teamwork.” 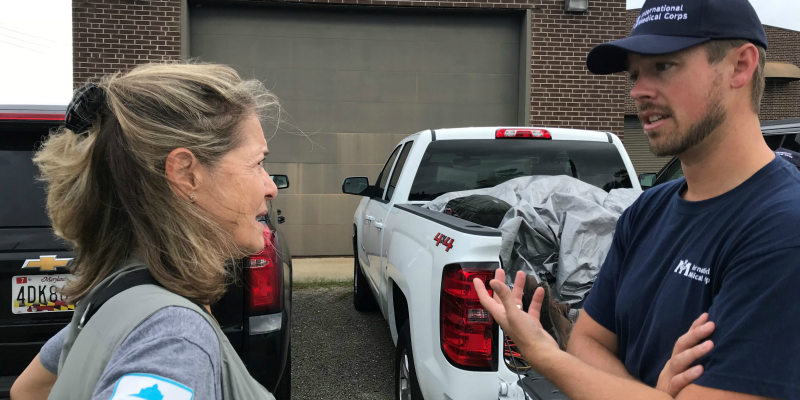