Paying People To Get Vaccinated? It Works, UVM Researcher Finds 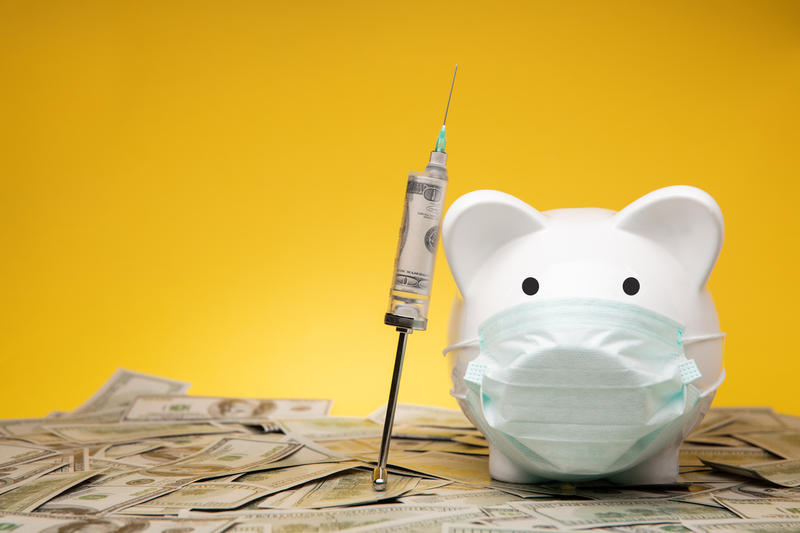 There are now two vaccines approved for emergency use in the United States to fight the coronavirus. Both require two doses, spaced about 21 days apart. Public health experts want to get as many shots into as many arms as possible to achieve widespread immunity, but they must first overcome vaccine hesitancy, suspicion and other obstacles. So why not just pay people to get vaccinated?

Mitch Wertlieb: The goal of your paper is to promote what you call “vaccine adherence.” Explain what that is, what the goal is here and what the obstacles [are] to fulfilling it.

Stephen Higgins: So there's natural motivation [to get vaccinated]. I know I'm sitting on the edge of my chair, just waiting for my age group to be called and I'll be there. But there are other individuals who, as you described, have reservations.

And there was speculation that I was running into at different levels — a lot of it in the mainstream media, [like] The New York Times — about whether financial incentives could be helpful. There were articles pro and con, and I just happened to be an expert in that area — that's an area that I had been researching since the mid-1980s. And I was surprised that, while people were opining both ways, no one was stopping to look in the scientific literature to see what it may say about this topic. And so we did so.

I'm glad that you did because anecdotally of course, you hear, "Oh, financial incentives, we know money is a motivating factor for people." But you did dig into past examples to show that incentives can work. What did you find out?

That's right. The evidence is pretty strong that they can be very helpful. And the evidence, of course, was not in COVID. That would be ideal, but unfortunately, those studies have not been done. But we have another bit of an epidemic going and that is the opioid crisis — and that has not gone away.

What the opioid epidemic has done is drive up the prevalence of hepatitis B infections. One group that's at risk for contracting that virus are intravenous drug users. And so the vaccine for that is effective, but it requires three doses separated in time — three injections. The challenge has been: how do you get intravenous drug users to adhere to that challenging regimen?

More from VPR: Confused About Antibodies? Let Our Comic (Featuring Many Llamas) Explain

That certainly sounds encouraging. Does your latest paper suggest a financial incentive amount?

We estimated [it] may around $300, based on the studies on vaccines and studies just looking at how well you can enhance motivation. There's what’s called an “abstinence test” that you can do with seriously addicted individuals. You offer them an incentive of $100 or $200 to come back to you in three days, showing that they haven't used any drugs during that period. And you can get a surprising increase in abstinence with that kind of amount of money.

Even if we're talking about the lower amounts of money, though, I have to ask the nonscientific question: Where would the money come from?

Well, who's paying for the vaccines right now? The answer is that the federal and state governments would be covering all costs, but they are also looking to insurers. So when you sign up here in Vermont, if you have health insurance — you don't have to, but if you do — you provide your insurance information. And I think we'd want to do the same thing here.

Private insurers are willing to kick in to make sure that we get the insurance we need for herd immunity, which is going to be, in the long run — you would think — advantageous for everyone, insurers too. CMS, Medicare and Medicaid — all the sources would have to commit to supporting the effort. Which is — again, we have to keep our eye on the ball — achieving the level of vaccination that we need for herd immunity.

Right now, Vermont's health commissioner is saying there just isn't enough of a supply of the vaccine to get everyone inoculated as quickly as the state would like. Even if these financial incentives would prove effective, does that lack of supply, at least in the short term, change your thinking on a financial carrot for people to get the vaccine?

I don't think so. I mean, I think it's another challenge in getting to the goal. You know, if it's delayed months, then I guess the kind of population that you're trying to entice with the incentive is likely to be distracted and on to other issues.

More from Vermont Edition: Is Vermont Doing Enough To Address Racial Inequities In Its Vaccine Program?

Well, we've talked about the carrot approach here. Let me ask a question about the stick. Would a simple mandate, let's say: you must get this vaccine — would that work?

For the same reason that financial incentives work, punishment would work as well. And I could go into the psychology behind that.

But the one feature of punishment that we should consider before going that down that route [is], people may just dig their heels in further about not complying, out of an emotional reaction that they could be punished. That's a well-known characteristic of punishment, that it engenders a  negative emotional reaction to those who were threatened with the punishment, and people trying to undermine the source.