Dispatched to the Epicenter 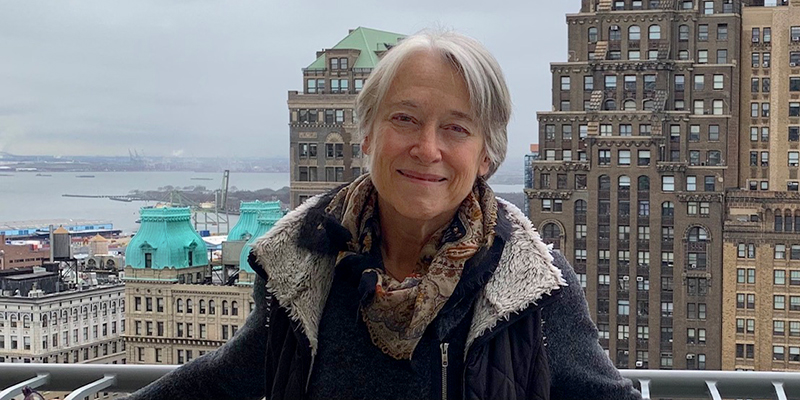 After a particularly challenging day coordinating New York City's response to Covid-19, Deborah Kim ’75 returned to her Brooklyn hotel — and an act of kindness. The hotel staff opened the rooftop for her and escorted Kim up for a moment of peace and some fresh air.

“Echo, Sierra, Foxtrot and the number eight,” Deborah (Sample) Kim ’75 says, rattling off the acronym for Emergency Support Function #8, ESF8. In the face of disaster, government officials can activate any of the fifteen various support units that compose the U.S. National Response Framework for assistance. As one of those units, ESF8 is the mechanism used to supplement public health and medical services at the local and federal levels. Running toward danger with an ESF unit isn’t for the faint of heart, but Kim’s unique experience in clinical healthcare settings and with emergency preparedness made her an ideal candidate to leave her home in Santa Fe, New Mexico, behind to help New York City tackle Covid-19.

Tapped by a former colleague to help, Kim spent nearly three weeks at the New York City Office of Emergency Management in Brooklyn coordinating logistics for the city and helping leaders understand the scope of the pandemic. She distilled complex medical information and guided officials through granular details, like what happens to a patient’s blood pressure when they are intubated and on a ventilator and how many power outlets each medical machine requires.

“The first week was drinking from a firehose. When you jump into it, you don’t hit the ground running; you just go as fast as you can and then you go home and pass out on your bed. And then you get up in the morning and do it all again,” she says. Her recent trip to New York was the fourth time she’s been deployed somewhere in an emergency situation.

But this situation was unlike anything she’d ever seen before, just hypothesized. In fact, she recalls preparing for an eerily similar scenario for a disease modeling project to explore how a biological event or infection might multiply and spread from one person to the next. “To see it happen in real-time and so fast — so fast. I’m still processing that. It’s still happening,” she says.

During her weeks helping New York City get its bearings on Covid-19 and coordinating its response to the biological disaster, Kim saw first-hand the racial disparities in infected patients and the destruction it caused. She eventually ran out of disinfecting wipes she brought with her from home and — because of supply shortages in New York — had her neighbor back home package and ship extra wipes from in her pantry in Santa Fe to her hotel room in the epicenter of the pandemic.

And after many long days and tearful conversations at night, Kim finished the job she came to do: New York had stabilized. For as tough as the work was, she says it was equally as tough on her to load onto a plane in her N95 mask and leave the situation behind. “My heart is in New York.”