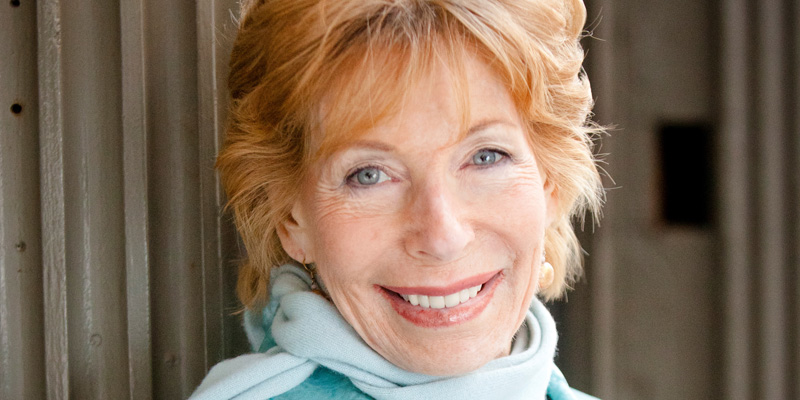 Gail Sheehy ’58, a pioneering journalist and world-renowned author, will deliver the address to graduates at UVM's 215th commencement ceremony, Sunday, May 22.

A 1958 University of Vermont alumna, Sheehy launched her career in New York as one of the first women journalists in national media in the 1960s, at the birth of the second-wave feminist movement. A prolific writer, she has authored 17 books and hundreds of magazine articles; she is a founding writer of New York magazine and has been a contributing editor to Vanity Fair since 1984. Her seminal work Passages was named by the Library of Congress as one of the 10 most influential books of our times.

Sheehy began writing for the startup New York magazine in 1968, one of a tight cadre of literary colleagues including Tom Wolfe, Gloria Steinem, Nora Ephron, and Clay Felker developing a style of narrative journalism that brought a compelling personal voice to investigative reporting. As a young magazine writer her fearless, exploratory style offered her entrance to the center of her subjects’ milieu. She dispatched reports from inside the radical leftist movement at Columbia University, the internal trials of the Black Panthers, violent prostitution rings in New York City, and from the frontlines of the civil conflicts in Northern Ireland.

Later, as a biographer, interviewer, and profiler of world leaders, her work made a great impact on the public’s understanding of what shapes world events and the people behind them. From bestselling biographies of Hillary Rodham Clinton and Mikhail Gorbachev to profiles of Margaret Thatcher, Saddam Hussein, George W. Bush, Barack Obama, and many others, Sheehy makes complex, powerful figures and their approach to decision making understandable on a human level.

Sheehy has won numerous awards for her journalistic work. She is the recipient of the Washington Journalism Review Award for Best Magazine Writer in America, is a seven-time recipient of the New York Newswomen’s Club Front Page Award for Distinguished Journalism, and was awarded the 1973 National Magazine Award for Reporting Excellence for her article on prostitution rings in New York City, to name a few. Most recently she has published her memoir, Daring: My Passages, and launched The Daring Project to highlight stories of women around the world breaking through boundaries to advance social justice for all.

For more information about the University of Vermont’s 215th Commencement, visit www.uvm.edu/commencement.