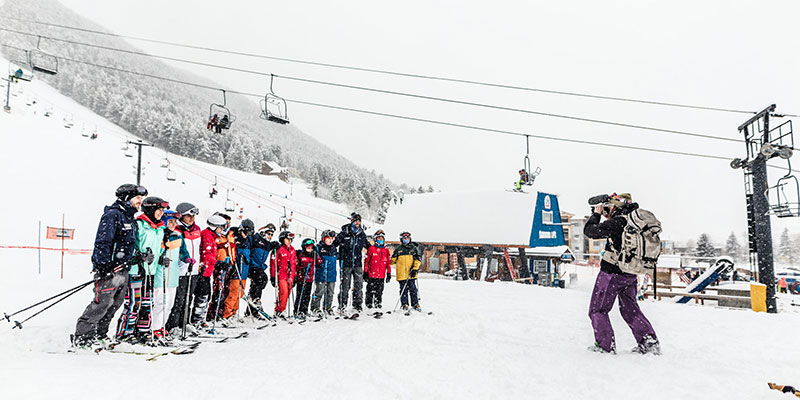 In popular ski towns across the U.S., communities of Latinx immigrants work behind the scenes to keep the lights on in their towns. In her latest documentary, filmmaker Hilary Byrne ’11 explores the complex web of immigration laws that stifle this quiet workforce, and hits the slopes they turn to for temporary relief from life on the margins. (Photo: Leslie Hittmeier)

With a camera in-hand, Hilary Byrne ’11 trailed closely behind the characters of her latest documentary, weaving in and out of their ski tracks to get the shots. But as challenging as filming and simultaneously bombing down a mountain may sound, “that wasn’t the hard part; that came with the territory,” the outdoor sports filmmaker says.

What challenged Byrne instead and kept her awake at night was the anxiety she felt for her film’s characters: documented and undocumented immigrants. Her short film “The Quiet Force” sheds light on large populations of Latinx immigrants and their families who live, work and ski year-round in resort towns like Jackson Hole, Wyoming, and Mammoth, California.

“They are the silent force that’s holding up the service economy in these ski towns. They really put their heads down, work hard and have kind of gone unnoticed in these communities,” Byrne says. She estimates that Latinx immigrants account for 30 to 40 percent of residents in these destination ski towns. “When we started the project, there were people who didn’t realize that.”

Byrne and her co-director Sophie Danison got the film off the ground in 2016 after building trust with individuals connected to those communities, but quickly hit a rough patch. “We started developing the idea,” Byrne explains, “and then Trump got elected. And then it became even more relevant. The story shifted from being less about Hispanic integration and the outdoors to being more about the bigger picture of immigration and immigration policies. We kind of went for it a little more.” 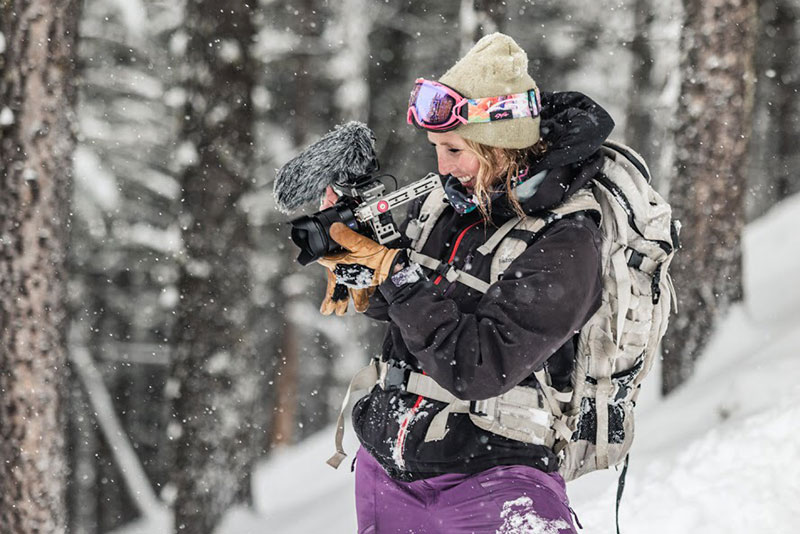 They interviewed restaurant servers, carpenters and hotel staff — all immigrants — as well as children of immigrants, nonprofit organizations, law enforcement officials and business owners for the film. What they discovered and depict in “The Quiet Force” is just how inefficient and complex U.S. immigration laws truly are, and how they directly compete with employment and economic needs in these towns.

One local business owner in the film explains that it took him more than four years and nearly $20,000 to sponsor his kitchen manager, whom he describes as a model citizen. “It’s really difficult and arduous and inaccessible for anyone who doesn’t have access to that kind of capital,” he says in the film.

Meanwhile, an immigration attorney in the film says that since 9/11, immigration laws have all but forced her clients to go undocumented if they wish to stay in the U.S. permanently. “Frankly the law is set up so that we cannot get the necessary worker visas that we need. We cannot get the permanent resident cards the way that we need,” she explains.

Cognizant of the risk they put their characters in, Byrne and Danison worked with the immigration lawyer to ensure they protected identities of those in the film. “The hardest part was sleeping at night and not knowing if we were doing something that was going to help and not hurt these people. At the same time, the political rhetoric was rapidly changing and it became more of a scary thing. ICE [Immigration and Customs Enforcement] raids became more prevalent and that made it scary for some people. We really had to tiptoe,” she says.

Byrne and Danison cut the tension with powerful shots of the outdoors and narratives about what skiing means to this unique community—a sentiment Byrne can relate to as an avid skier. They followed Diana, a psychology student and server, on an arduous ski tour that helped take her mind off the stress of waiting for her DREAM Act application to process. For her, the physical, mental and financial challenge of skiing “pushed me to be somebody I wanted to be,” she says.

This is the part of the story that Byrne hoped to and felt most compelled to tell. Both she and Danison originally teamed up for the project after ruminating together over the uninspiring confines of the productions they worked on at their day jobs in the outdoor adventure industry. Byrne wanted to pivot her outdoor filmmaking skills toward a story that had “some more meat to it.”

Admittedly, that appreciation for storytelling was something she had to develop over time. Byrne recalls being more interested in the technical aspects of filmmaking as a student at the University of Vermont than the theories and underpinnings of storytelling emphasized in her curricula. In hindsight, she’s grateful her courses ingrained in her a timeless skill rather than a mastery of temporary technology.

Like all good stories, Byrne’s experience came full-circle when she screened “The Quiet Force” at UVM for an audience of students, faculty, staff and community members in the spring. A panel discussion with faculty experts and immigration professionals followed the screening and offered viewers a chance to learn more about what they could do to assist members of their own communities who might be facing similar conditions right here in Vermont.

“We need to be good neighbors,” Byrne says. “These people are human, too, and want the same things and desires out of life. Why should that be so much harder for some people?”