The Office of International Education staff members bring many experiences and backgrounds to their work. What we have in common is a passion for international education and working with our students and clients. Meet our staff below, including our Study Abroad Team and International Student, Scholar, and Employee Services Team. 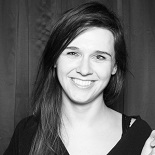 Emma Swift
Emma has worked at UVM since 2012 and was appointed the Director of the office in Fall 2022. Prior to this, she served as the Associate Director for the office for many years, overseeing UVM's international student, scholar, and employee services. Emma completed her undergraduate and master's degrees at the University of Illinois at Urbana-Champaign. She has lived, studied, and worked abroad, including six years in Germany, a college study abroad experience in Spain, and a year teaching and researching at Trường Đại học Quy Nhơn in southcentral Vietnam as a Fulbright fellow. Emma has presented and published widely within and outside of international education and has held regional and national roles for NAFSA (Association of International Educators). This includes serving as a Dean for the Assessment and Evaluation curriculum, sitting on the Governmental Regulatory Affairs Committee (GRAC), training as a member of Trainer Corps, serving as the Vermont state representative, and a host of other volunteer roles. She is an elected member of the ISEP (International Student Exchange Program) Council of Advisors. At the University of Vermont, Emma is a member of the University Diversity Council and sat on the President's Commission for Inclusive Excellence prior to transitioning to the UDC. In her free time, Emma loves biking by the lake, caring for a garden, and learning how to speak Portuguese. 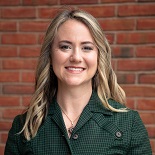 Caylie Middleton
Caylie is the Assistant Director of Education Abroad in the OIE and started at UVM in 2022. She leads the study abroad advising team and travel study programs. Caylie received a B.A. in Modern Languages, Linguistics, and Intercultural Communication and French from the University of Maryland, Baltimore County (UMBC). She also received an M.S.ed in International Higher Education Leadership from Old Dominion University. She is currently working on her PhD in Language, Literacy, and Culture at UMBC. Caylie studied abroad in France through ISEP for one year and studied abroad in Italy two times on short-term programs. She has worked as a study abroad and international education professional for over 12 years and brings to UVM experience in international crisis response management, study abroad program development and administration, intercultural training, team mentorship, and student development. She has served on the ISEP council of advisors and is actively engaged in international education professional organizations including NAFSA, the FORUM, AIEA, and the Global Leadership League. Caylie is from Baltimore, Maryland and enjoys spending time with her family, two dogs, and traveling. 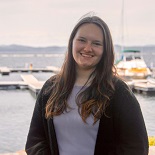 Hayley Barriere
Hayley is the Education Abroad Programs Coordinator at the Office of International Education and started at UVM in 2022. Hayley primarily works with faculty-led Travel Study programs. Originally from Shaftsbury, Vermont, she is a UVM alum and graduated in 2019 with a degree in Global Studies. As an undergrad, she studied abroad for a semester in the Netherlands and wrote a bachelor’s thesis on the ways immigrant criminality is represented in the media. Hayley also held several student-employment positions at the OIE as a student, and then worked full-time in the front office for a year after graduating. After a two-year hiatus, Hayley is excited to be back at the OIE in a new role! In her free time, she enjoys riding her bike, skiing, searching for the best creemees in the state, and tending to her houseplants. 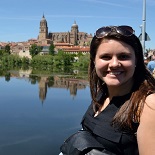 Carolyn Bernegger
Carolyn is a Study Abroad Advisor at the Office of International Education and has worked at the University of Vermont since 2017. She advises students pursuing study abroad in the Americas, Scandinavia, Spain, and Portugal. Carolyn graduated from the University of Vermont in 2014 with a bachelor's degree in Spanish. She is a member of the National Collegiate Hispanic Honors Society, Sigma Delta Pi. Carolyn has studied, volunteered, and worked abroad. Since beginning her role at UVM, she has served as a selection panelist for the Institute for International Education's Benjamin A. Gilman Scholarship and Generation Study Abroad Travel Grant and has presented regionally on non-traditional study abroad locations. Carolyn has the pleasure of serving as the staff advisor for UVM's Scratch That a cappella group. In her free time, Carolyn enjoys leading a Spanish conversation group at the Community Senior Center, singing, and strolls along the Burlington waterfront. 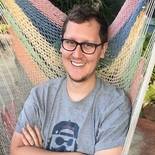 Alexander Lindsay
Alexander is a Study Abroad Advisor and has worked at UVM since 2018. He advises UVM students interested in the United Kingdom, Ireland, Eastern Europe, Africa, the Middle East, and Asia. He also manages relationships with study abroad providers and UVM Exchange sites, and collaborates closely with campus partners to make sure study abroad offerings are meeting the needs of our students. Alexander completed his undergraduate degree at Gettysburg College and his master's degree at the School for International Training, completing a capstone research project on the gender gap in study abroad. During his undergraduate degree he studied abroad in South Africa, and later he co-led a summer program to Mongolia. Before moving to Vermont, he worked at nonprofit institutions in Washington D.C., and held other international education positions at the University of New Hampshire and University of Delaware. In his free time, Alexander enjoys exploring outdoors, visiting breweries (Kraemer & Kin is his favorite), playing video games, and the antics of his greyhound Bigby. 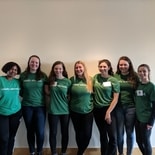 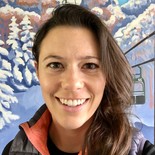 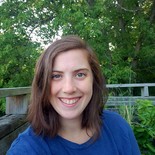 Emma Huse
Emma Huse joined the OIE in 2019 as an International Student and Employee Advisor. Emma advises international students, plans programs and events for UVM’s international community, and coordinates visa and immigration services for UVM faculty, staff, and scholars. She earned her master’s degree in International Education from the School for International Training, and prior to her experience in international higher education Emma worked for nearly five years as an immigration paralegal focused on employment-based immigration for academic, research, and medical professionals. She spent a semester studying in France, worked briefly in Iceland, and loves traveling in the mountains, both in the USA and around the world. Outside of the office, Emma enjoys spending time hiking, baking sourdough bread, and searching for the best spots by Lake Champlain to read in her hammock. 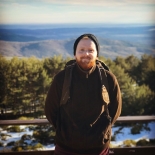 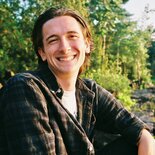 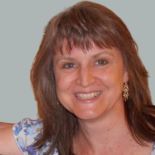