Talent and passion converge at UVM 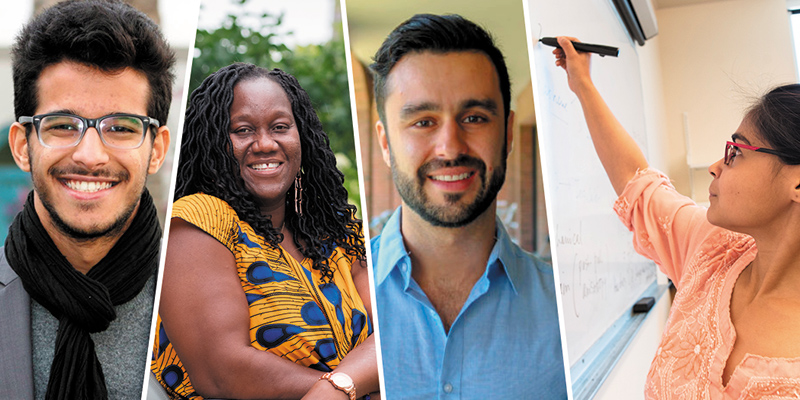 From across the disciplines and around the world, international graduate students at UVM dig in to their studies and make the most of their time in Vermont. Read on for a few of their stories. 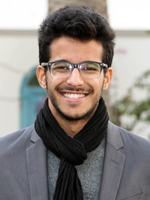 Tarek Jallab came to the United States “because of Bernie Sanders,” he says. He was following the US presidential election in 2016 from his home in northern Africa and was fascinated by the political vision of Vermont’s famous senator.

Jallab wants to help the development of his country, Tunisia. Which is why is he chose the University of Vermont to pursue a master’s degree in community development and applied economics. He already had one master’s degree in economics, but “I was dissatisfied with the way it was thought about back home and I felt like it would limit my scope of professional aspirations,” he says. “UVM has this transdisciplinary approach where you can look for solutions from within different branches of academia to address a specific real-life problem.”

In his two years at UVM, Jallab wrote a thesis on the impact of income inequality on food security—and he took courses on ecological economics and environmental science. Jallab won a Fulbright graduate student scholarship through the US State Department and thought about going to a big US city. But he’s glad he chose Burlington. “It’s is a very special place, with a laid-back vibe,” he say. “Even though I’m from a different culture, people in Vermont are super friendly, welcoming and open.”

Along the way, he joined the UVM Muslim Student Association, received the MS Community Building Award from his department, ran a 5k race for charity, played in the soccer intramural league, made Tunisian food with friends for an event on campus, and performed twice on Diwali Night with pals in the Indian Students Association. “I found a great community,” he says. Now, he’s back in Tunisia with his family, getting ready to move to the capital, Tunis, to work in international development. “I learned so much in Vermont,” he says. 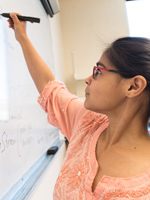 Theoretical physicist Sanghita Sengupta was raised in India and completed her PhD at the University of Vermont. She was part of a UVM team that discovered a fundamentally new way surfaces can get wet. Their research may allow scientists to create the thinnest films of liquid ever made—and engineer a new class of surface coatings and lubricants just a few atoms thick.

Sengupta leveraged her training at UVM to land a post-doctoral position at the renowned Quantum Institute at Sherbrooke University. She’s part of a rising generation of materials scientists who are engineering at the scale of the atom.

Learn more about her discoveries at the nanoscale. 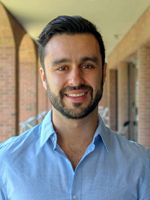 After working in the renewable energy and hydrogen fuel sectors in Costa Rica for six years, Esteban Echeverria ’19 began to see that the environmentally friendly technologies he worked on as a mechanical engineer would never reach their full potentials without a change in the industry’s business model. His innovation and environmental concern needed an entrepreneurial mindset to make real contributions in the field.

“I saw business as a tool to complement my engineering background,” he says. “However, I specifically chose this program because it has a primary objective that I did not find in any other MBA program―to make the world a better place.” 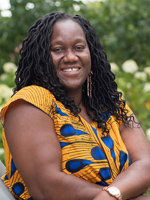 Without the support of her mother, PhD candidate Sefakor Komabu-Pomeyie might not have returned to school after she was diagnosed with polio at age eight. Having overcome many physical and cultural barriers while getting her education in Ghana, she’s now studying inclusive education and building an accessible school to ensure that no disabled child in Ghana should experience what she did.

“Even though we claim now that we are modernized, that we are intellectuals, that we are learning, changing, and moving into the 21st century,” she says, “things are stagnant in the lives of children with disabilities.”

Learn more about Komabu-Pomeyie’s work to ensure an inclusive education for all.