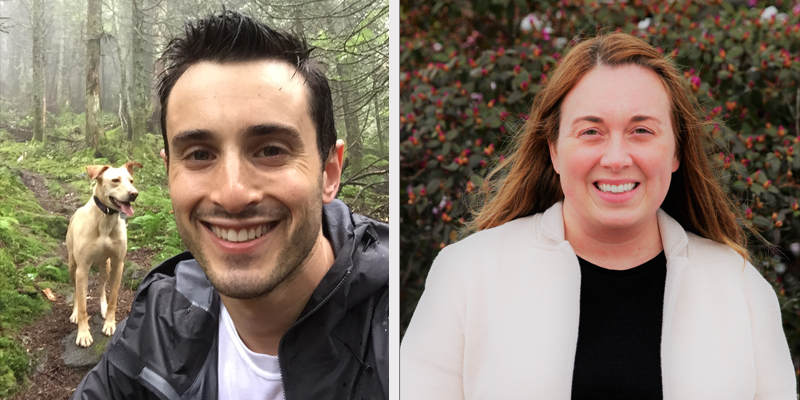 Sam began his undergraduate studies at Ohio University in the fine arts. But, his explorations in digital mediums sparked a fascination with computers, which ultimately led to a bachelor's degree in applied mathematics, and later, a job as an actuary for an insurance company. It was there that he developed an interest in predictive modeling that could not be satisfied by industry. So, Sam left his job and enrolled in a graduate program at the University of Vermont.

In 2015, Sam was awarded NASA EPSCoR funding to determine how satellite imagery could be used to predict the amount of water contained within snowfall in high mountain regions. A thesis based on this research earned Sam a master’s degree in statistics. After that, Sam moved on to UVM’s Ph.D. program in computer science, where he would use similar techniques to design soft robots.

Over the next four years, with funding from DARPA and the National Science Foundation, Sam developed deformable robots that could continuously morph to meet new tasks and recover from injury. In collaboration with biologists, Sam demonstrated how an AI system could generate novel organisms, composed of Xenopus cells, which are popularly referred to as Xenobots. For this work, Sam and his colleagues received the 2020 Cozzarelli Prize from the National Academy of Sciences.

Sam is currently a Postdoctoral Associate at UVM, where he is creating new kinds of robots to perform useful work, accelerate scientific discoveries, and, sometimes, just for fun.

Loren, born and raised in Maine, is an eighth generation Mainer and was the first in her immediate family to attend college. She graduated with a bachelor’s degree in English and Secondary Education from the University of Maine. She returned home to teach 7th grade Language Arts and became formally involved with the Mitchell Institute alumni council. The Mitchell Institute, which provided Loren with financial resources to attend college, motivated her to pursue further education and support the higher education ambitions of Maine students from underserved populations. While teaching and coaching, Loren earned her master’s degree in Education from the University of Massachusetts Lowell.

Upon moving to Vermont, Loren accepted a position teaching high school English, and eventually transitioned to an academic services role in the Athletic Department at the University of Vermont where she currently advises student-athletes. Having the opportunity to continue her graduate studies led her to the Educational Leadership Educational Leadership and Policy Studies doctoral program. Once again, her interest in how colleges can better serve and retain students from first-generation backgrounds remained at the center of her work, both professionally and personally.

Through the support of her advisor, Dr. Jason Garvey, Loren reconnected with the Mitchell Institute and designed her research to examine the experiences of Mitchell Scholars who were selected as Promise Scholars. A grant from the John T. Gorman Foundation enabled the Mitchell Institute to provide additional social, personal, and financial resources to Promise Scholars – students who overcame great adversity in their family lives to attend college. Despite the many challenges facing this cohort of scholars, Loren’s work revealed that first-generation and low-income college students do succeed when social support and leadership development are combined with financial assistance. As part of her study, Loren spent two nights white water rafting on the Penobscot River with the incoming class of Promise Scholars. She hopes her work will lead to further initiatives to support underrepresented students in higher education.

The Outstanding Doctoral Dissertation Award recognizes exceptional work on behalf of a doctoral student, as demonstrated by their dissertation, including significant contributions to their field of study.