Smooth bedstraw, goldenrod, Canada thistle, spotted knapweed, milkweed and wild chervil are usually considered undesirable weeds, but are nutritious plants found in many pastures.  If animals learn to eat them, it can increase production — and reduce management efforts to get rid of them.

Two decades of research at Utah State University has shown animals choose what to eat based on what they learn from mother and herd mates, and from their own internal feedback from nutrients and toxins in plants. Based on this research, animal behavior expert Kathy Voth developed a process to teach cattle, sheep and goats to eat weeds, giving farmers a new tool to manage advancing weed populations and livestock expanded access to high-quality forage. 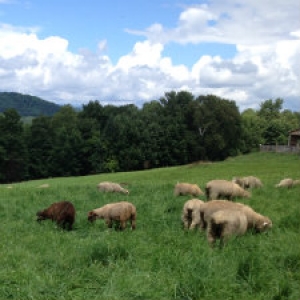 Dry cows, cow/calf pairs, ewes or steers.  Choose a group of animals who will be in your herd for multiple seasons to maximize teaching younger animals.

Set up a regular routine with treats, tubs and a calling method.  Establish that when you arrive, good things happen.

Start with snacks they know.  After several days, feed familiar foods in unfamiliar forms.  Then begin mixing small amounts of your target weed in with their feed.  After about 7 days, they should be eating weeds straight from their special snack tubs.

Starving animals creates stress, and reduces the ability to handle plant toxins.  This can lead to nausea or illness, which promotes avoidance of new foods.  Keep it positive! 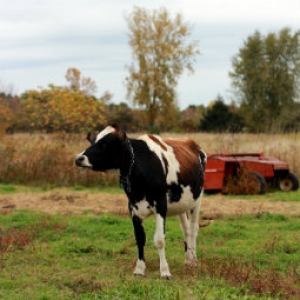 This process has been used in Montana, Colorado, California, and Vermont with documented success. Once taught, animal trainees reintroduced to the group teach herd mates to eat weeds, who in turn teach their offspring.  Compared to multiple clippings or pesticide applications per year, teaching livestock to eat weeds is an investment that continues to repay the farmer in labor, equipment and chemical expense savings over many years. 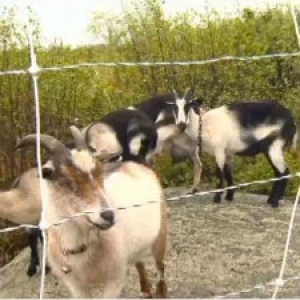 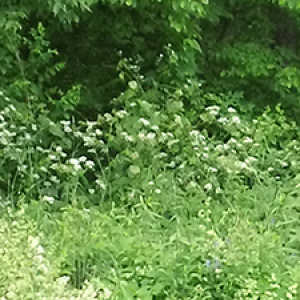 In July 2021, Kimberly Hagen responded to a farmer's email seeking help with knowing what to do with the bedstraw that was prevalent in pastures where her cows and calves were grazing.  Here's what Kimberly wrote back, and we thought it was so helpful that it was worth sharing more broadly:

"Smooth bedstraw is certainly a vexation! Sheep, goats and cows and their calves can graze it – yes! I have found that they are best at grazing it while still young, before it gets old and tough.

If you are trying to eliminate it from your pastures   ( very difficult), or just keep it in check, a good thing to know is that the seeds are only viable for 2 years. So if you clip your pastures following a grazing episode, preventing the plants from flowering/going to seed and keep them vegetative, you will at least keep the population low. Once the plants get tall, they flop over and very difficult to mow, mostly they just tangle up in the mower. By keeping it short, the grasses are more competitive.

The conundrum is that you don’t want to mow if you are trying to encourage grassland birds. Also, if you want other plants such as vetch and red clover to go to seed to drop into your pastures.

I have also found that the more fertile the soil, and less acidic, the grasses become more competitive. So liming the pastures helps a lot, and either some intensive mob grazing or spreading compost or manure mechanically will help this.

The best option all-around is to have your livestock trained to graze it. I learned from Kathy Voth and have always had great luck with her  method.  https://www.livestockforlandscapes.com/cowmanagers.htm

Give it a try. It might mean more work for a little while – i.e. confining livestock to smaller paddocks, moving them more frequently – to get them to be more efficient at grazing. And maybe a return/refresher course for them later in the season or the following spring. But I have found it to work very well.

Other option is to plow up the field and reseed. But that is very expensive, and it destroys the soil structure which has to rebuild – that can take a few years at least.

Interested in knowing more about the Center's work or do you have a question we haven't answered here?  Contact us via email or at 802-656-5459 and we'll do our best to help. 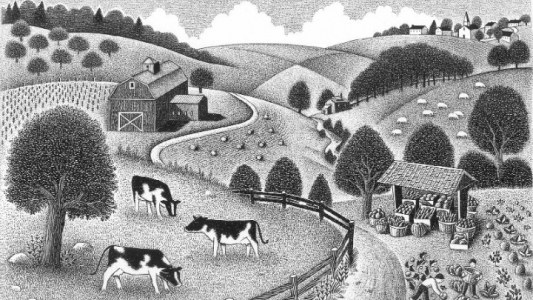 Make a Donation in Support of the Center's Work