UVM is responsible for the identification, protection, and management of important natural areas on University-owned lands.

From over 1,000 acres along the shoreline of Shelburne Pond to less than three acres at Redstone Quarry, these natural areas provide outstanding resources to meet the teaching and research needs in disciplines that require or can benefit from field experience. 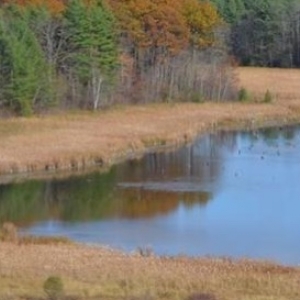 The Carse Wetlands Natural Area is 225 acres in size and located in Hinesburg, Vermont adjacent to and east of Baldwin Road.  The property is a mix of open agricultural fields, forests, and wetlands including a basin of open water.  The wetlands and open water dominate the central portion of the property isolating the eastern side of the property from the more accessible western portion.  Direct access to the western portion of the property is along Baldwin Road where there is approximately 500 feet of frontage at two separate locations along the road.  The eastern side of the property is effectively landlocked and contains a collection of significant ecological features including unusual upland and wetland natural communities and a number of rare plants.  A Vermont Electric Company (VELCO) high-tension power line runs through the northwest portion of the property. A trail system has recently been developed for the natural area with a short boardwalk leading out into the core wetland.

There is no designated parking lot for Carse Wetlands.  Park along the shoulder of Baldwin Road near the trailhead. 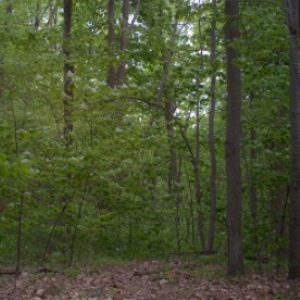 Centennial Woods is one of the most frequently visited UVM natural areas.  This area contains over 65 acres of mature conifer stands, mixed hardwoods, fields, streams, and wetland areas. Within the city limits of Burlington and adjacent to the UVM campus, this area serves as an excellent natural laboratory to study the region’s plants, animals, and natural processes, as well as cultural history.

A well developed trail system wanders through Centennial Woods, offering visitors samples of the natural communities and landscape features thriving here.  Students in Environmental Studies, Botany, Zoology, Forestry, Recreation Management, and Education use this area extensively for academic study. Upon your arrival to Centennial Woods please take a moment to sign in and look over the important information listed on the kiosk.   Please feel free to provide any feedback or simple comments regarding your visit to the area.

Parking for the Catamount Drive entrance to East Woods is limited to a few metered parking spaces in front of the UVM Research Annex building. 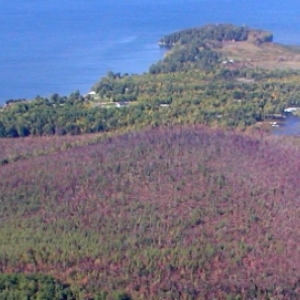 Colchester Bog resides on a peninsula between two rapidly developing shoreline areas of Lake Champlain and is located just a few miles north of the city of  Burlington.  This 175 acre peatland serves as a haven for a great diversity of flora and faunal species which makes it a prime location for research and the simple enjoyment of nature.

With the help of The Nature Conservancy, the University of Vermont acquired 180 acres in 1973 and has since managed them as the Colchester Bog Natural Area.  The area consists of an open peatland, shrub and tree dominated swamps, open water areas called laggs, a sand dune, and several adjacent uplands.  The Bog itself consists of a forest dominated by a dense thicket of shrubs and trees and an open mat of sphagnum moss and sedges.

Some of the tree types at Colchester Bog include maple, ash, and elm, as well as white cedar, pitch pine, black spruce, and tamarack.  Some of the common shurbs include mountain holly, rhodora, sheep laurel, and labrador tea.  In an effort to allow visitor to see this special natural area while minimizing the impacts of trampling on the bog, community members and an array of students constructed a boardwalk and observation deck made of wooden planks which are kept in place by plastic floats.

To access the Colchester Bog boardwalk, park in the Airport Park lots and walk toward the forest behind the baseball fields.  The boardwalk connects to the walking trail that borders the bog in that wooded area.  See the map below for the exact location. 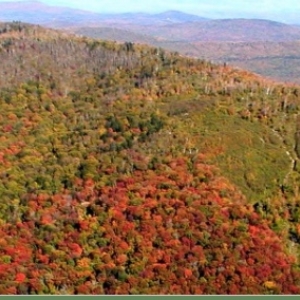 In 1839 Azarius Williams, a resident of Concord deeded a piece of his land to the University of Vermont.  This deeded land was at that time considered to be half of a lot, which measured about 50 acres.  Since then, the University has acquired the other half of the lot which is located on the southwest side of Miles Mountain.  The two half lots together total about 100 acres.

Perhaps the least visited natural area, Concord Woods is a mature, northern, upland, hardwood forest in a secluded, northeastern Vermont setting.  Sugar maple is the prevalent tree species within the natural area, with many of the trees measuring 18 inches or more in diameter.  Although actively logged many years ago, as much of Vermont was, Concord Woods is one of the few mature hardwood forests surviving in the state of Vermont.  Its remote and undisturbed character make it an ideal laboratory for studying this type of ecosystem.

Concord Woods has no trails or facilities. If you would like to visit the natural area, travel from St. Johnsbury, VT on Route 2 East to the settlement of North Concord. Opposite the General Store take the dirt road leading up Miles Mountain. Find a place to pull over and hike uphill toward the mountain. Concord Woods is the forested area surrounded by recently logged land. 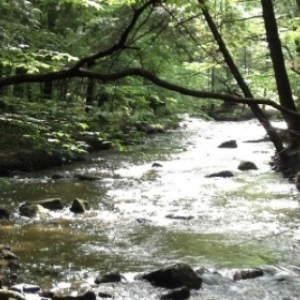 East Woods was purchased in 1949, with the help of several private donors who recognized the potential educational value of these woods and its close proximity to the UVM campus (approximately 2.6 miles.)  Students are able to study plants and animals of a mature northern forest in this relatively undisturbed, 40-acre, mixed hardwood and conifer forest. The Potash Brook runs through the middle of East Woods which drains a 7.5 mile watershed and serves the important function of filtering and slowing stormwater while also improving water quality and habitat conditions. The sunlit openings in the canopy allow for the regeneration of plant growth on the forest floor while also providing for a very pleasant walk.

This forest features a 1-mile trail loop with a packed dirt pathway that is somewhat hilly.  Dogs are allowed at this natural area as long as they are kept on a leash.

Cars may be parked at a small pull-off lot in front of the trailhead.  Click here for directions. 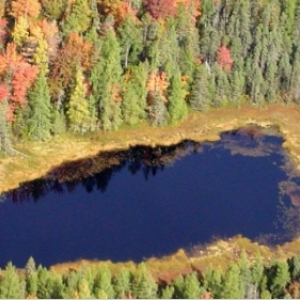 Molly Bog is a classic example of a northeastern kettlehole bog, illustrating textbook zonation from open water to evergreen forest.  The bog complex involves a two-acre pond skirted by four distinct zones; each characterized by a particular community type. In addition to the bog, this 35-acre natural area includes a spruce-fir swamp and an adjacent upland hardwood forest. Although somewhat remote, the area has been studied by UVM scientists and is frequented by local naturalists and researchers.

This is a very sensitive area, and therefore it is not open for general public use.  If you would like more information, please contact the University of Vermont's Natural Areas Center at 802-656-4055. 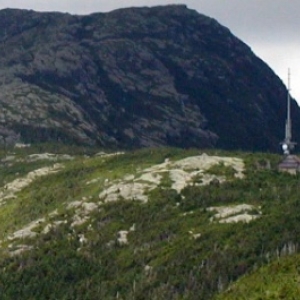 Mount Mansfield is one of the most striking land features in the state of Vermont. Its long horizontal summit ridge, said to resemble the profile of a person’s face, rises above the surrounding foothills,providing a vista of three states and Canada. The University owns almost the entire summit ridge of Mt. Mansfield, a piece of land about 400 acres  in extent, most of which is above 4,000 feet.

The largest single expanse of alpine vegetation in the state is found here on the nearly treeless ridge, making it an ideal location to study flora and fauna of an arctic-alpine environment. Some of the rare plants found here include lapland diapensia, bearberry willow, Boott’s rattlesnake root, black crowberry, and mountain cranberry. These fragile natural communities are very popular with researchers, educators, and the thousands of visitors that frequent the mountain summit every summer.

The summit of Mount Mansfield can be reached by a variety of means. One may drive an automobile up the toll road or ride a gondola; both operated by the Stowe Mountain Resort in Stowe, Vermont. Numerous hiking trails maintained by the Green Mountain Club also climb to the ridge from both the Stowe and Underhill sides of the mountain. Contact the club in Waterbury Center, Vermont for more information. 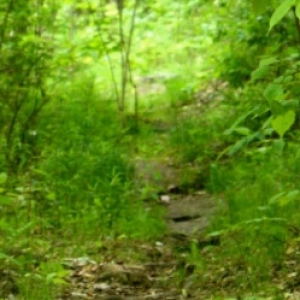 Pease Mountain is located in the town of Charlotte about 12 miles south of Burlington.  In 1949, the University acquired approximately 180 acres of the mountain, including the summit, from the Pease family.  Although hardly a mountain by Vermont standards, at an elevation of 800 feet, Pease Mountain offers a breathtaking view of most of Champlain Valley, the Adirondack Mountains to the west, and the Green Mountains to the east--but only in winter, when its wooded summit sheds its leaves.  Mesic and dry hardwood forests dress much of the mountain, but it is also lush with understory vegetation such as staghorn sumac, barberry, honeysuckle, and blueberry.

Vehicles can be parked in the lot adjacent to the Charlotte Central School. The trailhead is located at the back right corner of the open field behind the school.  Click here for directions to the parking lot. 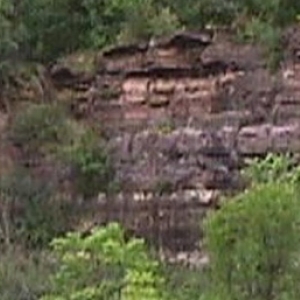 Redstone was a popular building material in Burlington in the 1800’s not only for its remarkable appearance and durability, but also because it was readily available at a small quarry within the city limits.  In 1958 the university purchased the three acre Redstone Quarry to use primarily for geology classes.  Redstone Quarry, however, is not just a place to observe rocks; it is a small yet diverse ecosystem.  Once severely altered by people this quarry has been left untrammeled to return to a somewhat natural state. While there are no developed trails here, visitors may take short walks along the wetland area at the base of the quarry cliff face.  The area is noted for its diversity of birds and amphibians, as well as its showy wildflower displays.

The quarry is located at the end of Hoover Street with parking available in a small lot to the right.  Click here for directions. 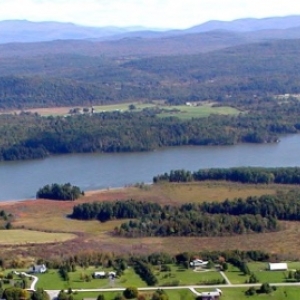 The H. Laurence Achilles Natural Area at Shelburne Pond consists of over one thousand acres of upland and wetlands in the town of Shelburne.  It is located along the shores of Shelburne Pond, the largest undeveloped body of water in the Champlain Valley.  The walking trails at Shelburne Pond run through a forest with rich, calcareous soils and are home to a variety of trees such as sugar maple, ash, hemlock, and others.  White cedar trees inhabit the rocky shoreline and many types of ferns are known to exist here.   Numerous rocky outcrops along the trail make Shelburne Pond a popular location for fishing.

Please park away from the shore in the designated parking area.  The trailhead is located to the left of the boat launch.