Join us in our annual celebration honoring the life and work of Dr. King.

The Fullness of Ourselves

The Division of Diversity, Equity, and Inclusion is pleased to announce the 2023 Rev. Dr. Martin Luther King, Jr. Celebration Keynote with Dr. Carolyn Finney. Carolyn is a story teller, author and a cultural geographer who is deeply interested in issues related to identity, differences, creativity and resilience. Lecture will be followed by Q&A and a book signing.

This year's celebration will also include musical guests Dwight + Nicole.

Tickets are free and required for both in-person and online attendees. 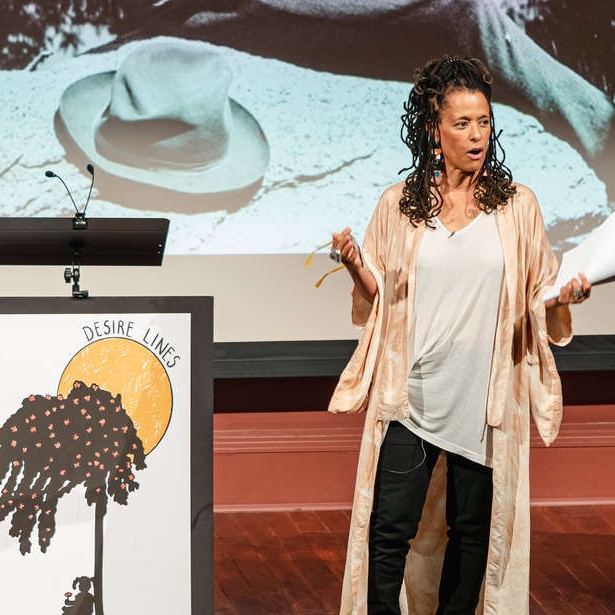 Carolyn Finney, PhD is a storyteller, author and a cultural geographer who is grounded in both artistic and intellectual ways of knowing - she pursued an acting career for eleven years, but five years of backpacking trips through Africa and Asia, and living in Nepal changed the course of her life. Motivated by these experiences, Carolyn returned to school after a 15-year absence to complete a B.A., M.A. (gender and environmental issues in Kenya and Nepal), and a Ph.D. in Geography at Clark University (where she was a Fulbright and a Canon National Science Scholar Fellow). Along with public speaking (nationally & internationally), writing, media engagements, consulting & teaching (she has held positions at Wellesley College, the University of California, Berkeley & the University of Kentucky), she served on the U.S. National Parks Advisory Board for eight years.

Her first book, Black Faces, White Spaces: Reimagining the Relationship of African Americans to the Great Outdoors was released in 2014. Recent publications include Self-Evident: Reflections on the Invisibility of Black Bodies in Environmental Histories (BESIDE Magazine, Montreal Spring 2020), The Perils of Being Black in Public: We are all Christian Cooper and George Floyd (The Guardian, June 3rd 2020), and Who Gets Left Out of the Great Outdoors Story? (The NY Times November 4 2021). Upcoming essays include “Joy is a Revelation” in Nature Swagger: Stories and Visions of Black Joy in the Outdoors (edited by Rue Mapp, Chronicle Books, Oct. 2022) and “Memory Divine” in the upcoming anthology, A Darker Wilderness: Black Nature Writing from Soil to Stars (edited by Erin Sharkey, Milkweed Press, Feb. 2023).

She is currently working on her new book (creative non-fiction) that takes a more personal journey into the very complicated relationship between race, land & belonging in the United States, and a performance piece entitled The N Word: Nature Revisited as part of an Andrew W. Mellon residency at the New York Botanical Gardens Humanities Institute. Along with being the new columnist at the Earth Island Journal, she was recently awarded the Alexander and Ilse Melamid Medal from the American Geographical Society and is an artist-in-residence in the Franklin Environmental Center at Middlebury College. 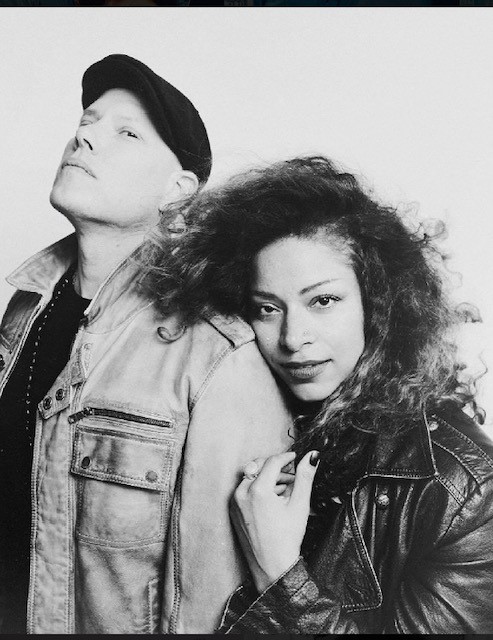 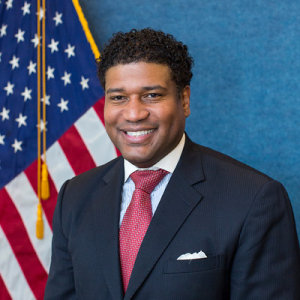 Looking Back, and Looking Ahead: Manifesting the Dream of Inclusive Excellence

Dr. Damon A. Williams is a visionary and inspirational leader, and one of the nation’s recognized experts in strategic diversity leadership, youth development, corporate responsibility, and organizational change.
For four years, he led a $250M social impact portfolio for the world’s largest youth development company, the Boys & Girls Clubs of America, representing the interests of nearly 4M diverse youth and teens as Senior Vice President for Programs and Chief Education Officer.
One of the original architects of the Inclusive Excellence concept in American higher education, he is author of the best-selling Strategic Diversity Leadership and the Chief Diversity Officer, he is a global thought leader having worked with more than 1,000 colleges and universities, Fortune 100 companies, foundations, and government agencies, as keynote speaker, strategist, educator, and social impact leader.
As the University of Michigan celebrates her 200-year anniversary, he was recently awarded the Bicentennial Leadership Award, a one-time honor given to 20 trailblazing alumni, who exemplify the best of the academic and leadership values of the Universities 200,000 living alumni.
He is currently chief catalyst for the Center for Strategic Diversity Leadership & Social Innovation and a Senior Scholar and Innovation Fellow at the Wisconsin Equity, and Inclusion (Wei) Laboratory of the University of Wisconsin-Madison, where he previously served as Associate Vice Chancellor and inaugural Chief Diversity, Equity, and Educational Achievement Officer.
Dr. Williams received his PhD from the University of Michigan Center for the Study of Higher and Post-Secondary Education (CSHPE) in Organizational Behavior and Management, and his MS and BS degrees from Miami University in Educational Leadership and Sociology and Black World Studies, respectively.
For more information, please visit Dr. Williams' website. 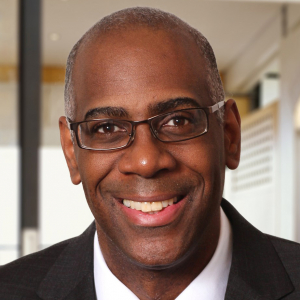 Leon McDougle, M.D., M.P.H., is the 1st African American Professor with tenure in The Ohio State University Department of Family Medicine and he’s the 1st Chief Diversity Officer ‘Aka Chief Collaborating Officer’ for the OSU Wexner Medical Center. A graduate of the University of Toledo and OSU College of Medicine, he completed the family medicine residency at the Naval Hospital Camp Pendleton, California, and earned a Master of Public Health degree from the University of Michigan School of Public Health, Department of Health Management and Policy.

Dr. McDougle was installed on August 3, 2020 as the 121st President of the National Medical Association (NMA), which serves as the oldest and largest collective voice for African American physicians in their effort to eliminate health inequalities. In his role as NMA President, he leads the NMA’s mission to promote the interests of both doctors and patients, specifically those of African descent, to foster the utmost quality of care for all Americans.

Dr. McDougle is a Diplomate of the American Board of Family Medicine and Fellow of the American Academy of Family Physicians. He was elected to membership within the Alpha Omega Alpha Honor Medical Society, faculty, and is a member of the Rhema Christian Center and the Association of Military Surgeons of the United States. Dr McDougle previously served as the national Chair for the Association of American Medical Colleges Group on Diversity and lnclusion (2013-2015).

As a family physician Dr. McDougle has served a mostly older population on the Near Eastside of Columbus since 2001. He has been recognized nationally for clinical excellence as being among the Top 10% of healthcare providers for patient satisfaction and among the Best Doctors in America.

This event wass sponsored by President Suresh V. Garimella, the Larner College of Medicine, the Office of the Vice President for Diversity, Equity and Inclusion, and the Department of Student Life.