One to Watch: Amanda Pelkey ’15

Going for the (Green and) Gold! 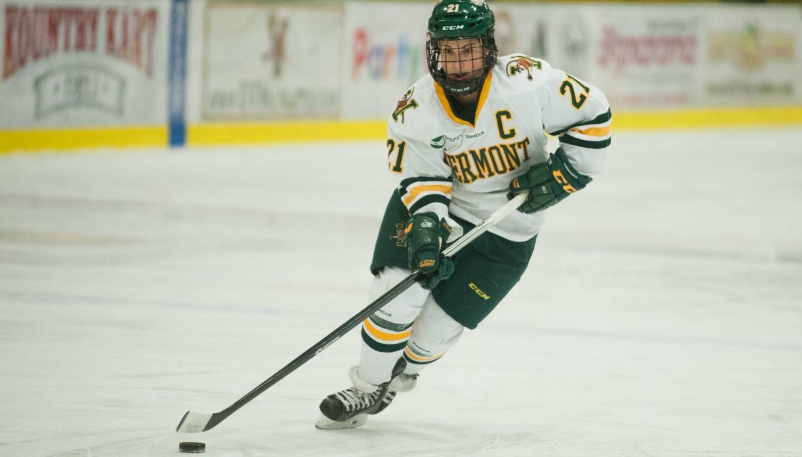 Olympian Amanda Pelkey was co-captain of the women's ice hockey Catamounts in 2015.

When the U.S. Olympic Women’s Ice Hockey Team took to the ice in Pyeongchank, the College of Nursing and Health Sciences paid close attention. All eyes were on alumna Amanda Pelkey EXSc ’15, the first Catamount ever to earn a spot on the U.S. women’s hockey team. The CNHS community watched with pride as the former UVM star earned two assists in the final match on February 22, helping Team USA earn it's first gold medal in women's hockey. The Americans outscored Canada 3-2 in a shootout.

Born and raised in Montpelier, Vermont, Pelkey grew up playing on the Barre Blades and Vermont Stars and attended the North American Hockey Academy in Stowe, Vt. She had a standout hockey career at UVM from 2011-2015 and remains UVM’s all-time leading women’s scorer. In her senior year, Pelkey’s teammates voted her MVP of the team because of her outstanding display of leadership and skill.

“The state of Vermont has given me many amazing opportunities and I am thankful for the continuous support I have received from my home state,” Pelkey states on her website.

At CNHS, Amanda was knownn as a leader among her peers, and a consistently driven student and athlete.

“She was able to balance a demanding major with the significant demands of her varsity and international ice hockey development with character and grace, and she gave all of herself in each of these endeavors,” said her former professor, Dr. Jeremy Sibold, Associate Dean of CNHS. “We are very proud to have been able to work with and get to know Amanda, and keep in touch with her to this day."

Following graduation, Pelkey became the first player to sign with the Boston Pride in 2015, and participated in the first National Women’s Hockey League All-Star Game in 2016. She played in two IIHF World Women’s Championships, winning gold with Team USA in 2016 and 2017.

“Good luck Amanda! We are proud of you!” CNHS Dean Patty Prelock tweeted prior to the February 11 first match.

Janet Lynn Essman Franz
"A big shout out to Amanda Pelkey 2015 Graduate @uvmcnhs of the Exercise and Movement Science Program. Amanda is representing the USA as a member of the #WomensUSAOlympic Hockey Team! Good luck Amanda! We are proud of you!" @UVMDeanPrelock 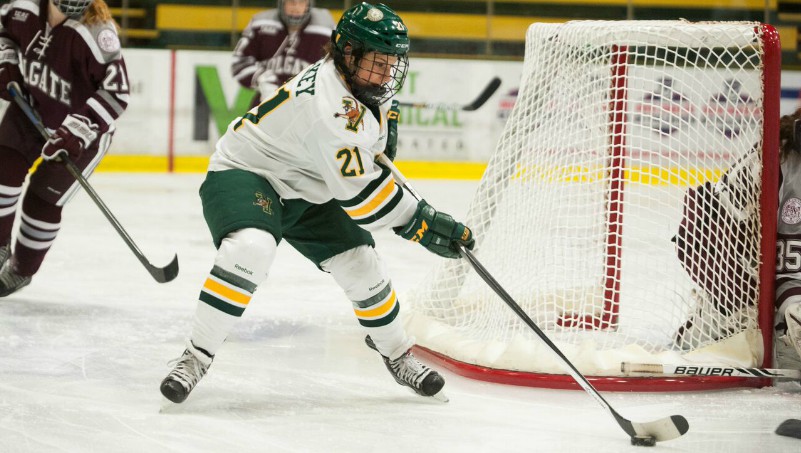 The City of Montpelier, Vermont, named February 11 Amanda Pelkey Day in honor of the hometown girl's first day playing in the 2018 Winter Games.