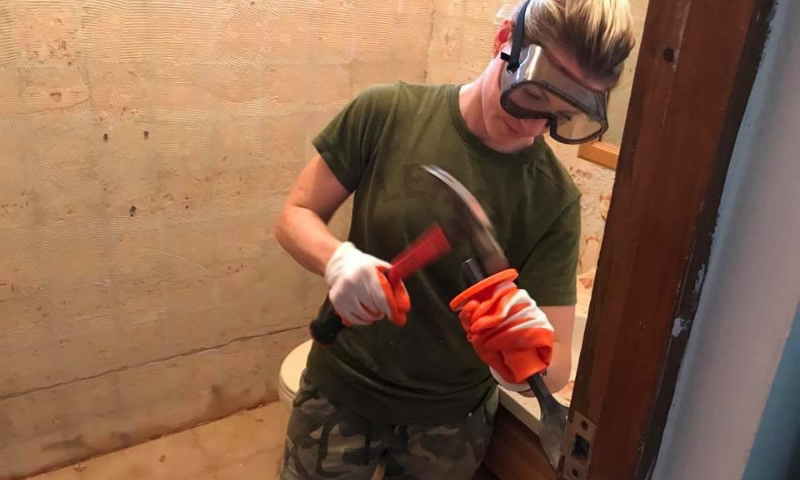 While students were on break in March, nursing instructor Abilene Smith took advantage of the downtime to do something she’s always dreamed of: Travel abroad to provide health care. The journey changed her life in unexpected ways, and will likely impact a much bigger future at home and abroad.

Smith went to Puerto Rico with a group of volunteers on a mission to rebuild a school devastated by Hurricane Maria. The volunteers, members of the New England conferences of Seventh Day Adventists, were headed to Montesanto on Vieques, an isolated isle off the eastern coast of Puerto Rico. Smith asked if she could go along to help, and also contacted a separate organization called ViequesLove that had formed to facilitate residents’ access to food, gas, water and medical services after the hurricane. In Vieques, access to medical care on the island has always been limited and two physicians serve the entire population of 9,000. The hospital frequently runs low on medicine and supplies and the hurricane made a bad situation worse.

“The hospital collapsed, and so on top of having only two physicians, they now have no hospital facility. They have tents,” Smith explained. “The island is only accessible by ferry, and where the ferry docks on the mainland it’s an hour drive to the city. A lot of people don’t have the physical ability or money to go.”

After Hurricane Maria, the ferry did not run and some patients made the commute on small boats, Smith explained. She recalled the story of a woman in labor who traveled to the mainland in a fishing boat. Some homebound residents could only wait for help to arrive. Following the hurricane, ViequesLove began working with other organizations to offer temporary medical clinics on the island and collect donations of medical supplies for the hospital.

Smith gathered wound care supplies, latex gloves, glucometers, bed pans, slings, adult depends, shampoo, soap, toothpaste and medications donated by her coworkers at UVM Medical Center or purchased on her own. She planned to volunteer at a pop-up medical clinic in Vieques before helping at the school site. When a heavy snowstorm delayed her flight out of Boston, causing her to miss the clinic, she felt disappointed, but hopeful that things would work out.

“I knew there was a reason for it, I just didn’t know what it was yet,” she said. “Everything fell into place.”

When she finally arrived in Vieques, she worked with the Seventh Day Adventist volunteers at the school. “I removed ceramic tiles with a chisel and hammer, cut out electrical wires, tore down framing and took out insulation. The roof of the school was ripped off and water had seeped into the walls and created rot and mold,” Smith said.

Children continued attending classes during the reconstruction of their school. Smith and the other volunteers slept on floors and showered out of pipes. They mingled with the teachers, students and families, visited them in their homes and became friends.

Smith thought of a creative way to distribute the gauze, wraps, saline, antibiotic ointment and bandages she brought for the pop-up clinic and put her nursing knowledge to good use.

“I went to each grade at the school and taught them age-appropriate first aid classes, and I helped them assemble first aid kits to take home. I tried to make it relevant to their surroundings and situation. For example, there’s still a lot of downed trees and power lines and standing water, so I discussed in ensuring the environment is safe to help, using the materials around you to provide first aid, how to stop a bleed, wrapping a sprained ankle, and what to do if you find someone unconscious.”

She purchased plastic baggies and let the children fill them with bandages, wraps, gauze and antiseptic wipes.

The families and community leaders asked Smith to consider helping coordinate medical services for future pop-up clinics and home visits. She is planning to return in November.

“More than 600 people on the island are homebound and unable to go to the medical center or physical therapy. We will screen people and determine what kinds of medical attention they need and bring it to them.”

Smith envisions bring CNHS students with her in the future, as a service learning project. Even as they rebuild, the residents of Vieques will continue to need help that people trained in nursing and health sciences can provide. The experience would help college students understand first-hand socio-economic and geographic disparities in health care.

“When you fly into San Juan you see a big city with facilities and malls. On the remote island of Vieques, they still live off of generators and have to bring in fresh water. They are getting back on their feet, but they still need help,” she said. “I have to go back.”

Janet Lynn Essman Franz
Even as they rebuild, the residents of Vieques will continue to need help that people trained in nursing and health sciences can provide. The experience could help college students understand first-hand socio-economic and geographic disparities in health care. 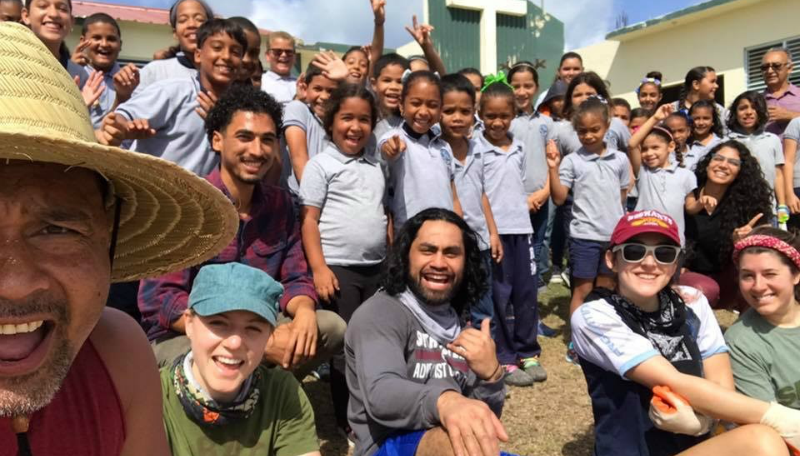