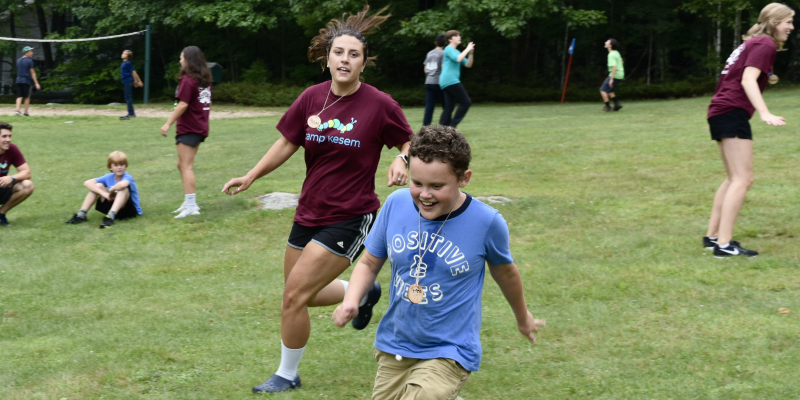 Cancer affects an entire family — adults and children — in many ways. A parent’s diagnosis can turn a child’s world upside down. It’s important for children living with cancer in their families to have some down time — to play, forget their troubles and just be a kid.

That’s the idea behind Camp Kesem, a week-long summer camp driven by college student leaders for kids whose parents have lost a parent to cancer or have a parent undergoing cancer treatment. The camp is completely free to the children, funded by donations, and put on solely by the college students who double as counselors, programming staff and administration staff. Since its founding at Stanford University in 2000, the camp has expanded to 116 chapters in 42 states.

The UVM Chapter of Camp Kesem started in 2016 and will hold its third summer camp in Center Tuftonboro, New Hampshire, in August 2019. In addition to camp itself, undergraduate students become involved in a welcoming community through Camp Kesem and gain valuable skills and experiences as they attend leadership retreats, organize events, fundraise, plan a fun-filled week of camp and make lifelong friends.

Candyce Avery, Nursing ’18, helped start Camp Kesem in her sophomore year, when the camp was just an idea. She helped recruit student counselors and organized fundraisers, including the annual “Make the Magic” gala. Avery has enjoyed helping the camp raise funds to accommodate more children whose lives are touched by cancer.

“When I started it sounded like fun, and I wanted to help the kids, to see them have fun and just be kids even though they are going through so much,” recalled Avery, known as “Slocks” at camp (all of the counselors and campers have nicknames so they can escape their real lives and become anonymous). “Being with them for a week you learn so much about them. We have a ceremony in which they share their stories about their parents and their experience with cancer. Seeing them get up and share difficult experiences was really inspiring.”

Caitlyn “Skippy” Johnson, Nursing ’20, joined UVM Camp Kesem as a freshman and has volunteered as a counselor, operations coordinator and development coordinator. She loves children and plans to become a pediatric nurse in a children’s hospital.

“I like seeing my hard work pay off for the kids. I love seeing a kid smile from an activity I coordinated or raising $55,000 (this year’s fundraising goal) so that more kids can attend camp for free. Being able to send kids to camp means all the world to me,” Johnson said.

Johnson’s personal experience with cancer makes the camp even more meaningful to her. A close family friend with cancer has an eight-year-old daughter that Johnson knows well.

“Seeing what this child has to go through at such a young age makes me understand — these kids need a break from reality,” she said. “I’ve learned to not take any days for granted, live life to its fullest every day and go to sleep with no regrets. You never know when you could lose someone.”

Working with the children and their families has profoundly impacted Johnson’s academic journey. She feels more aware and appreciative of family-centered care.

“As nurses, we’re not just treating the patient but we’re also treating the family. I’ve seen the way kids and significant others cope with their family members’ diagnosis. Sometimes the families need as much emotional support as the patient,” she said.

“Being with the kids for a week made me a better listener,” she said. “At camp, you see that the kids are going through so much, but you might not see that in their day-to-day lives. It’s like that with patients — you know their diagnosis but you may not know what they are going through. Camp Kesem helped me be more open to their feelings,” she said.

Students can become involved in Camp Kesem as much or as little as they want to, Avery said. They can work as counselors for the week and not do anything else for the camp during the school year, or they can help coordinate events during the school year and not attend the camp. Involvement at any level provides opportunity to meet other students and form strong friendships.

“I made a lot of friends through Camp Kesem, including people I would not have met otherwise, and we’re all still friends. It’s a community and a family,” Avery said. “No matter what I’m going through, I can reach out to them and they’ll be there for me.”

Camp Kessem also brings out the best in the campers and the counselors, said Johnson. She recalled a brother and sister at camp, ages eight and six, whose mother was in late stage cancer. Their strength gave Johnson a lesson in perseverance.

“They taught me, if you ae brave and strong enough, you can get through anything,” she said.

Janet Lynn Essman Franz
“At camp, you see that the kids are going through so much, but you might not see that in their day-to-day lives. It’s like that with patients — you know their diagnosis but you may not know what they are going through. Camp Kesem helped me be more open to their feelings." — Candyce Avery, Nursing ’18, UVM Medical Center Nurse 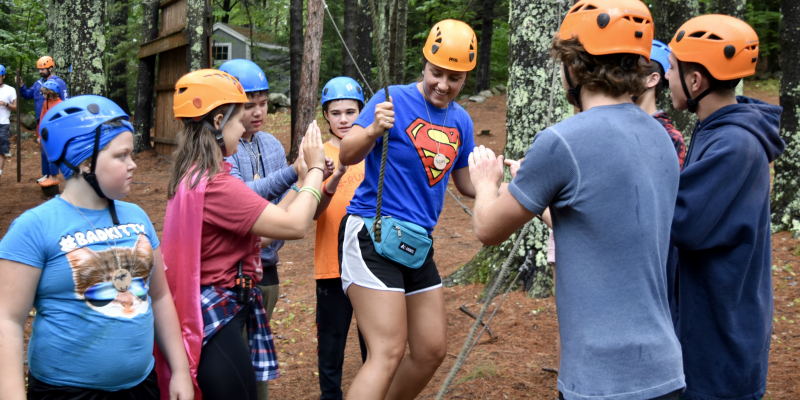 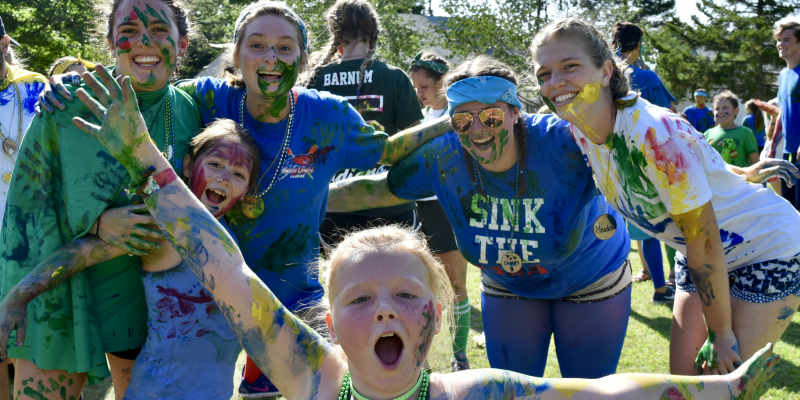