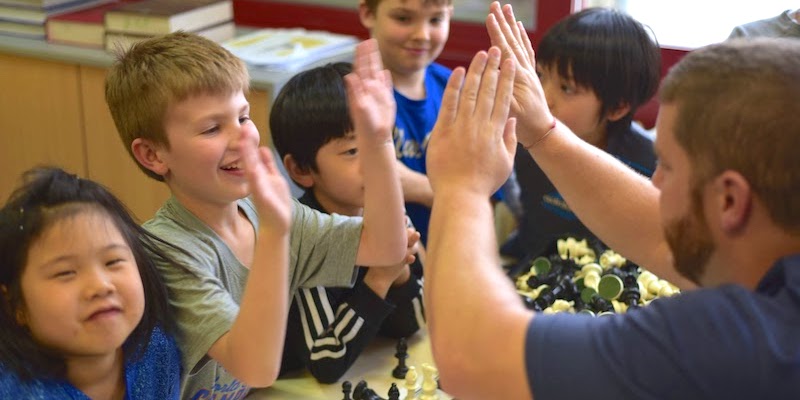 “UVM students should consider teaching abroad,” says Nick Walklet (‘10).  “During my seven years in Paris, I have traveled to 60 different countries, met my fiancée, and earned a master's degree. There are American Schools and International Schools all over the world.”

Currently a physical education teacher at the American School of Paris (ASP) in France, Nick will move on to his next teaching position at the Hong Kong International School in August.

“I taught English through sports and games all over Italy in Summer 2010 through a company called ACLE (Associazione Culturale Linguistica Educational)," says Nick. "After a weeklong training course in San Remo, Italy, I received an envelope with a train ticket, description of the students I would be teaching, and the name and address of my host family.” Soon he was on a train to Pozzallo, Sicily, where he taught high school students for two weeks and lived in his host family’s guest house on the beach.

During that summer, he received a new envelope every one or two weeks. “The philosophy of ACLE is that learning a language should be fun,” Nick explains, “rather than sitting behind a desk taking notes.”

With each group of students, he combined physical education games into English lessons, adapting all of them depending on the age group. “This experience planted the seed for me to move abroad permanently, so a year later I moved to Paris.”

Leaving a Legacy in Paris

“Nick earns our utmost respect and confidence each and every day as we watch him engage and develop our youngest students in learning new physical education skills and wellness behaviors that will serve a lifetime,” said Mark Ulfers, Head of School at ASP.  “He profoundly impacts the lives of all students with his wider commitment to the school community...This is a man who has a passion for building young people into capable, responsible and happy adults.”

Beyond his normal teaching duties, Nick is leaving a profound legacy at ASP.

He organized and chaperoned three service trips to northern India, taking students to visit the Jyoti Special School, a school for students with special needs. “Prior to the trip, we raised money to cover costs of building the campus, teachers’ salaries, and transportation for the students.”

A few years ago, Nick teamed up with a colleague to introduce chess at ASP. They received a grant to purchase 200 chess boards, enough for every Lower School classroom, and started a chess club inviting students from the Lower, Middle, and Upper school to attend. "I visit Lower school classrooms once every rotation and teach lessons. The goal is to have chess as part of the curriculum.”

He also started the first rugby team at ASP.  It began as a club that met once a week, and less than a year later it was recognized as a varsity sport with 36 students on the roster. “Now the program has expanded and has a Middle School team as well,” he says. “In 2016, we took the Varsity team to South Africa to train with other clubs and coaches the week before our championship tournament in Dusseldorf, Germany. Had I not been introduced to rugby at UVM, there is a strong possibility that there still wouldn’t be a rugby team at ASP.”

When the opportunity surfaced to join a powerlifting team in France, Nick jumped at the opportunity.  “Between my experience training in the weight room at UVM with the track team, and courses taken through my major, I developed a strong interest in weight lifting,” he recalls. At the 2016 and 2017 French National Powerlifting Championships, he placed fourth in his weight class. “My goal is to place in the top three this year.”

“I really looked up to my teachers growing up and wanted to have the same impact on students as they did for me. Physical Education and sport has been the focus of my life since I was young, and I wanted to share my passion through teaching. I know what a positive impact it had on me and my decisions and I want others to benefit from that too.”

“I think I owe a lot to UVM. The encouragement and dedication from professors motivated me. When I graduated, the support and mentoring I received helped to provide me with the tools necessary to enter the teaching world confidently. Declan Connolly was my academic advisor, rugby coach, and professor for several classes during my time at UVM. He is passionate about his field and really cares about the success of all his students. Truly a great mentor, I still keep in touch with him today.”

Beyond academics, Nick kept busy with a variety of community activities during his undergraduate years at UVM. He served as an ADVOCAT, and was a member of the Track and Field team, the Rugby team, and Pi Kappa Alpha fraternity.

These experiences and opportunities to provide community service helped to shape his personal and professional life.

One memory in particular stands out, when he and other members of his fraternity rented a van and drove from Burlington to New Orleans to volunteer and assist with the aftermath of Hurricane Katrina. “We took turns driving and went straight through the night only stopping a couple times for gas and food,” he says. “When we arrived, we spent our days cleaning up debris and repairing and painting structures in one of the local parks. This trip was by far one the greatest things I did while at UVM.”

In addition to his next teaching position in Hong Kong, Nick plans to obtain a second Master’s Degree in Educational leadership, and then move into an Athletic Director position. “Whether or not I live abroad the rest of my life is undetermined…just have to take one year at a time.”

To learn more about opportunities in American Schools and International Schools all over the world, visit www.searchassociates.com

Doug Gilman
"I wanted to share my passion through teaching. I know what a positive impact it had on me and my decisions and I want others to benefit from that too." 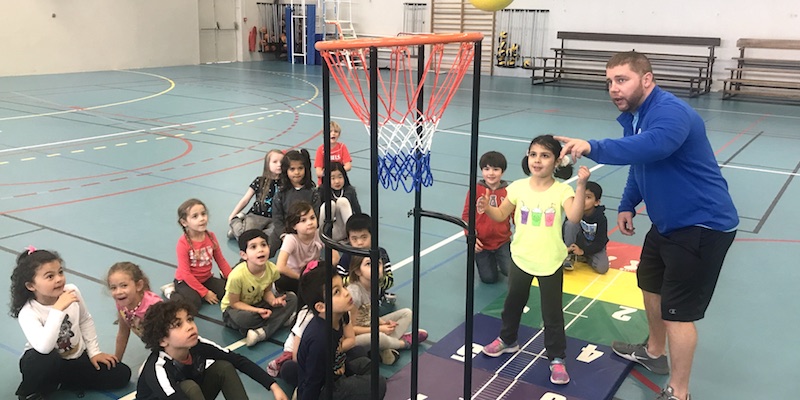 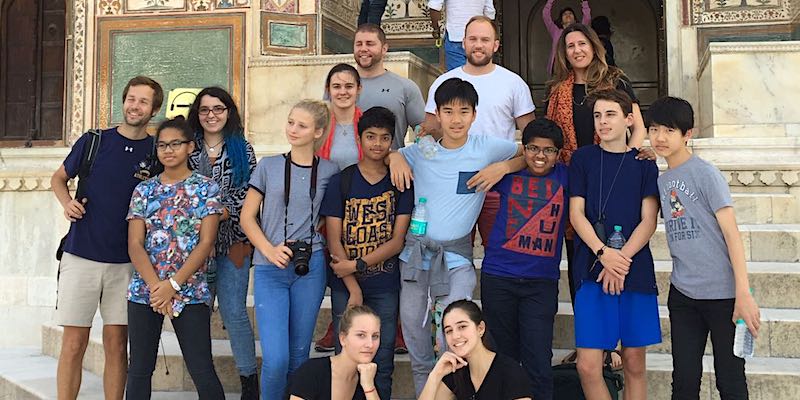