Dennis F. Mahoney is Acting Chairperson and Professor of German in the Department of German and Russian at the University of Vermont. From 2006-2008, he was Director of the Global Village Learning Community at the Living and Learning Center, where he has also served as Director of our department's German House Program. He was honored with UVM's 2001 Kroepsch-Maurice Award for Excellence in Teaching (Full Professor). His expertise on the literature of the Age of Goethe, German Romanticism, German intellectual movements, and the German film have earned him a guest professorship at the University of Augsburg in Germany.

Dennis Mahoney is the author of numerous articles on Goethe, Novalis, Schiller, and others. His book on the Roman der Goethezeit is a seminal work and has brought him national and international recognition. This is also the case for his three books on the German Romantic writer Novalis, two written in German and one in English. His book on The Critical Reception of Novalis' Novel "Heinrich von Ofterdingen" is a model for the literary reception theory, and was named one of Choice magazine's "Outstanding Academic Books for 1995." In his most recent book project, he served as editor of The Literature of German Romanticism (2004), which is volume 8 in the Camden House History of German Literature series, the most detailed history of German Literature in English. 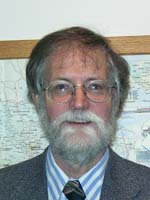