Bridget Levine-West joined the Department of German and Russian at UVM in the fall of 2017. She received her B.A. in German Literature and English Literature from the University of Miami and holds an M.A. and a Ph.D. in Germanic Languages & Literatures with concentrations in College Teaching and Film Studies from the University of Pennsylvania. Her research areas include contemporary German film, and film adaptation studies, language curriculum design, and second-language development and education. Prof. Levine-West also works as an educational consultant and teacher-trainer through the German Education Multiplier (GEM) Network, a joint program established by the American Association of Teachers of German (AATG) and the Goethe Institute. In this role she offers workshops and pedagogical training for university instructors across a range of subjects (see her profile offsite).

Prof. Levine-West’s recently published works, available through Open Access, include “Fostering Compassion through Translanguaging Pedagogy in the German Willkommensklasse” and “An ecological approach to language pedagogy, programs, and departments.”  She is also completing a monograph that investigates the sociocultural and industrial factors that have resulted in a proliferation of what she calls the ‘contemporary classical adaptations’ of German literary works in twenty-first-century German cinema.

At UVM, Prof. Levine-West is the Director of the World Language Scholars program , a signature program for first-year students.

Prof. Levine-West teaches courses in both the German and Film & Television Studies programs and works as Language Program Director in the Department of German and Russian.

Her recently taught courses include:

A dedicated instructor, Bridget Levine-West has been recognized with several teaching awards honoring her work teaching at the undergraduate level. As part of her commitment to curriculum development and instructor training, she has also co-authored Augenblicke: German through Film, Media and Texts, an innovative beginning and intermediate German language and culture published through the American Association of Teachers of German. 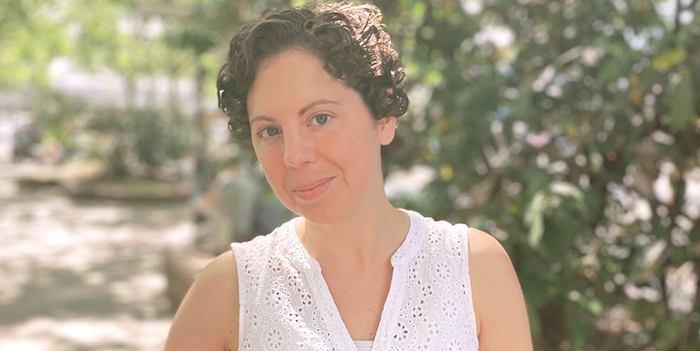