THE 2021 DUGAN A. FOLEY MEMORIAL AWARD 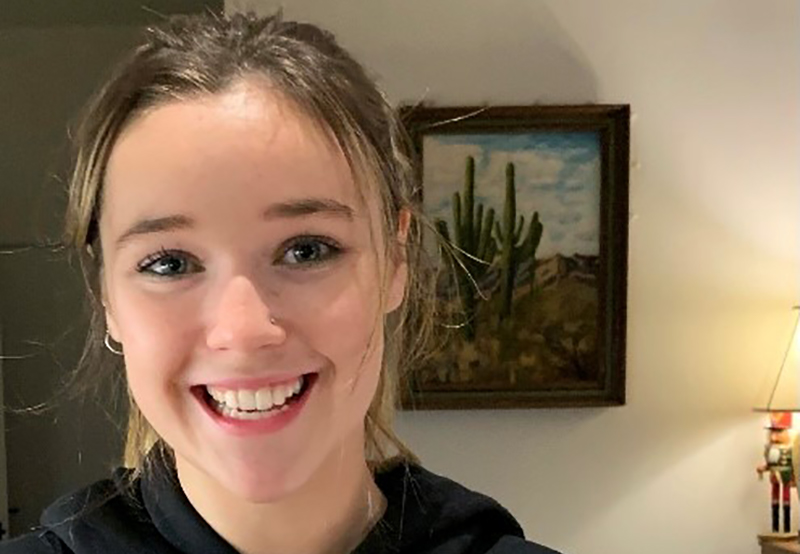 Maire Rodgers winner of the Dugan A. Foley Memorial Award

The Dugan A. Foley Memorial Award is given each year to an outstanding junior in Film and Television Studies. The Award is in memory of a dearly loved UVM student who minored in the program and died suddenly in her junior year in the summer of 1995. Dugan was genuine, passionate and radiant. Fortunately for us, Dugan’s mother, Dixie Foley O’Connor, set up this memorial so that other film students might benefit from Dugan’s spirit.

Teaching holds some extraordinary rewards and one of the most treasured is the chance to meet young people like this year's recipient of the Dugan A. Foley Memorial Award. The award is determined by a committee who chooses the student who is an outstanding junior major. This year the award goes to Maire Rodgers.

Maire Rodgers has been an outstanding student from the moment she set foot on UVM’s campus. It’s been a great privilege to have her in the Film and Television Studies Program. In her first year here, she evinced a willingness to speak out in a large 120-person class. Not only did she speak out, but she constantly demonstrated a facility with the concepts of film theory and analysis that one would expect to see in a graduate student. She began taking advanced classes as a first year student, and even in these classes, she not only kept up with older students but wrote papers that really set the bar for the rest of the class. Starting out so well, it would seem that she would have nowhere to go but down. However, Maire has blossomed in her subsequent time in the major. She is unafraid to dig deeply into the meaning of film form and its relationship to content. She sees especially how form can serve as the expression of cultural anxiety. That said, it gives us no anxiety at all to give Maire the Dugan Foley Award this year.

We look forward to all that she will accomplish in her senior year and beyond, and we are delighted to present the  Dugan A. Foley Memorial Award to Maire Rodgers.