William A. Haviland is professor emeritus at the University of Vermont, where he founded the Department of Anthropology and taught for 32 years. He holds a PhD in anthropology from the University of Pennsylvania and has conducted research in archaeology in Guatemala and Vermont; ethnography in Maine and Vermont; and physical anthropology in Guatemala. This work has been the basis of many publications in national and international books and journals, as well as in trade publications. His books include The Original Vermonters, co-authored with Marjorie Power, and a technical monograph on ancient Maya settlement. He served as consultant for the award-winning telecourse Faces of Culture, and he is co-editor of the series Tikal Reports, published by the University of Pennsylvania Museum of Archaeology and Anthropology. Dr. Haviland has lectured to many professional and non-professional audiences in Canada, Mexico, Lesotho, South Africa, and Spain, as well as in the United States. A staunch supporter of indigenous rights, he served as expert witness for the Missisquoi Abenaki of Vermont in a case over aboriginal fishing rights. Dr. Haviland received the University Scholar award by the Graduate School of the University of Vermont in 1990; a Certificate of Appreciation from the Sovereign Republic of the Abenaki Nation of Missisquoi, St. Francis/Sokoki Band in 1996; and a Lifetime Achievement Award from the Center for Research on Vermont in 2006. Now retired from teaching, he continues his research, writing, and lecturing from the coast of Maine and serves as a trustee for the Abbe Museum in Bar Harbor, focused on Maine's Native American history, culture, art, and archaeology. His most recent books are At the Place of the Lobsters and Crabs (2009) and Canoe Indians of Down East Maine (2012). 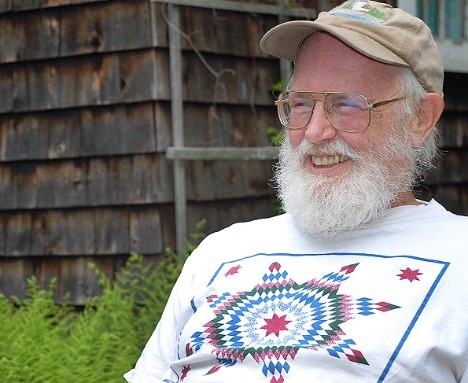