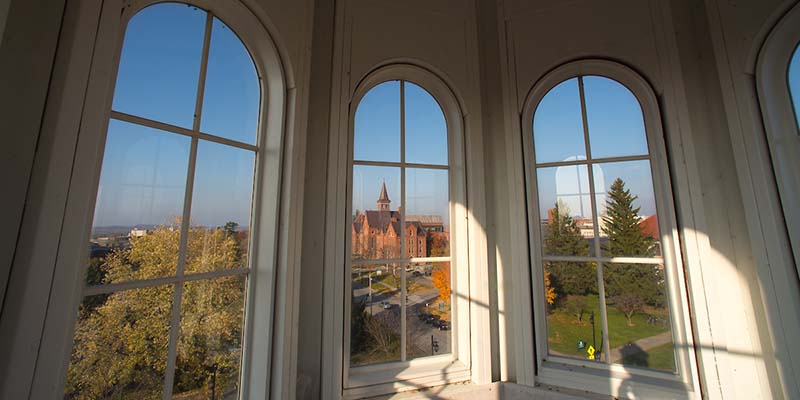 All 95 nursing students earning their degrees this spring from the University of Vermont opted to enter the workforce early and graduate on May 1, rather than the third week of May. The move was featured on NBC News Now on April 25.

“The field you’re going into is maybe more challenging now than it ever was—how does that make you feel,” Burns asks.

Calisti’s response: “Nurses are strong people and they’re resilient and show up when they’re called on so it’s a good reflection—I think—on what I am deciding what to do with my life.”

UVM is among the first colleges in the country to allow nurses to graduate early. Calisti plans to work at the University of Vermont Medical Center following her graduation.