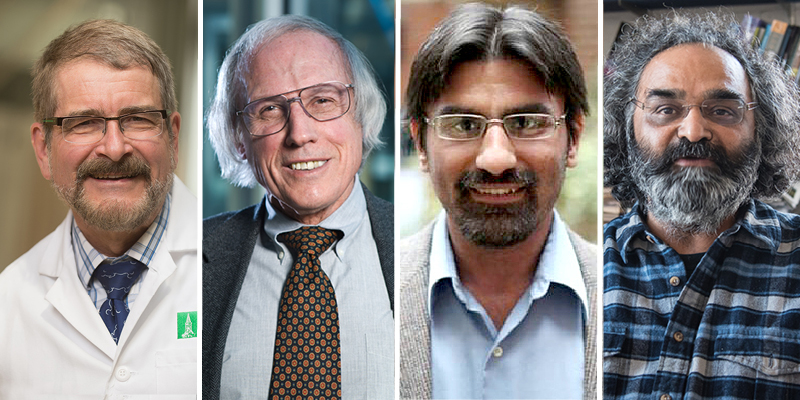 Dr. Holmes is an internationally renowned pediatric neurologist with an expertise in pediatric epilepsy. His research in the laboratory and clinic has resulted in an understanding of the pathophysiological basis of cognitive impairment and other co-morbidities in children with epilepsy. Dr. Holmes studied at Washington & Lee University (B.S.) and the University of Virginia School of Medicine (M.D.) followed by residencies in pediatrics at Yale and pediatric neurology at the University of Virginia. Dr. Holmes spent 16 years at Children’s Hospital Boston and Harvard Medical School, where in 1996 he became Professor of Neurology and was bestowed an honorary M.A. degree. Prior to becoming the Chair of Neurological Sciences at UVM in 2013, Dr. Holmes was the inaugural Chair of Neurology at Dartmouth Medical School. His research is inspired by his patients and their families. He has over 500 peer-reviewed research articles, books, book chapters and review articles. He has enjoyed continuous funding for more than 40 years from federal agencies, primarily the National Institutes of Health. Dr. Holmes served on the editorial boards of 12 epilepsy and neurology journals and has been on multiple NIH study sections and FDA advisory committees. He is the past president of the American Epilepsy Society and has received many honors, including research awards from the American Epilepsy Society, NIH, American Clinical Neurophysiology Society, International League Against Epilepsy and the Child Neurology Society. From 2010–2012 he was a member of the National Academy of Science-sponsored Committee on the Public Health Dimensions of the Epilepsies, culminating in the book Epilepsy Across the Spectrum.

Dr. Stein is an internationally known scientist recognized for development of paradigm-shifting concepts and strategies that opened the field of skeletal biology and pathology to molecular, cellular and epigenetic investigation. He joined the UVM faculty in 2012 as Director of the Vermont Cancer Center and Chair of the Department of Biochemistry, a move that marked a return to UVM, where he had received his PhD in Biology prior to postdoctoral studies at Temple University and faculty appointments at the University of Florida College of Medicine and the University of Massachusetts Medical School. Transdisciplinary team research has always been a key approach for Gary Stein—it has been the guiding strategy for his own research group. He advocated collaboration as Director of the University of Massachusetts Cancer Center, Director of the Massachusetts Center for Stem Cell Biology and Regenerative Medicine, Chair of the University of Massachusetts Medical School Department of Cell Biology and as Director of the University of Vermont Cancer Center. He currently emphasizes partnerships as principal investigator of the Northern New England Clinical and Translational Research Network, Co-Director of the Vermont Cancer Coalition and Chair of the UVM Department of Biochemistry. He is an inspiring leader who has facilitated effective transdisciplinary collaborative research that unites departments within institutions, research centers across geographic regions, and researchers around the globe. He has directed graduate, post-graduate and faculty development programs and serves on regional, national and international scientific advisory boards that establish science policy research priorities and incentivize clinical trials. Dr. Stein received the most prestigious research awards from the American Academy of Orthopedic Surgeons, the Orthopedic Research Society and the American Society of Bone and Mineral Research (ASBMR).  He was also recognized by the ASBMR with the Gideon Rodan Award for mentorship, by Brown University with the Steroid-Hormone Research Award and by UVM Larner College of Medicine with the Outstanding Faculty Research Award (2018). He is a Fellow of the American Association for the Advancement of Science, held the Haidak Distinguished Professorship at the University of Massachusetts Medical School (1999) and currently holds the Arthur Perelman Professorship at the University of Vermont. The central theme of his research is control of proliferation and differentiation with emphasis on cancer-compromised genetic and epigenetic regulation. He has more than 950 publications and has edited more than 25 books that illustrate his significant research contributions and his standing in the scientific community.

Dr. Acquisto joined the department of Romance Languages in 2003 after receiving the PhD from Yale University and has served as department Chair since 2016. He specializes in nineteenth and twentieth-century French literature, with particular emphasis on lyric poetry and the novel. His research interests include the relations between music and literature, the notion of modernity in intellectual history and the arts, and philosophical approaches to poetry, with particular attention to the work of Charles Baudelaire, Stéphane Mallarmé, Marcel Proust and Emil Cioran. He is the author of forty articles and five books: French Symbolist Poetry and the Idea of Music (2006), Crusoes and Other Castaways in Modern French Literature: Solitary Adventures (2012), The Fall Out of Redemption: Writing and Thinking Beyond Salvation in Baudelaire, Cioran, Fondane, Agamben, and Nancy (2015), Proust, Music, and Meaning (2017), and Poetry’s Knowing Ignorance (2020), along with an edited volume entitled Thinking Poetry: Philosophical Approaches to Nineteenth-Century Poetry (2013). A sixth book, on pessimism in nineteenth-century France and our own time, is forthcoming this year. His teaching focuses on modern French literature and intermediate and advanced language courses. He served for ten years as faculty director of the Global Village Residential Learning Community and is core faculty in the Honors College, having taught the interdisciplinary first-year seminar, The Pursuit of Knowledge, for the past ten years. He has also taught interdisciplinary sophomore seminars and graduate courses on modernity and modernism in philosophy, critical theory and the arts.

Asim Zia is Professor of Public Policy and Computer Science in the Department of Community Development and Applied Economics, with a secondary appointment in the Department of Computer Science. He is Director of the Institute for Environmental Diplomacy and Security and a founding Co-Director of the Social Ecological Gaming and Simulation lab at UVM. He has published 54 journal articles, 17 book chapters and 3 books, totaling 74 peer-reviewed publications. His articles have appeared in journals such as Nature Climate Change, Environmental Research Letters, Global Environmental Change, Ecology and Society, Public Understanding of Science, Mitigation and Adaptation Strategies for Global Change, Journal of Artificial Societies and Social Simulation, PLOS One, Energy Policy, Journal of Environmental Psychology, and Sustainability. He has served as a Principal Investigator, Co-Principal Investigator, or Senior Personnel on 22 research grants worth more than $60 million. Grant funds have been secured from the National Science Foundation, McArthur Foundation, Social Sciences and Humanities Research Council, US Department of Transportation, US Department of Defense and USDA. He has recently served a 3-year term on the scientific review committee of the national socio-environmental synthesis center, acting as an academic editor for PLOS One since 2014, and serving a 3-year term as co-editor-in-chief of Complexity, Governance and Networks. He has a PhD in Public Policy from the Georgia Institute of Technology and is the recipient of 2004–2005 best dissertation award from the Association for Public Policy Analysis and Management and a post-doctoral fellowship from the National Center for Atmospheric Research (2004–2006). He is a fellow at the Gund Institute for Environment and a senior research fellow for the Earth System Governance project. He was recently appointed as a Fulbright Global Scholar (July 2020–June 2022) to lead a project on “Securing Clean Water in Transboundary Indus, Jordan and Amazon Basins through Science and Environmental Diplomacy.”