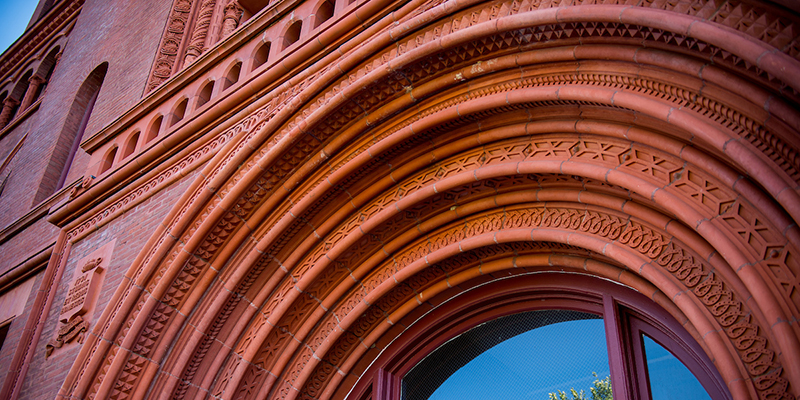 The University of Vermont will launch the 2019  season of its popular historic tours on July 6. Led by UVM emeritus professor William Averyt, the free, weekly tours take place Saturdays from 10 a.m. to noon through Oct. 12. There will be no tour on Sept. 21.

The tour begins at the statue of Ira Allen, just to the south of the fountain on the UVM green. A PDF map of the tour is available here.

UVM was founded in 1791, the fifth oldest university in New England, and it features both an array of historic buildings, including more than a dozen on the National Register of Historic Places, and a collection of larger-than-life personalities.

The architectural highlights of the tour include the Old Mill, completed in 1829, whose cornerstone was laid by the Marquis de Lafayette; the Billings Library, completed in 1885, which leading 19th century architect H.H. Richardson considered among his finest buildings; and Grasse Mount, a brick Federal style mansion built in 1804 by a local merchant, which later served as the residence of Vermont governor Cornelius P. Van Ness.

Royall Tyler, a member of Vermont's Supreme Court in the early 19th century, taught jurisprudence at the university and is said to be one of the models for the villain of Nathaniel Hawthorne's House of the Seven Gables, Judge Pyncheon. And 1879 alumnus John Dewey, whose grave is on campus, is considered one of America's greatest philosophers.

“UVM’s history is a great story, to be sure, but it also resonates with significance,” said Averyt. “Through figures like Marsh and Dewey, the university played an important role in shaping modern America.”

Learn more about the tour and register.