The Fine Art of Connection 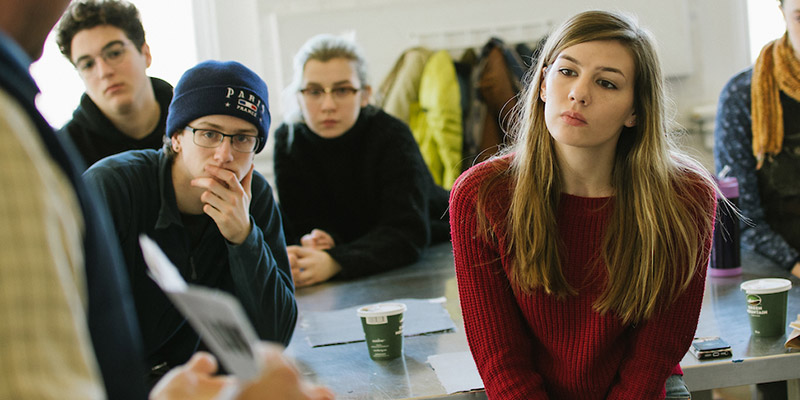 At work in a Williams Hall art studio this spring, selecting, folding and stitching handmade paper into books, first-year Izzy Siedman felt a new connection to the human experience and the power of storytelling. The paper in her hands was made from clothing by refugees in Hamburg, Germany, and the book she was creating would be redistributed to other refugees as a journal where they could tell their stories.

“As an English major,” Siedman says, “I am motivated by language’s ability to reach out to people, and this project furthered my understanding of the ways in which we can accomplish that kind of connection.”

Siedman and her classmates, who together participated in the Peace Paper Project workshop, are part of UVM’s Integrated Fine Arts (IFA) program, one of several College of Arts and Sciences programs designed to help enrich the first-year college experience. Students in these integrated programs take four-to-six classes together as a cohort, and share a residence in the Living/Learning Center.

The artist book class, led by book arts expert and UVM lecturer Steve Kostell, was one of this year's IFA courses. Others included film, creative writing, and philsophy of art and aesthetics. This immersive fine arts experience, Kostell says, enhances students' ability “to tackle complex problems through exploring a variety of creative solutions.”

“One of the most profound lessons of the IFA program is that most disciplines are interconnected.” Siedman says. “Film can relate to history can relate to art can relate to philosophy and so on. The Peace Paper project was another example of how the simple subjects of paper and books can also double as social work, therapy, and creativity.” 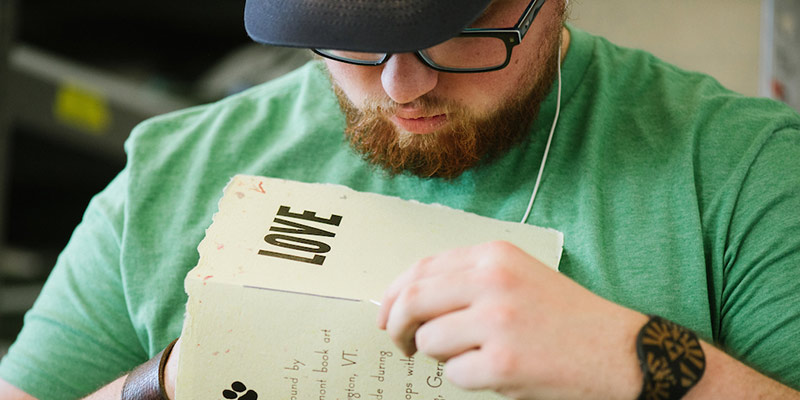 For some students, IFA is a chance to keep an interest in the creative arts alive during college, even while pursing a major in another discipline. “Being around creative, likeminded people in college right out of the gate appealed to me,” says Max Greenwood, a Greek and linguistics double major from Freeport, Maine.

The diversity of students involved, from biology majors to political science majors, is one of the program’s benefits, says food systems major Julian Lathrop. “I personally hadn't taken an art class since 8th grade, but now I am a freshman making artist books twice a week, which is really awesome.” 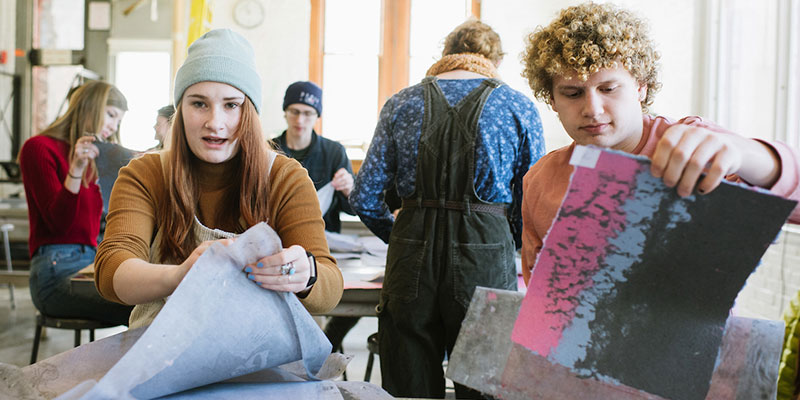 It’s the community that IFA and the other integrated programs build that’s particularly valuable, says Deb Ellis, film professor and IFA director. “In their first semester at UVM,” Ellis says, “students have the opportunity to participate in small classes and develop relationships they will have throughout their four years and beyond — with faculty and fellow students.”

Erin Bundock, studio art major from Shelburne, Vermont, agrees that IFA is a tight-knit community, and that the residential component gives them a leg up. “If there's a big project coming up, we bounce ideas off each other or help problem solve,” she says. “It's a really great way to ground yourself, especially as a first-year student in the larger college setting.”

It’s an environment that sets students up for success, both at UVM and beyond, Ellis says, citing past IFA members in leadership roles across campus and recent graduates flourishing after UVM. IFA alumna Amelia Garrison '16, for example, has completed an internship at the San Francisco Museum of Modern Art, has taught in southern France, and is headed this fall to Cambridge University to pursue a master's in social anthropology. 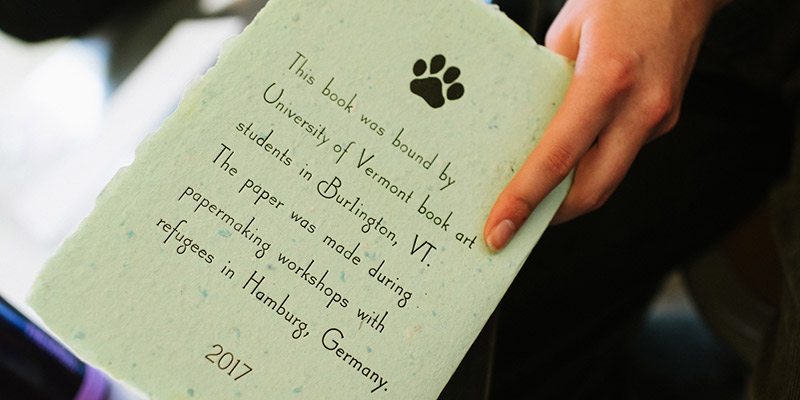 For Siedman, the artist book class and the Peace Paper Project sparked a new interest and a possibility for continued study. “I was fascinated by the healing people found in creating something beautiful from material remnants of perhaps tragic life experiences.” she says. “It’s the kind of work I hope to be doing in the future.”