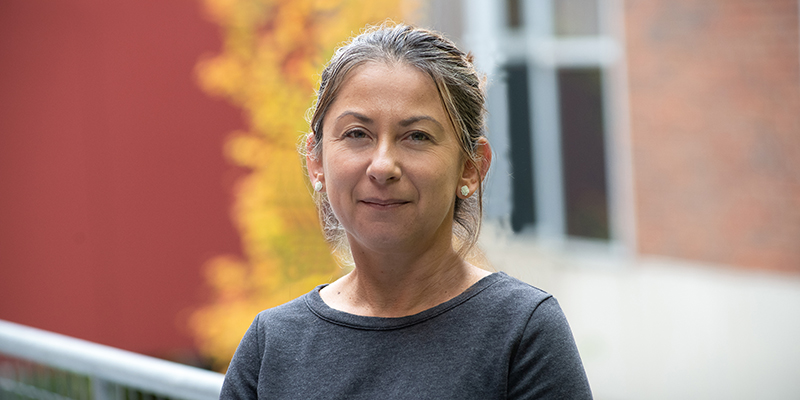 For biologist Laura May-Collado, the questions began with sound. “I grew up in Costa Rica — my dad worked for banana companies — so I always ended up at the boundary between forests and plantations,” she says, “and every night there was a cacophony of sounds.” As a child, listening in the darkness, she wanted to know what animals were making them. “Why is there a new sound today that wasn’t present yesterday?” she wondered.

Then, as an undergraduate at the University of Costa Rica, May-Collado went on a field course in the north of the country, where she heard dolphins for the first time. “A huge group got close to our boat and I could hear these amazing sounds. I was hooked. I wanted to figure out the sound and life of these animals in the sea.”

She is now a renowned researcher on the bioacoustics of whales, dolphins and other marine life. “Sound has always been the core, my passion,” she says.

And that passion drives her to be a tremendously successful teacher with her students in UVM’s Biology Department — and the recipient of this year’s President’s Distinguished Lecturer Award. May-Collado’s research pours into her teaching — all driven by that same elemental curiosity to understand how and why animals make sounds, from whale songs to dolphin whistles to fish noise emissions.

May-Collado’s students love her rigorous approach to teaching and her welcoming personality. “I love that Laura trusts us and treats us as researchers,” one wrote. And in return, May-Collado wants her students to be deeply frustrated and to regularly fail. “Students tell me, ‘I dream about going out on a boat and studying dolphins,’” she says. “But there are a lot of misconceptions about what being a scientist really is.” May-Collado wants them to understand — and deeply experience — that scientists seek the edge of what is known. “Then you really start to think,” she says.

“I try to take my students to that place where they're allowed to get frustrated — because those are the moments when you start testing different approaches. And wondering,” she says. Even her introductory courses are shaped by the latest research. And her advanced courses invert the norm: her students develop independent research projects, often studying her library of recordings she’s made around the world, to seek patterns and contribute to the world’s knowledge of how marine animals communicate. Her undergraduate students have been so successful that many have been co-authors on her scientific publications, and several were invited to present at the World Marine Mammal Science Conference — where they were grilled and praised by experts. (And, yes, some do even get to go out on boats to study dolphins.)

Digging into a question that no one — not even your professor — has the answer to? “That’s a deeper kind of success,” says Laura May-Collado.