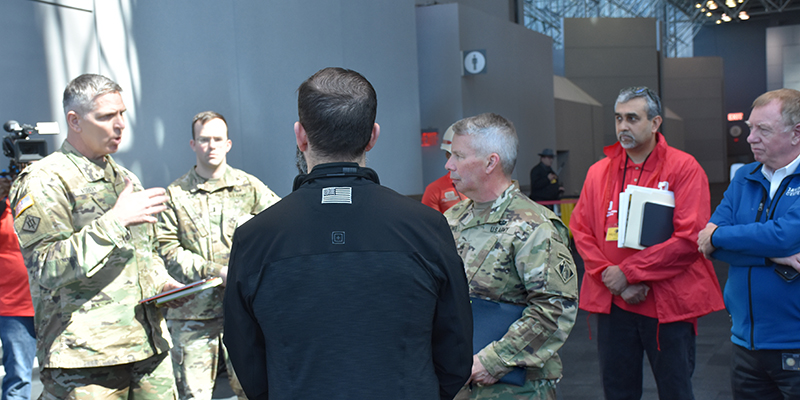 From New York City’s Javits Center to Detroit's TCF Center to Chicago’s McCormick Place, the U.S. Army Corps of Engineers (USACE) is leading efforts to convert public spaces into emergency field hospitals during the COVID-19 pandemic. A UVM alumnus, Lieutenant General Todd Semonite G’88, guides this vital work as Chief of Engineers and Commanding General of the USACE. A native of Bellows Falls, Vt., Semonite earned his master’s in civil engineering from UVM, after completing his undergraduate degree in engineering at the U.S. Military Academy.

As leader, Semonite has also been the public voice and face of the Army Corps, appearing across multiple news outlets to describe the mission and how his engineers are tackling it. Though the Army Corps is 36,000 employees strong, Semonite stresses that his engineers are just one part of a team effort, working collaboratively with FEMA, the federal Department of Health and Human Services, and state and government officials.

In a Department of Defense press conference at the outset of the field hospital retrofits, Semonite, said, “This is an unbelievably complicated problem, and there’s no way we’re going to be able to do this with a complicated solution. We’re going to need something super simple.”

For USACE, super simple has meant standardizing function of facility, either for covid or non-covid patients, and type of building structure, a cavernous stadium or convention hall versus a multi-room dormitory or hotel. Starting from those parameters, the corps works with state and local officials to create the emergency space they most need.

Above all, speed is of the essence, Semonite told CNN’s Jake Tapper. “We don’t have time to do the perfect solution. We’ve got to determine what is mission essential. I tell my guys, ‘You don’t have all the time in the world to build this. You have three weeks, that’s what the curve of that city is, and get it done on time.’”

Semonite has held the top rank at the Army Corps of Engineers since May 2016. Recent assignments have included establishing and directing the Army Talent Management Task Force, reforming the way the Army builds a talented workforce. Semonite was also the commanding general for Combined Security Transition Command-Afghanistan, responsible for the building of the Afghan Army and Police through management of a $13 billion budget to support a 352,000-individual force.

Wearing his dress blues or camo fatigues, Semonite exudes a cut-to-the-chase authenticity, every bit the engineer and military officer. It’s a rare thing to find a YouTube video with universally positive response. But a posting of Semonite’s late-March appearance on "The Rachel Maddow Show" was followed by high praise, much of it summed up by one viewer: “This guy is not playing around. He means business. Refreshing to hear intelligence. I salute you, sir.” 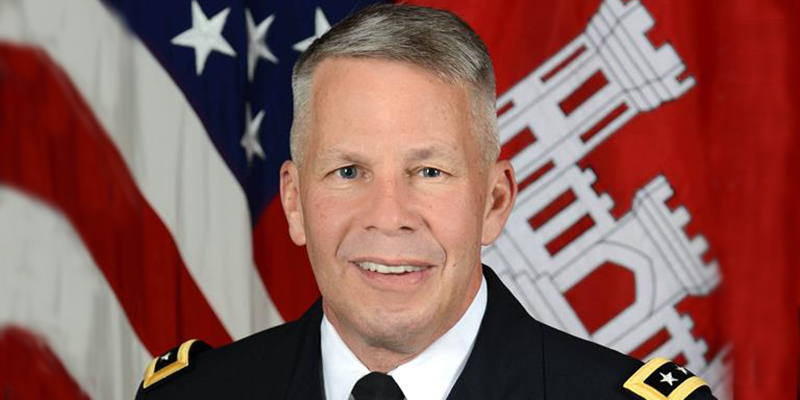 After earning his undergraduate degree in engineering at West Point, Todd Semonite studied at UVM for his master’s in civil engineering, graduating in 1988.