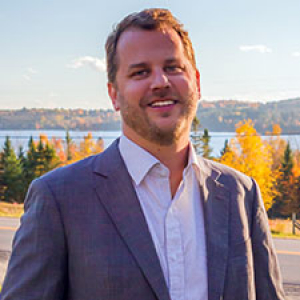 Elected to the Board by the Vermont State Legislature in 2019. Term expires in March 2025. Attended UVM, 1996-1998 and Prescott College, 1998-1999. Member of the Vermont House of Representatives, 2010-2020, with service on the House Committee on Commerce and Economic Development and the House Committee on Ways and Means.  He works as a Real Estate Agent in the Northeast Kingdom, prior to that worked for many years as a freelance web developer. While attending UVM, he was a member of the Lawrence Debate Union. Samuel has served as a Board Member of the Streamlined Sales Tax Governing Board, 2015-2021 and was formerly a board member of the Vermont Telecommunications Authority, 2011-2015.He and his partner, Heidi Lauren Duke, reside in Greensboro, Vermont.