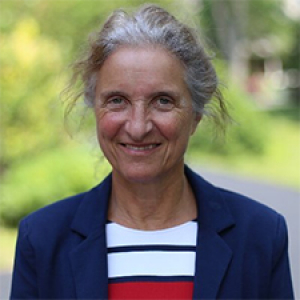 Elected to the Board by the Vermont State Legislature in 2019. Term expires in March 2025. Educated at UVM, BA, History, Phi Beta Kappa, 1978; and Cornell Law School, JD, 1981. Currently serves as a Member of the Vermont House of Representatives and is on the House Ways and Means Committe after two terms on the Natural Resources, Fish and Wildlife Committee. She has been appointed by the Speaker of the House to serve on teh Legislative Commitee on Administrative Rules and on the Lake Champlain Citizens Advisory Committee. A former Vermont school teacher, Carol served on the Burlington School Board for more than ten years, and served as Chair for seven. She represented Grand Isle and Chittenden counties as president on the Vermont School Boards Association board and served on the Regional Advisory Board for Chittenden County’s Technical Centers. Governor Howard Dean appointed her to the Vermont State Board of Education of which she was also Chair. She served on the Burlington Waterfront Board, the Lund Family Center Board, the UVM Alumni Council, and on a United Way allocations team. Her fellow Chittenden County lawyers elected her to the Vermont Bar Foundation (VBF) Board where she became Vice Chair and collaborated with bank and credit union presidents to raise funds for foundation grantees, including Vermont Legal Aid. She then consulted with the VBF and worked with the Access to Justice Coalition, raising funds for the Vermont Poverty Law Fellowship. She was Vice Chair of The Vermont Journalism Trust Board for VTDigger. Carol currently serves on the Stern Center and the Burlington Students’ Foundation boards.  She is married to Paul Ode and they have four children.