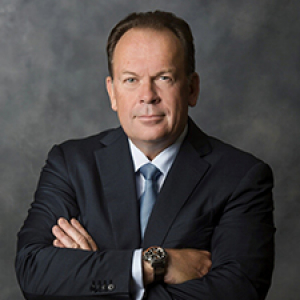 Elected to the Board by the self-perpetuating board in 2020. Term expires in March 2026. Born in Nashua, New Hampshire. Educated at University of Vermont, BS in Biology and BS in Computer Science, 1986. John is currently an Operating Advisor for Clayton, Dubilier and Rice, LLC, a private equity firm. He is also the Chairman of the Board of Syneos, Carestream Dental and Healogics and serves on the board of directors of Cognizant. Formerly, over a 28-year career, John served a variety of leadership roles at General Electric Company (GE), including Chief Executive Officer of GE Healthcare, President and Chief Executive Officer of GE Transportation, President of GE Plastics, General Manager of GE’s Power Equipment business and General Manager of GE’s Appliances, Microwave and Air-Conditioning businesses. He is married to Gina, and they have two children, Hannah and Jack.