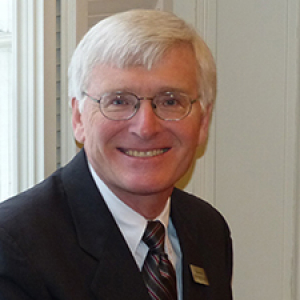 Elected to the Board by the Vermont State Legislature in 2017. Term expires in March 2023. Born in Philadelphia, Pennsylvania. Educated at University of Oklahoma; and Oklahoma State University, BS, 1980 and DVM, 1981. Member, Vermont House of Representatives 2011-present. Member of the House Committee on Transportation and the House Committee on Rules; previous member of the House Agriculture and Forestry Committee. John spent his professional career in biomedical research as a laboratory animal veterinarian. He was Chief of the Research Animal Management Branch of the National Institute of Child Health and Human Development at the National Institutes of Health (Bethesda, Maryland) from 1990 to 2005, and retired with the rank of Captain (O-6), U.S. Public Health Service. Previously, he served as Head of Laboratory Animal Medicine from 1986 to 1990 for an operations and technical support contract at the Frederick Cancer Research and Development Center (part of the National Cancer Institute) in Frederick, Maryland. Early in his veterinary career, he served in the U.S. Air Force as Base Veterinarian at Incirilik Air Base, Turkey, and in the U.S. Army at Aberdeen Proving Ground, Maryland, where he received his specialty training in laboratory animal medicine. As a Justice of the Peace, he currently serves on Hartland’s Boards of Civil Authority and Abatement. He also serves on the Board of Directors for a Scandinavian cultural arts organization, and previously served on the Boards for Revels North and the Upper Valley Music Center. He is married to Julianne Harden. John and Julianne have one daughter, Marta.