LTC McCracken was born in Greenville, Pennsylvania and grew up in nearby Meadville,
Pennsylvania. He commissioned into the US Army Ordnance Corps in 2003 and graduated
from the Ordnance Officer Basic Course at Aberdeen Proving Ground, Maryland. 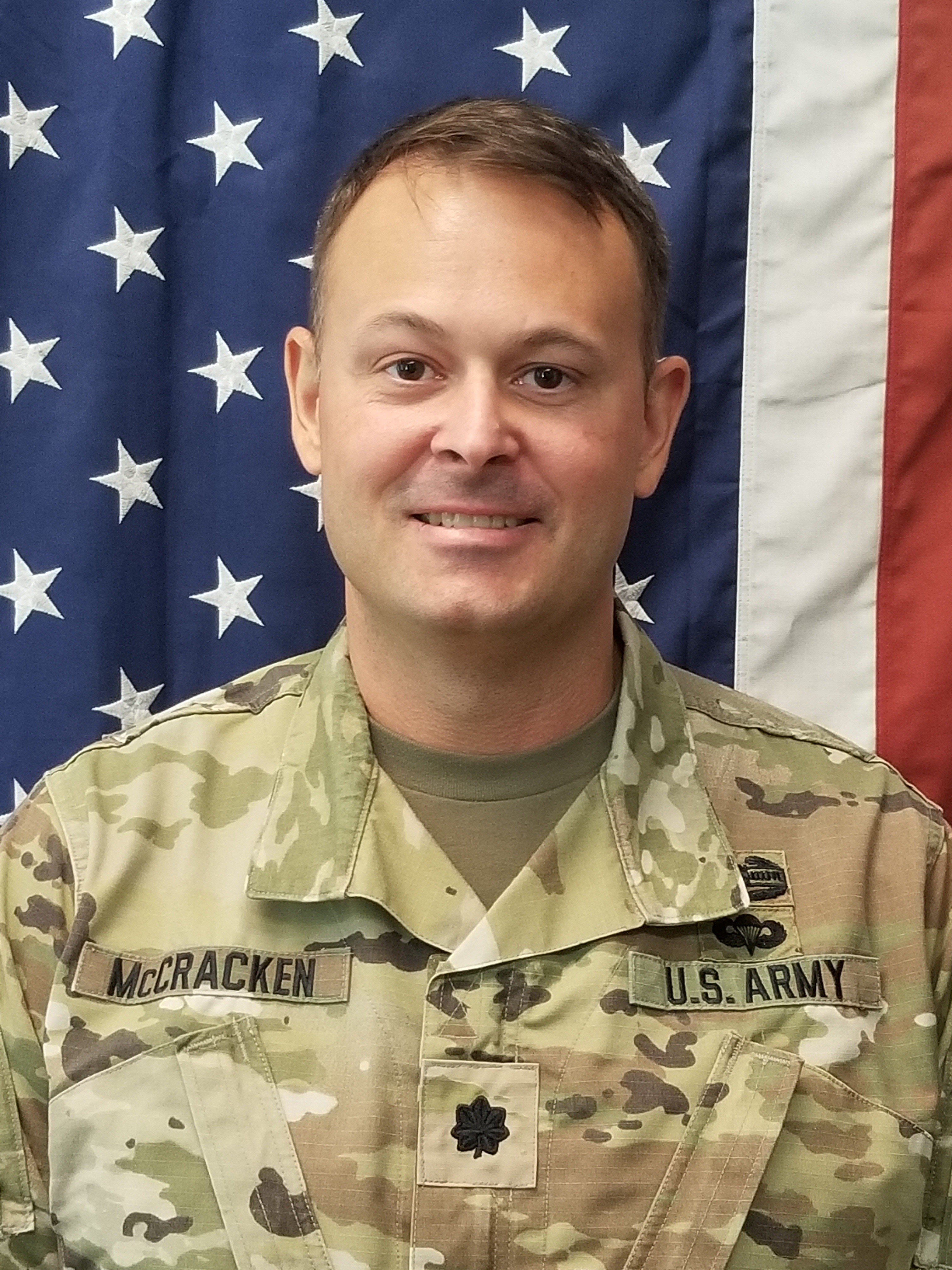