Construction and Disruption of Spatial Memory Networks During Development 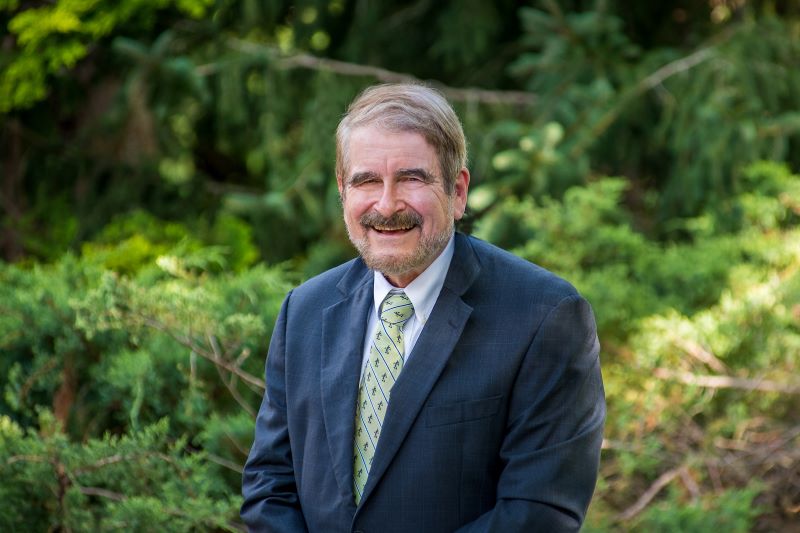 The Graduate College is pleased to present the Teams Live Event Construction and Disruption of Spatial Memory Networks During Development, a lecture by University Scholar Gregory L. Holmes, M.D. on Wednesday, September 23, 2020 at 4:30 pm.

Spatial memory, the aspect of memory involving encoding and retrieval of information regarding one’s environment and spatial orientation, is a complex biological function incorporating multiple neuronal networks. Hippocampus-dependent spatial memory is not innate and emerges during development in both humans and rodents. In children, non-hippocampal dependent egocentric (self-to-object) memory develops before hippocampal-dependent allocentric (object-to-object) memory. The onset of allocentric spatial memory abilities in children around 22 months of age occurs at an age-equivalent time in rodents when spatially-tuned grid and place cells arise from patterned activity propagating through the entorhinal-hippocampal circuit. Neuronal activity, often driven by specific sensory signals, is critical for the normal maturation of brain circuits. This patterned activity fine-tunes synaptic connectivity of the network and drives the emergence of specific firing necessary for spatial memory. Whereas normal activity patterns are required for circuit maturation, aberrant neuronal activity during development can have major adverse consequences, disrupting the development of spatial memory. Seizures during infancy, involving massive bursts of synchronized network activity, result in impaired spatial memory when animals are tested as adolescents or adults. This impaired spatial memory is accompanied by alterations in spatial and temporal coding of place cells. The molecular mechanisms by which early-life seizures lead to disruptions at the cellular and network levels are now becoming better understood, and provide a target for intervention, potentially leading to improved cognitive outcomes in individuals experiencing early-life seizures.

Dr. Holmes is an internationally renowned pediatric neurologist with an expertise in pediatric epilepsy. His research in the laboratory and clinic has resulted in an understanding of the pathophysiological basis of cognitive impairment and other co-morbidities in children with epilepsy. Dr. Holmes studied at Washington & Lee University (B.S.) and the University of Virginia School of Medicine (M.D.) followed by residencies in pediatrics at Yale and pediatric neurology at the University of Virginia. Dr. Holmes spent 16 years at Children’s Hospital Boston and Harvard Medical School where in 1996 he became Professor of Neurology and was bestowed an honorary M.A. degree.  Prior to becoming the Chair of Neurological Sciences at UVM in 2013, Dr. Holmes was the inaugural Chair of Neurology at Dartmouth Medical School. His research is inspired by his patients and their families. He has over 500 peer-reviewed research articles, books, book chapters and review articles. He has enjoyed continuous funding for more than 40 years from federal agencies, primarily the NIH.  Dr. Holmes served on the editorial boards of 12 epilepsy and neurology journals and has been on multiple NIH study sections and FDA advisory committees. He is the past president of the American Epilepsy Society and has received many honors including research awards from the American Epilepsy Society, NIH, American Clinical Neurophysiology Society, International League Against Epilepsy and the Child Neurology Society. From 2010-2012 he was a member of the National Academy of Science sponsored Committee on the Public Health Dimensions of the Epilepsies culminating in the book Epilepsy Across the Spectrum.