Joshua Faulkner coordinates the Farming and Climate Change Program in the UVM Extension Center for Sustainable Agriculture.  He does applied research and outreach on soil, water, and nutrient related issues across the state and provides technical assistance to farmers on practices and innovative solutions to improve the management of these resources.  His work spans from the farmstead to the watershed scale.

Woodchip heavy-use areas (aka 'out-wintering pads', 'woodchip pads') are attractive options for livestock producers wanting to protect pastures during sensitive times due to their reduced cost and increased animal comfort compared to concrete. The effluent production, and potential environmental impact, of these systems is uncertain and engineers need reliable guidance for design of corresponding wastewater handling systems. The objectives of this project were to 1) evaluate the hydrologic performance of a woodchip heavy-use area installed in the Northeastern United States over two years of operation, and 2) improve estimation of effluent production methods and design guidance using measured data. Precipitation and effluent volumes were measured over 23 months and nutrient concentration of effluent from multiple storms was analyzed. A water balance was determined. Measured data indicated that 24% of the incoming precipitation became effluent over the study period, but effluent production was much greater during the winter months (37%) than during the non-winter months (17%). Evaporation dominated water outflows from the system (67%-84%). Absorption and evaporation of moisture by the woodchip media, and resulting antecedent moisture condition, greatly influence effluent production. Regionally-specific runoff coefficients are compared to other design approaches and presented as appropriate for effluent volume estimation. Nutrient concentration of effluent was generally lower than reported values from other woodchip, earthen, and concrete open lot studies. Additional research is called for.

The need for less resource-intensive agricultural waste treatment alternatives has lately increased. Vegetative treatment areas (VTAs) are considered a low-cost alternative to the collection and storage of various agricultural wastewaters. As VTAs become more widespread, the need for design guidance in varying climates and landscapes increases. The purposes of this study were to investigate runoff movement and nitrate-nitrogen concentrations within two VTAs and to use the results to improve VTA design and recommendations for management. Silage bunker runoff movement through the selected VTAs following a 7.8 mm (0.31 in) rainfall event was characterized using a chloride tracer. Both surface and subsurface runoff movement was analyzed using tracer concentrations and a simple binary mixing model. Results show that concentrated surface flow paths existed within both VTAs, and surface flow in general was more prevalent in the VTA that received a higher hydraulic loading. Rapid preferential flow to shallow monitoring wells was also observed. A shallow restrictive soil layer likely exacerbated surface flow but restricted runoff water and nitrate-nitrogen from leaching to deeper groundwater. The nitrate-nitrogen did not appear to be directly linked to runoff movement, but concentrations as high as 28 mg L-1 were observed in downslope surface flow in the wetter VTA. A more comprehensive VTA design process is called for that accounts for shallow soils and antecedent moisture conditions. Regular maintenance and design measures to prevent the formation of concentrated flow paths are also critical to the prevention of surface discharge.

Silage bunker runoff can be a very polluting substance and is increasingly being treated by vegetative treatment areas (VTAs), but little information exists regarding nutrient removal performance of systems receiving this wastewater. Nutrient transport through the shallow subsurface of three VTAs (i.e. one VTA at Farm WNY and two VTAs at Farm CNY) in glaciated soils containing a restrictive layer (i.e., fragipan) was assessed using a mass balance approach. At Farm WNY, the mass removal of ammonium was 63%, nitrate was 0%, and soluble reactive phosphorus (SRP) was 39%. At Farm CNY, the mass removal of ammonium was 79% in the West VTA, but nitrate and SRP increased by 200% and 533%, respectively. Mass removal of ammonium was 67% in the East VTA at Farm CNY; nitrate removal was 86% and SRP removal was 88%. The East VTA received a much higher nutrient loading, which was attributed to a malfunctioning low-flow collection apparatus within the settling basin. Results demonstrate that nutrient reduction mechanisms other than vegetative uptake can be significant within VTAs. Even though increases in nitrate mass were observed, concentrations in 1.65 m deep wells indicated that groundwater impairment from leaching of nitrate was not likely. These results offer one of the first evaluations of VTAs treating silage bunker runoff, and highlight the importance of capturing concentrated low flows in VTA systems.

Vegetative treatment areas (VTAs) are commonly being used as an alternative method of agricultural process wastewater treatment. However, it is also apparent that to completely prevent discharge of pollutants to the surrounding environment, settling of particulates and bound constituents from overland flow through VTAs is not sufficient. For effective remediation of dissolved agricultural pollutants, VTAs must infiltrate incoming wastewater. A simple water balance model for predicting VTA soil saturation and surface discharge in landscapes characterized by sloping terrain and a shallow restrictive layer is presented and discussed. The model accounts for the cumulative effect of successive rainfall events and wastewater input on soil moisture status and depth to water table. Nash-Sutcliffe efficiencies ranged from 0.65 to 0.81 for modeled and observed water table elevations after calibration of saturated hydraulic conductivity. Precipitation data from relatively low, average, and high annual rainfall years were used with soil, site, and contributing area data from an example VTA for simulations and comparisons. Model sensitivity to VTA width and contributing area (i.e. barnyard, feedlot, silage bunker, etc.) curve number was also investigated. Results of this analysis indicate that VTAs should be located on steeper slopes with deeper, more-permeable soils, which effectively lowers the shallow water table. In sloping landscapes (>2%), this model provides practitioners an easy-to-use VTA design and/or risk assessment tool that is more hydrological process-based than current methods. 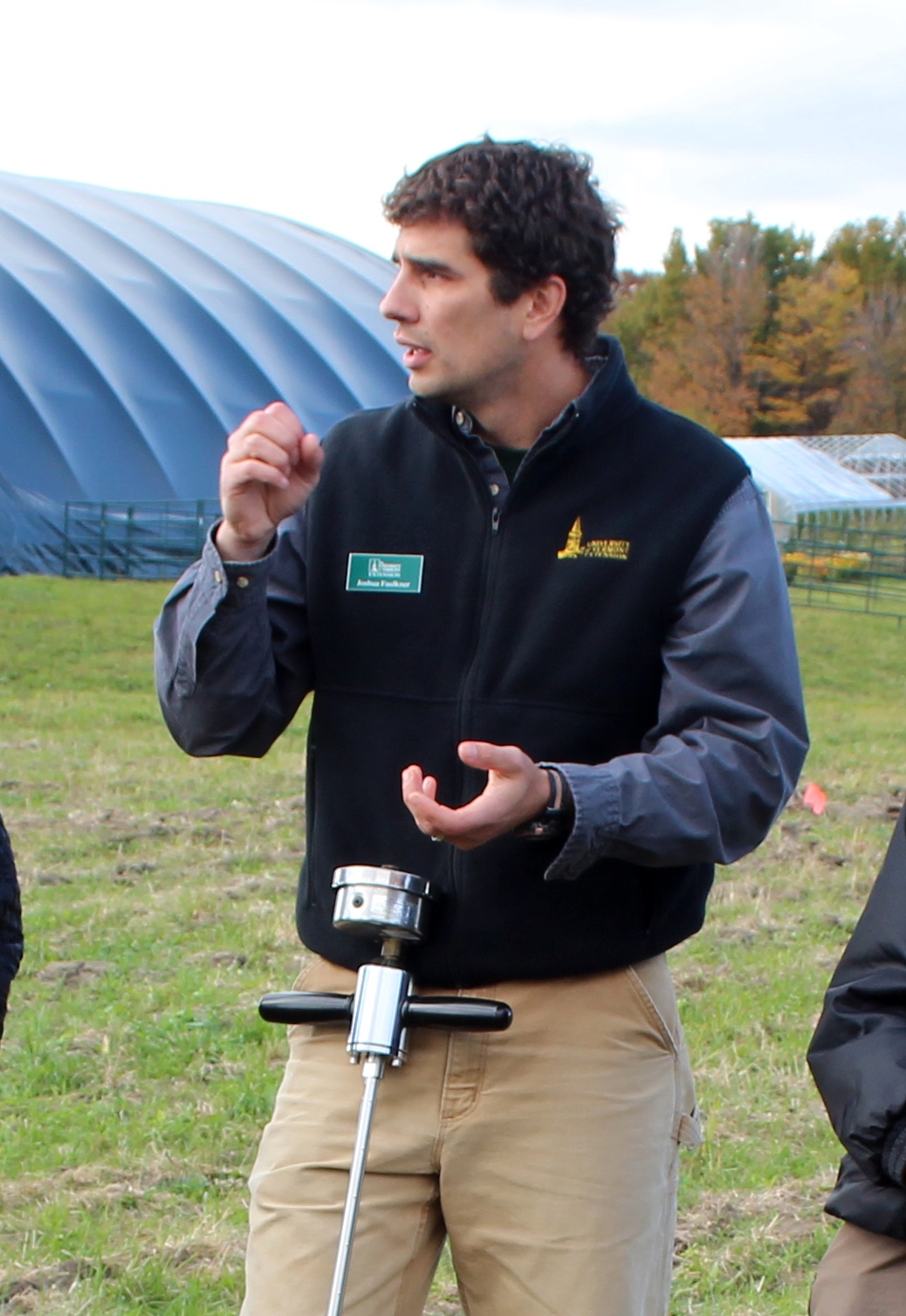