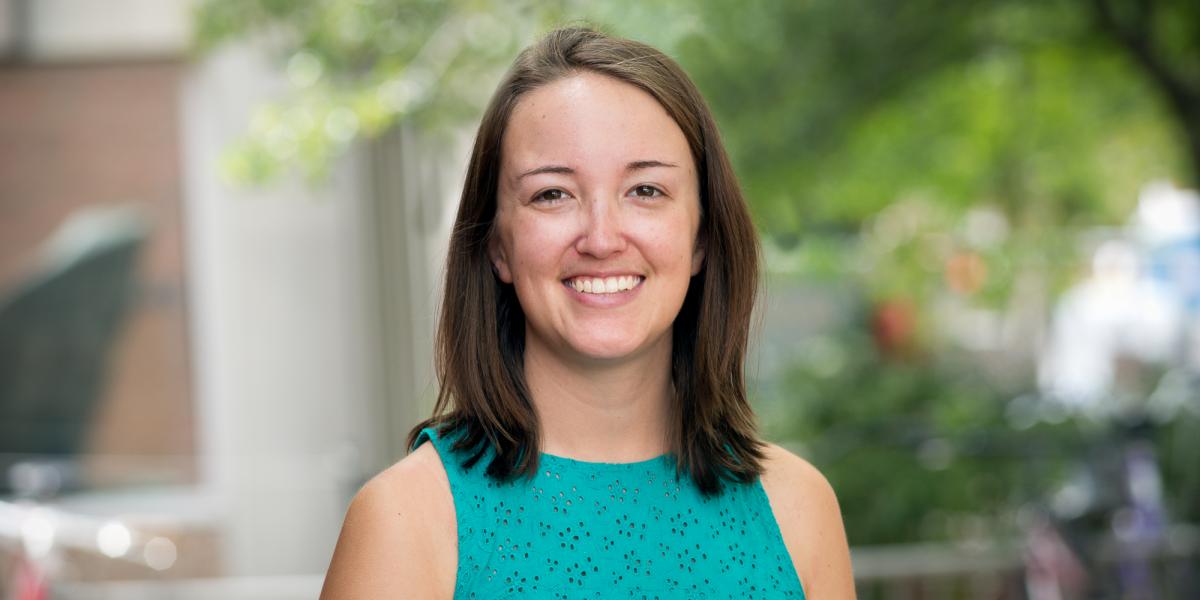 After completing graduate school at the University of Michigan in 2016, Lisa Dion cast about for a summer internship before taking up her duties as a lecturer at UVM. Then an ad for a program called Girls Who Code caught her eye.

“Women are definitely underrepresented in computer science and working toward gender parity is something close to my heart,” Dion said.

She had never heard of Girls Who Code but was intrigued enough to apply for a summer position. She was accepted and soon found herself in Atlanta receiving a week of intensive training. As a newly minted Girls Who Code instructor, she taught a seven-week course that summer to 20 girls.

Dion was thrilled about the experience but disappointed to learn during her training that Vermont was one of only two states in the U.S. without a Girls Who Code chapter.

Girls Who Code is a non-profit organization founded by Reshma Saujani, a New York attorney and activist. During her primary campaign as a Congressional candidate for the 14th District of New York in 2010, she emerged as a strong advocate for closing the gender gap in computer science. She lost the race, but established Girls Who Code in 2012. The organization now claims over 8500 programs, clubs and summer immersion programs around the world.

The Girls Who Code website points out that fewer women are entering computer science fields than men—and they are losing ground. “In 1995, 37% of computer scientists were women. Today, it’s only 24%. The percent will continue to decline if we do nothing.”

Dion is aware of the problem on the local level. She collaborates with faculty members in computer science and the UVM College of Education and Social Services to address the dearth of teachers certified to teach CS to junior high and senior high schools in Vermont. The group found that 60% of Vermont high schools reported offering CS courses in 2020. But when data are disaggregated for socioeconomic status, ethnicity, and gender, only 50% of rural high schools in Vermont offer CS courses.

“The first conversations I had about Girls Who Code at UVM were with colleagues who had kids in different school systems,” Dion recalls. “Other than that, I was a newcomer to Vermont. I didn’t have any real connections.”

She hadn’t intended on starting a chapter during her first year in Burlington, but encouraged by the positive feedback from her colleagues, she decided to take the plunge.

Friends of the initial class members asked to join, and Dion also made room for boys and jealous younger siblings wanting to get in on the action.

“We do highlight women in technology as part of the club, and we do talk about wanting equity in tech and emphasizing how everyone can code,” says Dion. “At the same time, we try not to be exclusionary based on age or gender.”

Dion based her lessons loosely on the Girls Who Code online curriculum, providing long-term projects like building a website. The participants built on their knowledge week to week, starting with pictures and headings, adding styles, colors and sizes, and eventually learning basic programming languages.

Over the years, Dion has recruited UVM students to help run the classes. Currently she has student volunteers who help out when they can and three students enrolled in CS 192, a one-credit service-learning class offered by CEMS.

Girls Who Code classes are free—funding through the Vermont Consortium Space Grant helped pay for technology like Arduino kits, open-source hardware for young people starting out in coding and electronics.

“The good part is that you only need to have a computer with internet access” said Dion. “That’s also made it available to more kids. We have a student in Maine who is joining us now.”

When the pandemic hit, Dion shifted the class meetings online. Students were used to using Zoom in their school classes, so it was a fairly easy transition—for the girls at least.

“We’d been working in Teams (at UVM), so I leaned on the class to help me figure out how Zoom worked.”

Recognition has come Dion’s way since she began her first Girls Who Code class. In 2020 she received the Central Vermont Chamber of Commerce ATHENA Young Professionals Leadership award.

There have been other rewards—Dion has Facebook connections with her first cohort of students in Atlanta and she has followed their higher education careers. She’s gratified that many are majoring in computer science.

One of the students in the club, Nisha Shah, travelled with Dion to represent the club at the NASA Space Grant's 30th Anniversary Celebration in Washington, D.C. in February 2020.

“She’s told me that because of the club she’s going to go into biomedical engineering. She might not have considered that before starting coding and being introduced to the STEM area, so that was really nice to hear.”