The Impact of Critical Reflection 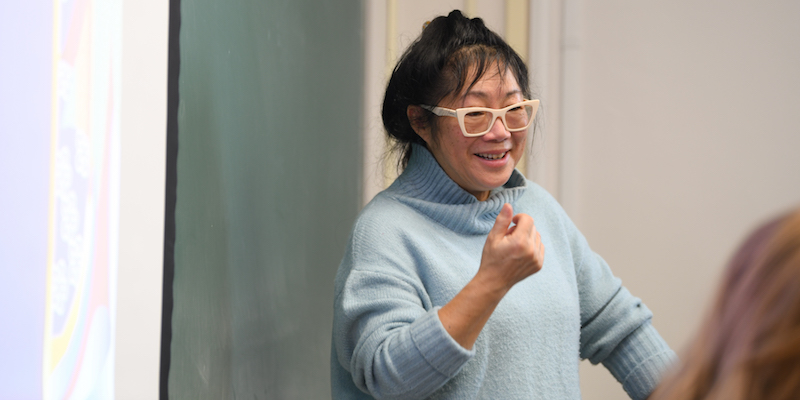 Dr. Jan Fook, Chairperson in the Department of Social Work at the University of Vermont, is a self-described “unconventional academic.”

Originally from Australia, Fook first studied social work in 1974 and has worked in academia for nearly 40 years, arriving at UVM in 2019. She is a widely recognized international scholar known for her work on critical social work, practice research and critical reflection.

Published extensively in these areas, she held professorial positions at several different universities in Australia, the United Kingdom, Canada, and Norway. Her interdisciplinary practice has taken her all over the world, encompassing education, social work, professional development, and interprofessional work. Fook's most recent books include Learning Critical Reflection: Experiences of Transformative Learning (2019), Social Work: A Critical Approach to Practice (2016), and Researching Critical Reflection: Multidisciplinary Perspectives (2016).

During a study spanning ten years in Australia that resulted in the publication of her book, Professional Expertise (2000), Fook turned her focus to the study of critical reflection. It became clear to her that all professionals need an ability to critically reflect to become “expert”. That includes learning from experiences, adapting theories and practices to changing and often unpredictable situations, and not just imposing theory in a top-down way.

She also discovered that many social work courses at that time stressed the importance of critical reflection, but what it meant and entailed wasn’t explicitly taught. “Everyone says they critically reflect,” Fook says. “But when you pin them down, they can’t really describe how they do it or what’s involved.”

For nearly 20 years, Fook has been developing and teaching her model of critical reflection, a deliberately structured and concrete methodology to get at the root of what’s underneath—and what’s implicit—in our understanding and assumptions about ourselves, others, and our place within our culture.

“I kind of got converted by it (critical reflection), because when I started teaching my model to people, I actually found them making change,” Fook explains. “I could see them changing their thinking in front of me.” 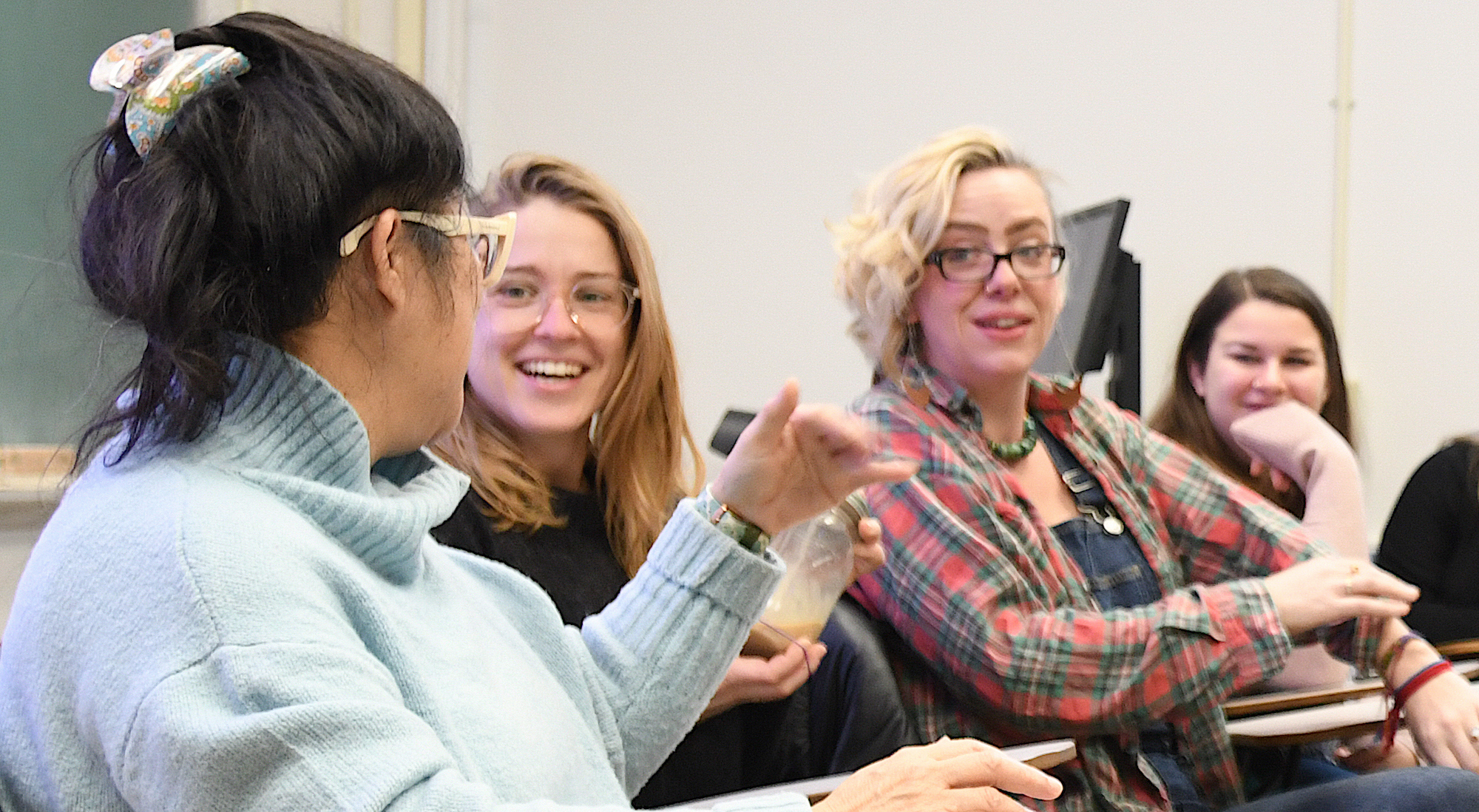 Learning How to Learn from Experience

According to Fook, there are two main ways in which to critically reflect: practicing in real-time and after-the-fact, where she specializes. Fook runs workshops in small group settings, asking participants to bring an example of a significant experience from which they want to learn.

The first part of her workshops involves creating an appropriate learning space to practice critical reflection, as painful and uncomfortable feelings can surface.

“What I emphasize is that they’re learning how to learn from experience,” Fook says. “And that we need to have a helpful learning climate that is ethical and egalitarian. Part of good learning is emotional, and often if you don’t feel strongly about something, it means you don’t necessarily care enough to want to learn from it. While we don’t necessarily deliberately look for strong emotions, when they arise, they are a good flag for what might be important. So it is useful to reflect on what these strong emotions mean in order to delve deeper. People learn how to be supportive, but without reaffirming what the person did.”

Fook says the idea is to refrain from making judgments about what the person did and unearth the thinking behind behavior—thinking that the person may not even be aware of it. She shows participants how to ask questions that get at what’s underneath, such as, I wonder where that came from? I wonder what you were assuming about your own power in relation to that person?

“One of the assumptions that come up with social workers is that you need to have all the answers,” Fook says. “You can’t have all the answers. And of course, the corollary of that is, I’m a failure because I didn’t have the answer quickly or the person didn’t change immediately as a result of what I said.

“Some of the stories I’m dealing with now are students blaming themselves because a person said something racist in front of them, and they didn’t confront it at the time and didn’t change that person’s thinking on the spot. So, we’ll talk about it. Well, what are we assuming about change? Does it absolutely always have to be visible and immediate?”

Once the participants have dug up the implicit assumptions, they engage in the second part of the reflection, which focuses on what they wish to change about their thinking and their actions. Fook encourages them to put a label on it. She recalls helping a manager realize he was assuming that he was responsible for the welfare of all of his employees, thinking he had to be a “superhero” and take care of their total welfare on the job. So he coined the phrase, “I can take my cape off sometimes” to help him remember to sometimes let others initiate, ask for help, or help themselves."

Fook says she loves the work. “I learn so much because it’s about listening and understanding other people’s perspectives and experiences. The group setting works really well because participants start to realize they have quite a lot in common and comes from the broader context—and that’s a critical part of critical reflection as well. This is not just an individual thing, but also connected to a social, political, cultural, and historical context.”

Fook continues to do consultancy work in critical reflection throughout the world. She has published numerous books on the topic. Currently, she is working on a book (to be published with Routledge), which is a compilation of chapters written by social workers in the United Kingdom who are embedding critical reflection in their organization. A second book – being written with a Canadian colleague, Merlinda Weinberg – tackles the issue of racism in social work practice, using an ethical and reflective framework.

At the University of Vermont, Fook offers critical reflection workshops in a Social Work Continuing Professional Education Series. The workshops aim to introduce people to the practice of critical reflection and how it can be used in the workplace. One workshop aims to help social workers maintain their identity, integrity, and fundamental values in challenging work environments.

“We often create impossible dilemmas (damned if I do, damned if I don’t). This is not to say that many workplaces are not problematic, but there might at least be a third way of seeing things, and practitioners find this realization quite liberating, honestly.”

Fook explains that critical reflection helps people understand the aspects of the work they can be responsible for and the aspects which might be less under their control. This can give them a fresh take and alternatives while reconnecting them to mportant values.

“One learner told me that she feels lighter, like a burden has been lifted,” Fook says. “These are the moments I so enjoy. And I just find it so energizing, inspiring and humbling, because you realize that the people you’re working with have sound values, but they just can’t always see a way to act on them in their current situation. My role is to help them create new pathways to act and change themselves and their situations. What more satisfying role can there be for an educator?” 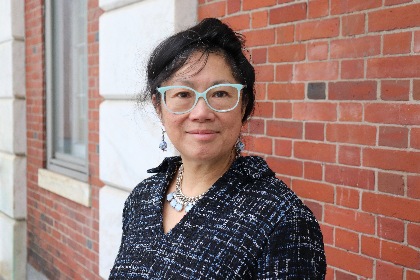