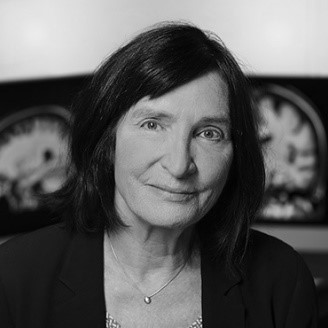 The University of Vermont will award an honorary degree at the May 2019 commencement ceremony to a graduate of our General/Experimental Psychology PhD Program, Dr. Michela Gallagher.  Dr. Gallagher received her PhD under the mentorship of Professor Bruce Kapp in the UVM Department of Psychology.

Michela Gallagher, University of Vermont Graduate College 1977, leads a diverse team of scientists researching the underlying brain changes that occur with memory loss. The Alzheimer’s Drug Discovery Foundation considers Professor Gallagher’s groundbreaking research, which has led to a late stage clinical trial, to be the most promising program in their portfolio of drug development. Professor Gallagher’s therapeutic approach is to treat a transitional condition from normal aging to a clinical diagnosis of early dementia, a high-risk phase referred to as “mild cognitive impairment” (MCI). The study, named HOPE4MCI—the most advanced of its kind—is designed to track progression in participants to determine whether treatment will prevent dementia. Professor Gallagher is the Krieger-Eisenhower Professor of Psychological and Brain Sciences and the Director of the Neurogenetics and Behavior Center at Johns Hopkins University. Her forty years of scientific work have made her a leader in the realm of brain studies: she specializes in understanding the neurobiology of learning, memory, and the aging brain. In 2008 she founded AgeneBio, a company that specializes in drug discovery and development, with the mission of providing novel therapeutics for unmet needs. She now serves as a scientific advisor and holds a position on the company’s board of directors. She is also widely recognized as a superior mentor training the next generation of scientists; she has mentored nearly 50 pre- and post-doctoral scientists who themselves are now influencing academia and industry. Professor Gallagher’s devotion to understanding the mechanisms of disease and healing in human neuroscience are bringing us closer to an intervention for Alzheimer’s disease, potentially affecting the well-being of millions around the world. She will be awarded a Doctor of Science, honoris causa.