Professor Feldman specializes in political theory and political culture. She has published in the field of Soviet political theory, the post-Soviet transition to democracy, trade policy and population theory. She is the author of Citizenship, Faith, and Feminism (Brandeis UP, May 2011) and Lubavitchers As Citizens: A Paradox of Liberal Democracy (April, 2003, Cornell University Press). 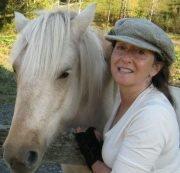