Sin yee Chan's research interests are in the areas of Chinese philosophy, ethics, and the emotions. She employs the tools of analytical philosophy to analyze, criticize and develop Chinese ethical ideas, especially those of ancient Confucian philosophers such as Mencius and Confucius himself. Professor Chan has a strong interest in comparative philosophy – in particular, in making comparisons and drawing contrasts between Chinese philosophy and Anglo-American analytical philosophy. Her work in ethics focuses on relationship ethics, feminist care-ethics, and on the critique of major Western ethical traditions such as Kantianism and utilitarianism. She is especially interested in the relationship between the emotions and morality, for instance, in the motivational role of the emotions in moral action.

Professor Chan teaches an introductory class in comparative philosophy, intermediate level courses on ancient Chinese philosophy and feminism, and upper-level seminars on the emotions and Chinese philosophy in the period between the third and the thirteenth century. The introductory course compares Chinese and Anglo-American philosophical traditions on issues in philosophy of religion, ethics and epistemology. The intermediate course on Chinese philosophy surveys the most important philosophical schools in ancient China – Confucianism, Taoism, Mohism and Legalism. In the feminism course, Professor Chan bring major theories of justice – libertarianism, liberalism and egalitarianism, for example, to bear on issues in feminist ethics such as abortion, affirmative action, and pornography. The seminar on the emotions examines the nature of emotions and their relationship to morality and moral agency. The seminar on the Medieval Chinese philosophy examines the school of Neo-Confucianism, Neo-Taoism, and Chan (Zen) Buddhism. 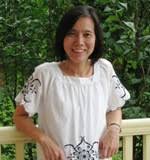 Ethics, Chinese Philosophy, Philosophical Psychology, Feminism and the discussion of the interplay between feminism and Confucianism.