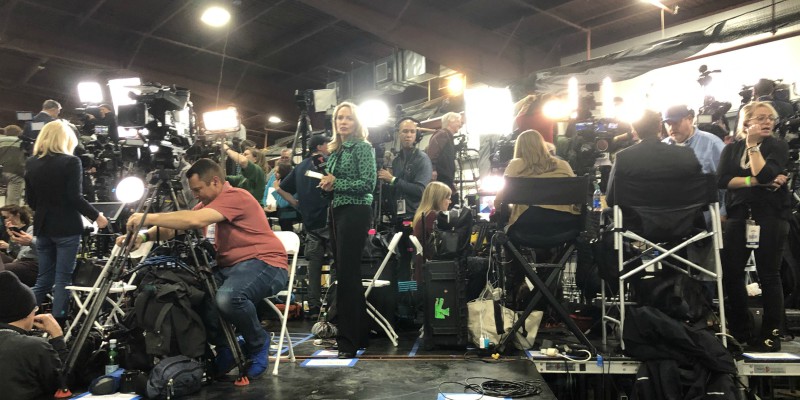 The contest has shifted to a race between Biden and Vermont Sen. Bernie Sanders. As the primary season rolls on, we asked UVM political scientist Lisa Holmes to share her impressions of the primaries so far, and to look ahead at the November general election.

Suddenly it looks like this is another race between the Democratic insider and the insurgent, similar to what we had in 2016. What’s different about 2020?

It certainly does look redux, with the progressive wing of the Democratic party against the more moderate establishment wing. Republicans already had this battle between the Tea Party wing and the establishment wing, and the Tea Party won out. Democrats still need to work out their own internal conflicts. Hillary Clinton had the gender factor working against her, along with baggage from the Bill Clinton administration. Biden has baggage, but in the minds of many voters he’s more closely associated with Obama which is an advantage to him . . .

It also matters that four years ago it was just Hillary and Bernie. This time we’ve narrowed down the competitors from a much broader field . . . I think it matters that Buttigieg, Klobuchar and Bloomberg dropped out within days of each other and immediately threw their support behind Biden. That’s a momentum factor we didn’t have in 2008.

The narrative seems to be that while Sanders is close to Biden in the delegate count, it was a pretty disappointing night for him on Tuesday.

What’s so interesting about presidential politics is the rules are changing a little bit every time. This year California moved up in the primary calendar to be part of Super Tuesday. That might have helped Bernie because his victory there stemmed the bleeding after a pretty bad night. California usually votes when the race has already been decided.

A lot was made of Biden winning Minnesota on Tuesday after not even campaigning there. Senator Klobuchar’s endorsement certainly helped—she’s very popular there. But Minnesota used to be a caucus state, a big reason why Bernie won it four years ago. The caucus format tends to reward candidates who have a really committed base of support. Candidates with broader but less committed support tend to underperform in caucuses. So it’s not a huge surprise Bernie lost there.

What does Sanders need to do to remain competitive? Will Warren’s withdrawing help him?

Well, Warren is the one who occupies the progressive wing of the party—she is also a bridge between the establishment wing and Sanders. Her withdrawal may help him somewhat but I don’t think it’s going to be enough. The bigger problem for Sanders is that a core part of his supporters didn’t come out for him the way Biden’s supporters, like African American voters, did.

Voting is a learned behavior, and throwing your prospects behind inexperienced voters when you really need them to turn out is always dicey. That’s not a criticism of Bernie supporters—it’s just something that political scientists have learned from long observation and crunching the data. If you are relying on people with less voting experience to turn out, maybe they will—they did for Obama—but they may also stay home.

Do you the see Democratic convention this summer as being contentious?

Of course it depends on whether Biden can continue to ride the momentum he’s gained in recent weeks. But another interesting thing is to watch how rule changes affect the convention. After 2016 one thing Sanders was adamant about, and was able to get some movement on, was removing superdelegates from the first round of balloting. In 2016, Hillary Clinton had the advantage of support from the superdelegates before the convention opened. Sanders’ only recourse was to make an appeal the superdelegates to turn his way. It will be interesting to watch the candidate positions on this issue as we get closer to the 2020 convention. As the frontrunner, Sanders has been saying that he wants superdelegates to fall in line with the candidate with the highest delegate count, even if he doesn’t have the required 1991 votes to win on the first ballot at the convention. But the new rules, which Bernie influenced four years ago, state the superdelegates can vote in the second round. Now Bernie may find himself, once again, trailing in the race. If he still trails Biden he may be forced again to make another last-ditch appeal to the superdelegates.

What’s behind the sudden shift to Biden?

Exit polls show with a lot of consistency that Democrats are laser focused on electability—the thing they care about most is beating Trump. For a long time Bernie used that sentiment to his advantage: he said “I’m going to able to activate previously uninvolved voters.” But that support didn’t materialize for him on Tuesday . . .

Also there’s an expectation that Biden will do a better job bringing other Democrats into office with him in Congressional and local races. Here’s why that matters—we’re in middle of the 2020 census. Once that is over, state legislatures across the country will be engaged in redistricting. Ten years ago the GOP made a concerted effort to grab as many state legislative seats as they could so they could control the redistricting process. This is a politically smart strategy. Along with gerrymandering, they created an electoral map that’s very favorable to them. So we’re on the precipice of this redistricting again, and if the conventional wisdom is correct and Bernie’s coattails aren’t strong, it could hurt them in Congress and at the state level too, at a really critical time.

Much of your research focuses on the judicial branch. Looking ahead to the general election, how important is the issue of judicial appointments going to be?

What happens in the current political climate is that when GOP candidates talk about judges, it brings together disparate parts of their base. There’s nothing but upside for them. When gun- rights advocates hear judges mentioned, they think “second amendment.” Conservative Christians see judgeships as key to advancing their views on abortion and gay rights. It’s a nice easy shorthand Republican candidates have used effectively. I’ve done work on how candidates talk about judicial nominees. George W. Bush did this all the time—talked about judges—and it was a major applause line at every rally. Exit polls in 2016 indicated that the Supreme Court was a big motivating factor for Republicans, but while Democrats understand the importance of Supreme Court and Federal Court nominees, it’s not as much of an animating issue for their voters . . .

Republicans have been working for decades to gain more influence over the judiciary and it has become something of a rallying cry for the base. It didn’t happen overnight—this is the result of a deliberate strategy by the Republicans dating back several decades. The Federalist Society was launched to build a deep bench of young, talented conservative lawyers who one day could form the core of a more conservative judiciary. They’ve been at this for a long time.

Professor Holmes specializes in judicial politics, constitutional law, gender and law, and American politics. Her research focuses on various issues surrounding the politics of appointing federal and state court judges. Her recent work on how presidents use judicial nominees to court favor with their partisan supporters and interested groups has been published in Presidential Studies Quarterly, American Politics Research, and the Drake Law Review. Her current project examines the implications of politicized appointment politics on the careers and attitudes of judicial nominees.

Kevin Coburn
"Exit polls show with a lot of consistency that Democrats are laser focused on electability—the thing they care about most is beating Trump." 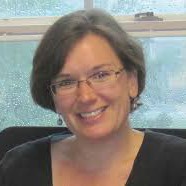