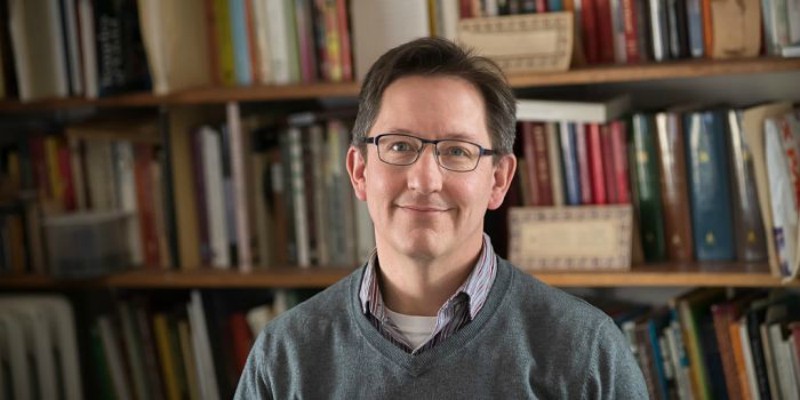 In May 2018, six prominent Thai monks were arrested: five for embezzlement and one for criminal conspiracy and forging royal signatures in blood on the back of amulets that he created. Afterwards, their robes were forcibly removed before they went to prison.

While unable to speak publicly, most Thai monks see these as trumped up charges, meant to silence the broader monastic community. "When we think about religious actors like Buddhist monks, we normally think about meditation, and rarely about the rules that govern monks," says Thomas Borchert, professor of religion at UVM.

He presents his lecture "Bloody Amulets and Punitive Disrobing: Reflections on the Legal Environment for Monks in Thailand" October 3, at 4:30 p.m. in Memorial Lounge, Waterman, as part of the 2018-19 College of Arts and Sciences Full Professor Lecture Series.

Borchert specializes in the relationship of religion and politics in contemporary Asia. He explores how state and non-state actors such as Buddhist monks and nuns utilize categories like “religion” and “superstition” to foster political agendas and also maintain their traditions in the context of development and political change.

In Thailand, the legal environment for Thai monks includes three different legal regimes – religious law, government rules for monks, and secular laws governing all Thai citizens. In this talk, Borchert will examine how these sometimes conflicting legal regimes can leave Thai monks in limbo and unable to effectively respond to the Thai State.

Borchert is the author of Educating Monks: Buddhist Minorities on China’s Southwest Border (University of Hawai’i Press), the editor of Theravada Buddhism in Colonial Contexts (Routledge 2018), and numerous journal articles and book chapters. Since 2009, he has been researching monastic and political identity in Thailand with the support of the College of Arts and Sciences and a Fulbright Fellowship.