Melody in a Pandemic: How the UVM Lane Series is keeping Music Alive 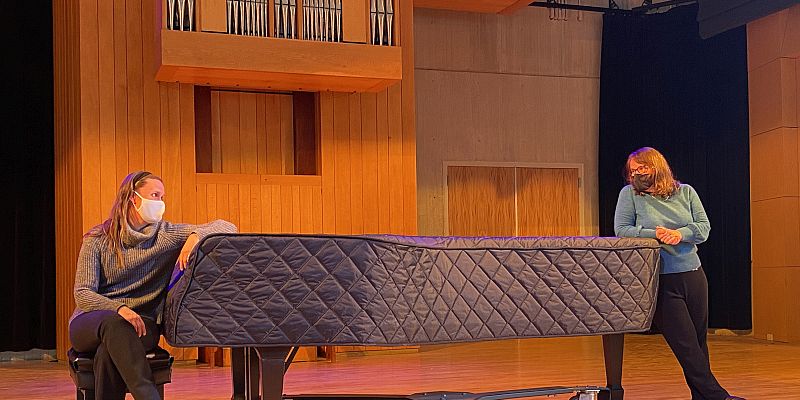 Live music presentation has been one of the hardest hit industries during the COVID-19 pandemic.  Typical concert venues, where the audience sits elbow to elbow to fill the seating to capacity are on hold.  But the UVM Lane Series, an organization dedicated to presenting live classical, jazz, folk, chamber, and choral music continues to soar.  Through creative solutions, a determined staff, a generous audience, and just a bit of luck, the Series has continued to prosper and thrive, even in a global pandemic.  Central to its success is The Lane Series’ dedicated staff: Natalie Neuert, Director and Department of Music faculty member; Rebecca Stone, Manager; and Freda Farrell, Operations Coordinator.

The spring season launches on Friday, featuring Vermont artists Dwight and Nicole. The spring series focusing on Vermont artists – with all proceeds -- after some initial costs -- split 50/50 between the Lane Series and the artists it hosts), tickets are available now.

For the staff that run the Lane Series they have learned to roll with the pandemic and stay true to their mission to bring music that engages audiences to Vermont, and now around the world through the livestreaming performances. When the pandemic first hit a year ago, despite decades of combined knowledge and years of  successful seasons, they were initially stunned. “There was a kind of disbelief,” Natalie said.  “Like many of our colleagues in the field, we were thinking, ‘Oh, it’ll get better.  We’ll cancel the next show and it’ll be better in another week.’”

They issued vouchers for future events to a very understanding and supportive audience and looked to the future. “We were worried about everything: audience, artists, and our entire business model,” said Natalie.

Both turned to looking for creative solutions to keep music going safely.  They co-sponsored Hurly Burly, a free outdoor series staged by the Flynn and the Jazz Festival spotlighting Vermont artists in Burlington parks.  Masks were required, and to maintain social distancing, they had to limit the number of people who would attend by only announcing the location of the events the morning of.  Musicians performed on flatbed trucks to audiences of about 150 people.

“Rebecca and I had a lot of experience producing summer outdoor concerts,” Natalie said.  “And we swore we would never do anything outside again.  Because it’s a heartbreaker, you know, with the weather and the amount of work to set up staging and make sure the sound is good and controlling ticketing.  But there are times when that effort is called for, and this was one of those times.  The Flynn and Jazz Festival staff did an amazing job pulling it together and we were proud to help. And the people in the audience were so grateful.”

During the fall, the three knew that, given the circumstances, they couldn’t have an audience in the Recital Hall.  It was particularly disappointing, because the hall had just been renovated, and they were excited to show the Lane audience the new improvements. But the risk was simply too great.  But even though live performances could no longer happen in person, perhaps there was a way to still produce events for an audience.  The solution they ultimately came to was live streaming.  This past fall, the Lane Series produced three live events from the Recital Hall featuring Vermont musicians and speakers (as well as two concerts that happened off-site). These were not Zoom concerts but fully-produced events in real time, with three HD cameras, great acoustics, professional technicians, and a password-protected Vimeo site. They set the price for tickets to these virtual concerts at $20 dollars, about half the price of a normal Lane Series concert ticket.  The first concert of the fall semester was held on October 23rd, featuring Vermont folk/roots/celtic artists Moira Smiley,Tyler Bolles, Seamus Egan, and Yann Falquet.

Natalie said they weren’t sure what to expect. “We thought, if we sell tickets, we’ll be happy.  Even if we only sell 50 tickets, we’ll be happy. At least we are working to fulfill our  mission and serve our audience and give the artists some work.”
The first show sold about 200 tickets.  The last show of the semester, featuring cellist Zoe Keating, who is known internationally for her looping cello technique and exquisite original compositions, sold 1,300 tickets well above the UVM recital hall’s capacity of 300 seats.
The Lane Series staff are long time professional artists and arts administrators. Although Natalie started out in music, her focus shifted to theater by college and grad school, where she studied acting and directing. Upon moving to Vermont, she was hired by the Vermont Symphony Orchestra as production manager, moving on to the marketing director position. Her theater training gave her a background in logistics and staging for large arts events which applied directly to working with an orchestra. She came to the Lane Series as Manager in 1994 and took over as Director from Professor Jane Ambrose in 2010. It was at the VSO where she met a very young Rebecca Stone, who interned with the Symphony one summer and went on to achieve an advanced degree in conducting as well as an MBA from UVM. In addition to being an accomplished musician, she brings business-related knowledge, marketing acumen, and quick mastery of complex financial systems to Lane. Freda Farrell, who is in charge of all things logistical, has a degree in theater and was a successful stage manager off and on Broadway (including the Green Day musical: American Idiot) prior to coming to UVM. Freda is in charge of all things logistical, and her background in technical production has been instrumental in making the conversion to live streamed productions.

Nicholas Kehm is a fourth-year student at UVM studying English and Philosophy.  He also works as a writer and editor for the Center for Research on Vermont Newsletter. 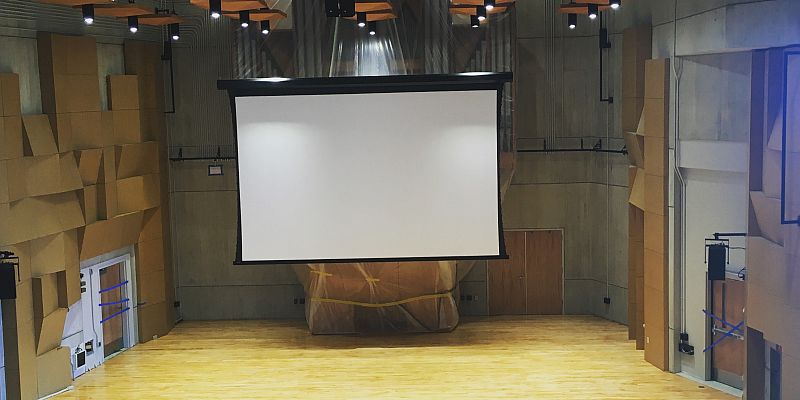 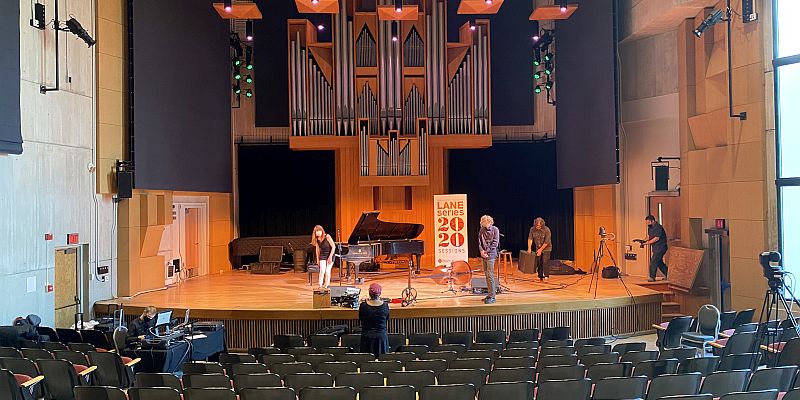