Sarah Osten is a historian of Latin America specializing in twentieth century Mexico. She holds a PhD in history (2010) and a MA in Latin American and Caribbean Studies (2004) from the University of Chicago. Her BA is from Brown University.

Osten teaches on a wide variety of Latin American topics and countries, from the colonial era to the present. In addition to introductory courses on Latin American history, she teaches courses on topics including revolutions, authoritarianism, indigenous history, history and memory, drugs and drug trafficking, and modern Mexican history.

Her first book, The Mexican Revolution's Wake: The Making of a Political System, 1920-1929 (Cambridge University Press, 2018) is a social and political history of regional Socialist parties in southeastern Mexico that set critical precedents for the creation of Mexico's single party-dominated political system in the years following the Mexican Revolution. In 2019, it received an honorable mention for best social science book on Mexico from the Mexico section of the Latin American Studies Association (LASA). A Spanish language edition is forthcoming with the National Autonomous University of Mexico (UNAM) press in 2022. In 2021, Osten won another honorable mention from the Mexico section of LASA for best article in the social sciences for “Out of the Shadows: Violence and State Consolidation in Postrevolutionary Mexico, 1927-1940” (The Latin Americanist, June 2020).

Her current and planned future research examines long-term legacies of political violence in modern Mexico, and the changing meanings of "revolution" in Mexican politics during the twentieth century. Her second book is about Mexican solidarity with Central American revolutions in the 1970s and 1980s. In Latin America more generally, she is particularly interested in revolutionary politics, campaigns and elections, political violence, the formulation of citizenship and rights, and the relationships between governments and opposition movements.

Before coming to UVM, Osten was a visiting assistant professor of history and a Mellon postdoctoral fellow in Latin American and Caribbean Studies at Northwestern University. She is originally from the Boston area. 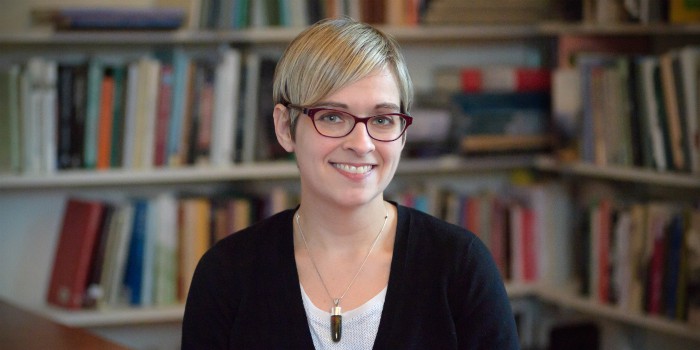