After growing up in New York, Charlie Briggs majored in history at Grinnell College in Iowa, before going on to receive his M.Litt. from the University of Edinburgh in Scotland and Ph.D. from the University of North Carolina at Chapel Hill (1993).  After a decade and a half of teaching and administration at Georgia Southern University, where he was Professor of History, Briggs returned to the more amenable climes and landscape of the Northeast.  A specialist in the intellectual and cultural history of Europe in the thirteenth through early sixteenth centuries, he teaches courses in late medieval and early modern European history, global history, and historical methods. He also teaches in the Honors College.

Briggs’s most recent book is A Companion to Giles of Rome (Brill, 2016), which he co-edited with Peter S. Eardley.  He has also authored: The Body Broken: Medieval Europe 1300-1520 (Routledge, 2011); Giles of Rome’s “De regimine principum”: Reading and Writing Politics at Court and University, c. 1275-c. 1525 (Cambridge University Press, 1999) and edited (with David Fowler and Paul Remley) The Governance of Kings and Princes: John Trevisa’s Middle English Translation of the “De regimine principum” of Aegidius Romanus (Garland, 1997).  He is now preparing a second edition of The Body Broken and working on two other book projects, The Hundred Years War (Hackett Publishing) and Giles of Rome, “De regimine principum” (3 volumes, Dallas Medieval Texts and Translations).

He has published numerous book chapters, the most recent being a chapter on Giles of Rome’s “Life, Works, and Legacy,” in A Companion to Giles of Rome; “Moral Philosophy and Wisdom Literature,” in The Oxford History of Classical Reception in English Literature, vol. 1, 800-1558 (Oxford University Press, 2016); “Scholarly and Intellectual Authority in Late Medieval European Mirrors,” in Global Medieval: Mirrors for Princes Reconsidered (Ilex Foundation/Harvard University Press, 2015); “The Clerk,” in Historians on Chaucer: The “General Prologue” to the Canterbury Tales (Oxford University Press, 2014); and “History, Story, and Community: Representing the Past in Latin Christendom, 1050-1400,” in The Oxford History of Historical Writing, Volume 2: 400-1400 (Oxford University Press, 2012).  His articles have appeared in the journals Rhetorica, LATCH [Online], Journal of Medieval History, English Manuscript Studies, Medieval Perspectives, Manuscripta, and Scriptorium.  In addition to receiving research funding from the American Philosophical Society, he has been a Leslie Humanities Fellow at Dartmouth College, a Mellon Fellow at Saint Louis University, and Starr Foundation Visiting Fellow at Lady Margaret Hall, University of Oxford.  In December 2011 he was made a Fellow of the Royal Historical Society. 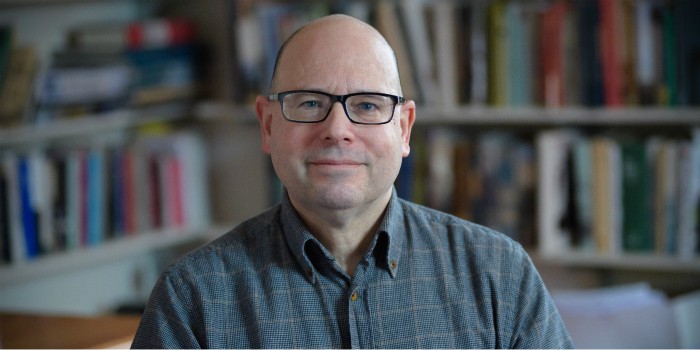