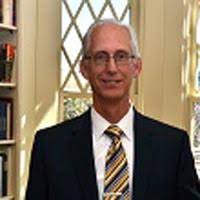 As a lawyer in Medford, Oregon, with his own practice, Mark Wolfe ’90 began volunteering for the Southern Oregon Historical Society in the 1980s. He found that he loved helping people write National Register nominations and research their buildings. He also joined the SOHS’s board of directors. Soon enough he was donating more of his time as a preservationist than he was working as a lawyer.

“I finally decided to go back to school to get a degree in historic preservation so that I could make a living basically pursuing my hobby,” he said.

After receiving his M.S. degree in Historic Preservation from UVM in 1990, Wolfe headed for South Dakota where he worked as a city planner for Deadwood, and then as the city’s historic preservation officer. His more than six years in Deadwood were “an incredible opportunity for someone just getting out of school. We had money and the support of the entire state to do the right thing. So we oversaw the restoration of practically every commercial and public building in town.”

From that success, he went on to manage Colorado’s State Historical Fund for 12 years, and for nine of those years he was also the state’s deputy historic preservation officer.

Wolfe’s next move was to Austin. The Texas Historical Commission hired him to replace the retiring state preservation officer. Two months after he arrived, Hurricane Ike devastated parts of the Texas Gulf Coast. “We had several staff members in the field, working out of FEMA offices, every day for several months,” he said. “And we continued to process Ike-related projects for another seven years.”

Wolfe is proud of Texas’s progress in preservation, restoration, and interpretation. The commission has a staff of more than 200 and oversees 22 historic sites. A current project is the construction of a visitor center at the location where Stephen F. Austin brought the first 300 American families to settle in what was then Mexican Tejas. There are plans for a new visitor center at the Levi Jordan Plantation, “where we can better tell the story of African Americans in Texas and their contributions to the sugar and cotton economies, and the celebratory story of Juneteenth and subsequent achievements.”

Texas has one of the nation’s most successful Main Street programs, a statewide heritage tourism program that is the envy of other states, and an award-winning grant program that has assisted in the restoration of more than sixty county courthouses, Wolfe said.

“I always say that in Texas you don’t have to argue with anyone about whether or not history is important,” he said. “It’s in their blood.”