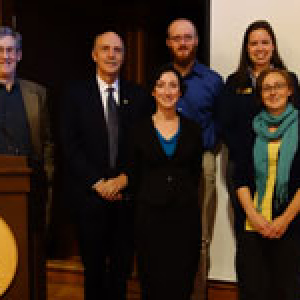 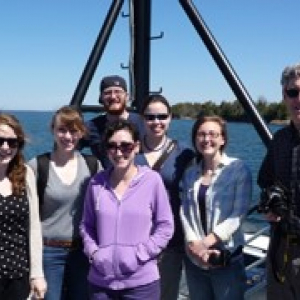 Graduate students may have the opportunity to take field study trips to observe preservation projects around the globe individually or in groups. In the HP 304 Seminar in Contemporary Preservation Policy and Planning course, research travel and lodging expenses may be subsidized with scholarship grants from the Historic Preservation Program's endowment or gift fund. Graduate students have taken field research trips to the Netherlands, Mexico, Peru, Poland, Italy, Scotland, England, Nicaragua, Austria, Cuba and many cities across the United States and Canada. 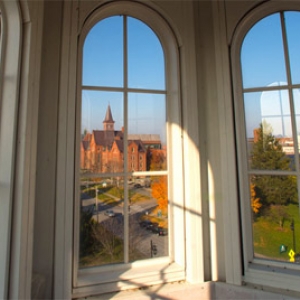 To support research travel scholarships and other enhancements, the Historic Preservation Program has received generous gift contributions from its alumni, supporters, and a number of foundations and agencies, including the National Center for Preservation Technology and Training, National Park Service, Eva Gebhard-Gourgaud Foundation; Cecil Howard Charitable Trust; Patrick Foundation; National Endowment for the Arts; U.S. Department of the Interior through the Vermont Division for Historic Preservation; National Trust for Historic Preservation; Vermont Council on the Arts; Vermont Council on the Humanities and Public Issues; New York Community Trust; New Hampshire Charitable Fund; Kellogg Foundation; Windham Foundation and other private and public donors. Some of these funds are invested in an endowment dedicated to program support and enrichment.

Adrienne Dickerson  completed a summer internship with the project review team for the Vermont Division for Historic Preservation in Montpelier. She contributed to the Section 106 and Act 250 review process and attended site visits throughout the state of Vermont with the Division. She also assisted with historic research of properties under review, some of which she presented at a meeting of the Vermont Advisory Council on Historic Preservation. After graduation she was hired as an architectural historian with the Louisiana State Historic Preservation Office.

Jacob Collins had an exciting summer with the Blackstone River Valley National Historical Park as a National Council for Preservation education intern. He conducted research on Ashton Mill Village, 19th century workers’ housing built for the adjacent Ashton Mill, in Cumberland, R.I., and the Captain Wilbur Kelly House in Lincoln, R.I., an early 19th century superintendent’s house for one of the earliest mills in the state. The majority of his time was spent researching the alterations, from a late 19th century renovation to a 2015 tax credit funded restoration of the Ashton Mill Village.

Gabrielle Fernandez spent a summer working as an intern with the Vermont Historic Sites Program. For her summer internship, Fernandez worked at the Justin Morrill Homestead (above) in Strafford, Vermont, studying the agricultural activities at the National Historic Landmark during Justin Morrill’s era. Justin Morrill, the famed “Senator from Vermont,” designed the landscape, farm buildings, and residence at the Gothic Revival site between 1846 and 1848. The purpose of Gabrielle’s internship was to delve into Justin Morrill’s activities at his farm, his level of knowledge, input, participation, yields, background and more. 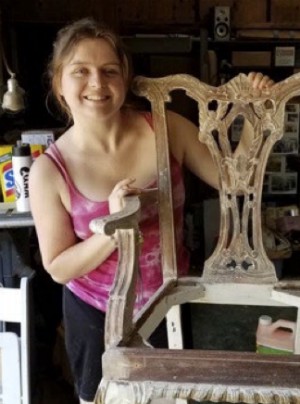 Emma Haggerty (pictured here) interned with the National Trust for Historic Preservation at the Lyndhurst Mansion in Tarrytown, N.Y. Lyndhurst is a Gothic Revival mansion designed by Alexander Jackson Davis and completed in 1865. The house stands atop a hill, which overlooks the large property that provides beautiful views of the Hudson River, Palisades, and Manhattan skyline.  Haggerty’s role was to perform hands-on conservation to the building and its surrounding structures under the guidance of Project Restoration Manager Tom Richmond and fellow UVM HP graduate, Krystyn Hastings-Silver. Her duties included masonry, carpentry, painting, plastering, and living on site in the Greenhouse Service Building.

Students in the field