A strength of the program is the strong personal and professional bonds that develop between students and faculty. Graduates of our program discover they are part of a deeply resourced alumni network that provides networking opportunities, on-line communications and mentoring programs.

Alumni in the Field

The following is a sample of employment positions of UVM Historic Preservation alumni:

An ongoing study of professional career openings in historic preservation in the U.S. has been conducted by Professor Thomas Visser, director of the University of Vermont Historic Preservation Program. A special report on this study was published in Preservation Education Research journal. His findings also have been presented at preservation conferences in the United States and Canada.

The study has shown that professional historic preservation career opportunities in the commercial sector have included jobs with cultural resource management consultants, contracting and development companies, and architectural firms. In the government sector, positions at the federal level included those with the National Park Service and various federal agencies; at state levels with state historic preservation offices (SHPOs), state transportation departments and other state agencies; and at local levels with municipal planning departments and preservation commissions. Historic preservation positions with non-profit organizations included openings with the National Trust for Historic Preservation, with statewide and local preservation advocacy organizations, with community development and main street organizations, and with historical societies and historic sites. In the education sector, a small number of preservation-related positions have been offered for faculty openings, for contract-based research, and for administration and planning jobs.

The following chart shows annual trends of preservation job openings posted on PreserveNet tracked by economic sector (commercial businesses and consulting firms; governmental offices; non-profit organizations; and academic institutions). Although PreserveNet has been one of the most active historic preservation job listing services in the U.S., its process for gathering and posting job announcements may have varied through this period. 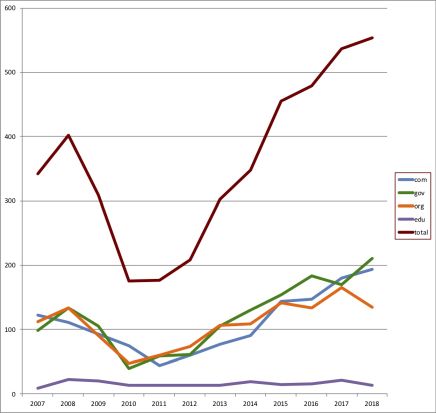 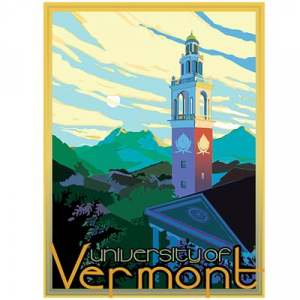 Organizations that wish to have professional preservation job opening announcements or internships posted and distributed to students and graduates of the University of Vermont Historic Preservation Program are invited to send notices by e-mail to Historic.Preservation@uvm.edu

UVM HPP graduates who wish to receive such listings by e-mail are encouraged to forward a request with their current e-mail address to Historic.Preservation@uvm.edu