The UVM Greenhouses are a hive of activity year round, supporting multiple research projects and objectives.

Myriad opportunities for undergraduate research are available, some with funding. The UVM Greenhouse Complex on main campus hosts an array of research, all of which present opportunities for hands on learning. Research is not just for faculty and graduate students, undergraduate students also benefit from the practical skills gained when working directly on a project. Learn about a few projects currently underway in the greenhouse below. 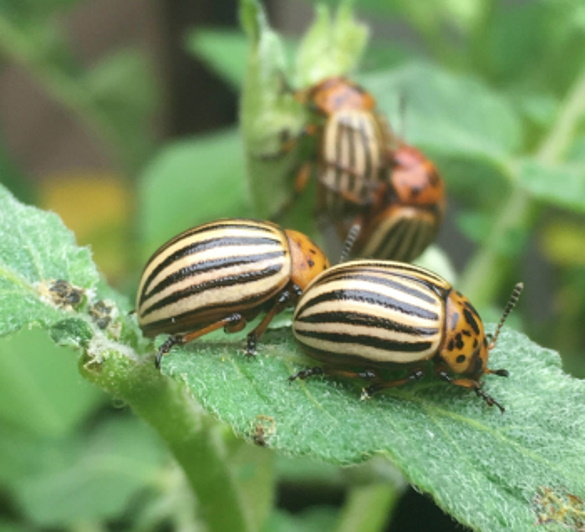 The Insect Agroecology and Evolution Lab

The Insect Agroecology and Evolution Lab is currently researching how environmental stressors impact the Colorado potato beetles (CPB) ability to tolerate other stressors, a physiological process commonly known as cross-tolerance. Colorado potato beetles are notoriously known for their ability to develop rapid resistance to insecticides- totaling to 55 different insecticides at the moment. To understand whether insecticide resistance is associated with cross-tolerance to other types of stress, the IAEL maintains a large beetle colony to conduct stress exposure experiments in the lab. In order to support the growth of the colony, potato plants are being grown at the UVM greenhouse. Information gathered from this study will allow us to understand how rapid adaptation to stress occurs in the beetle at both the genetic and phenotypic levels. 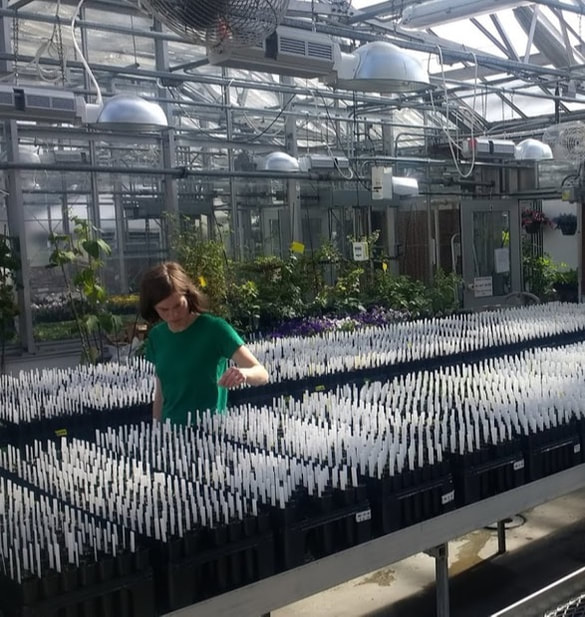 Red spruce (Picea rubens) plays a prominent role in boreal communities throughout the Appalachians, and its populations are marked by distinct evolutionary histories. In a three-year project funded by the National Science Foundation, the Keller Lab is studying local adaptation to climate across three zones of P. rubens distribution: the current core of the range in the Northeast, the marginal zone at lower latitudes with more fragmented populations, and the trailing edge of the range, from Pennsylvania to Tennessee, where spruce are isolated on mountaintops. These “island” populations are remnants of spruce forests that covered the South when the ice sheet extended as far south as Long Island. As the glacier retreated and temperatures warmed, spruce retreated to these mountaintop refugia, bringing the rich genetic legacy of these ancient forests with them. The more northern range core, by contrast, was recolonized after the glacier and thus, despite being much larger than the edge populations, has less genetic diversity to draw on and has had less time to adapt.The goal of our study is to understand the influence of population size, range limit, and genetic diversity on P. rubens local adaptation to climate change in the past, present, and future The von Wettberg lab studies evolutionary ecology, ecological genetics, and conservation genetics in crops, crop wild relatives, and rare plants. We are interested in understanding how plants tolerate environmental stress, how stress tolerance evolves, and how variation in tolerance affects interactions with other organisms. Our group encourages the use of a broad range of tools from genomics and next-generation sequencing, to physiology, to field biology, and collaborate widely to test hypotheses in a number of ecological communities - many in beautiful exotic places. We primarily work on wild chickpea in Turkey and Ethiopia as part of the Feed the Future- Innovation Lab for Chickpea. Often, we confront the consequences of population bottlenecks that have occurred during either crop domestication and breeding, or as a consequence of habitat destruction, degradation, and fragmentation. Domestication and breeding cause severe reductions in effective population size, and can eliminate adaptations to stressful conditions in crop plants. Endangered species often have small population sizes for any number of reasons. We use the tools of genomics and evolutionary ecology to preserve diversity of crop wild relatives and endangered species, and to understand adaptation to particular habitats.

Faculty who utilize the Greenhouse for research and teaching 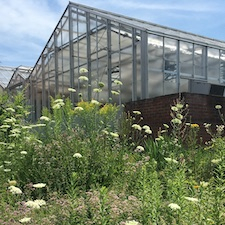