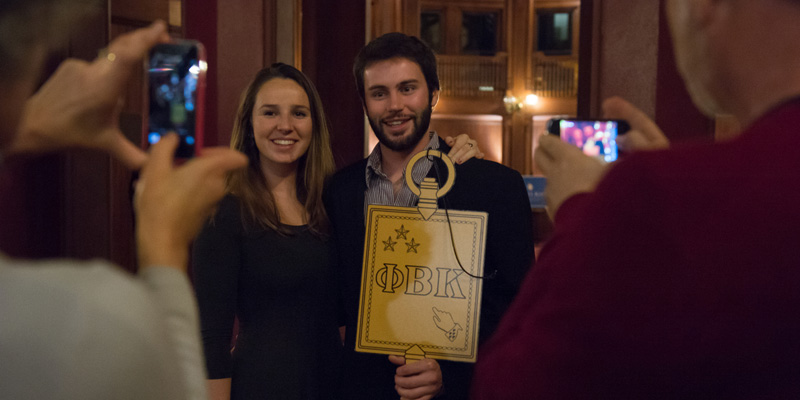 UVM students at the Phi Beta Kappa induction. PBK is the oldest and most prestigious academic honor society in the United States. (Photo: Sally McCay)

The University of Vermont’s Phi Beta Kappa chapter, celebrating its 170th anniversary this year, is featured on the cover of the fall issue of The Key Reporter, the national Phi Beta Kappa magazine.

Phi Beta Kappa is the oldest and most prestigious academic honor society in the United States. Only about 10 percent of U.S. colleges and universities have academic programs in the liberal arts and sciences that are rigorous enough to house a Phi Beta Kappa chapter.

“It’s an honor to be selected to be on the cover of the Key Reporter and a great way to celebrate our anniversary,” said Meredith Niles, president of the UVM Phi Beta Kappa chapter and an assistant professor in the Department of Nutrition and Food Sciences. “Phi Beta Kappa has a vibrant history at UVM, and we’re still going strong in 2018.”

Chartered in 1848, the 11th in the country, UVM’s Phi Beta Kappa chapter was the first to extend membership to women, in 1875, and the first to admit an African-American, in 1877.

Every year, about 75 new UVM students are inducted. Students admitted for the 2017/18 academic year will be announced later in the fall semester.

Since 1848, approximately 4,200 UVM students have been inducted to Phi Beta Kappa. 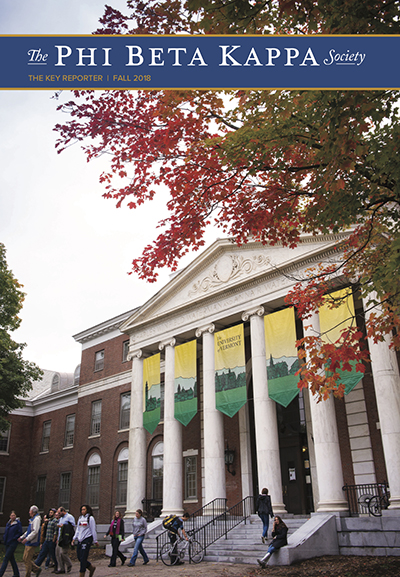